Home Educational program How to make yourself and your life more efficient: 10 secrets from residents of Silicon Valley

The world is full of stresses and uncertainties, but in Silicon Valley, the IT capital of the world, there are even more of them, because those who do not follow the trends, but create them, achieve success here. So how do they cope with all the stresses while making the lives of others more technological and easier? 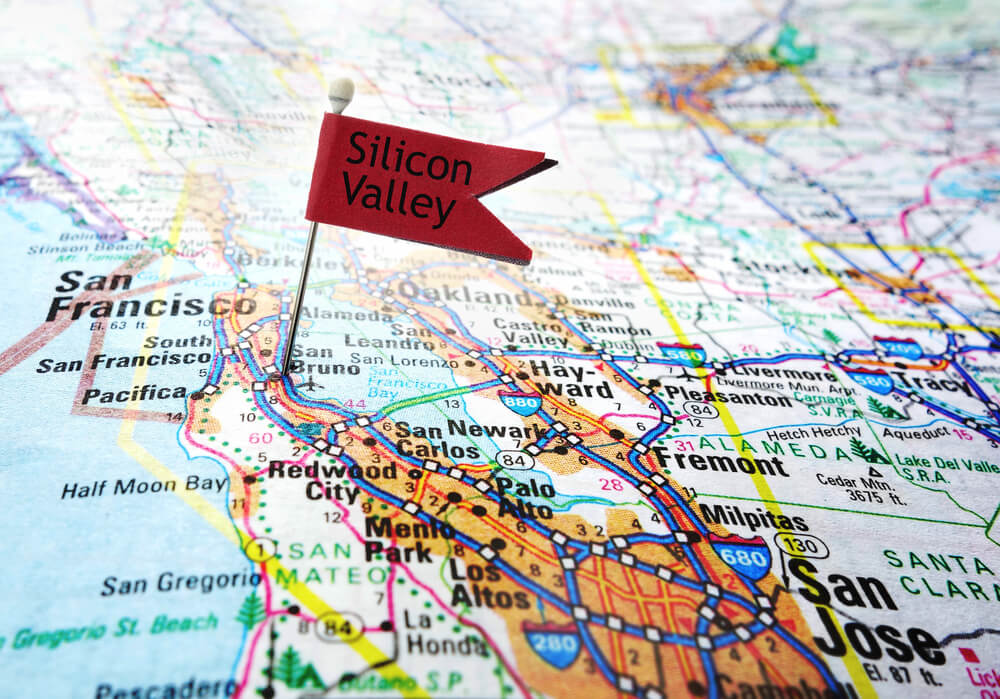 Edition RBC compiled a list of the most common habits characteristic of the approach to life and work of the inhabitants of the Valley.

“Hiking” is the first word that a visitor hears from his local friends in Silicon Valley, when it comes to ways to have fun at the weekend. The terrain in Silicon Valley and around the hilly, so that hiking here almost always involves numerous ups and downs. Everybody goes hiking in Silicon Valley, but this occupation is especially popular among middle-aged and older people.

Masters of sports hiking climb the local mountain Diablo, which overlooks the entire valley, San Francisco and the bay. The rest prefer to go there by car and walk along the top.

Taking care of your body

The second point logically continues the first. No tobacco and overeating, instead of simulators and all the same hiking. In Silicon Valley, it is customary to take care of your health, and to find near offices Google facebook and other IT giants of a man with a cigarette in his hand, will have to try hard. Tobacco in Silicon Valley has long been cursed and sentenced to oblivion, if someone smokes, it is a programmer who has recently come from India or Russia, he is very ashamed, he tries to quit and will soon quit because he cannot bear the amazed looks of others. At the same time, marijuana is legalized in California.

Huge red meat steaks are also not popular in the valley. There is little fashionable here. The staff catering is arranged like this: at lunchtime, dozens of vans with different cuisines - from American to Indian - arrive at the offices, the food is given to employees upon presentation of company badges. Portions of the people imposes sufficient, but not excessive - twice or even three less than the average in any of the classic American diner.

Gyms are everywhere here, and almost everyone goes to them. Who does not walk, he keeps quiet and is not recognized. Watching your body and living forever, or at least as long as possible, is one of the main trends of the valley. Programmers approach it with all their proper system.

This is the name of the program for achieving “complete self-awareness”, which teaches “living in the present”.

Mindfulness guru Bill Duane describes this program as follows: “There are several ways to be aware of yourself in the world. You can think about a multivariate future, live in the present moment; you can think about the history that the present moment will become, and you can also relive a past past. Imagine your consciousness as a spotlight - when we talk about mindfulness, we are talking about directing this spotlight for the moment, towards the here and now. This is active awareness of what is happening, meta-awakening. "

Why did the IT staff need this program and others like it? The benefit, Duane answers, is double: this state of mind allows the worker to react to what is happening around him consciously, rather than automatically, allows him to notice his “blind zones” and constantly learn. And for an organization, the plus is that “self-conscious” employees are capable of greater empathy and greater concentration on their actions, and therefore, better communication. As a result, the company spends less effort on resolving interpersonal contradictions and saves more energy for work. Mindfulness, meditation and other practices to develop empathy and awareness of their actions and themselves in the moment today are part of the corporate culture of many IT giants in the valley.

In a stream of cars driving in the morning on the 101 highway towards Mountain View, Palo Alto and Menlo Park, Tesla and electric hybrids are becoming more common. Of course, most electric cars are in the parking lot near the long white factory building. Tesla. It is located in the open air among a vast field beyond the hills in the direction of San Ramon.

Time in Silicon Valley is expensive, so if you are late for a meeting, you need to call at least 20 minutes and warn about it, even if it is no more than a five-minute delay. In case you are late for half an hour or more, you should offer to postpone the meeting. Non punctuality can ruin a person's reputation. It turns out that he either does not know how to plan his route, which means that he is not smart enough to work in the valley, or does not respect the person he was going to meet with. Stopped by traffic jams? In Silicon Valley, traffic jams interfere with everything, but this should not affect work. Being late means forcing other people to spend their resources on you, and they can count them in the valley. 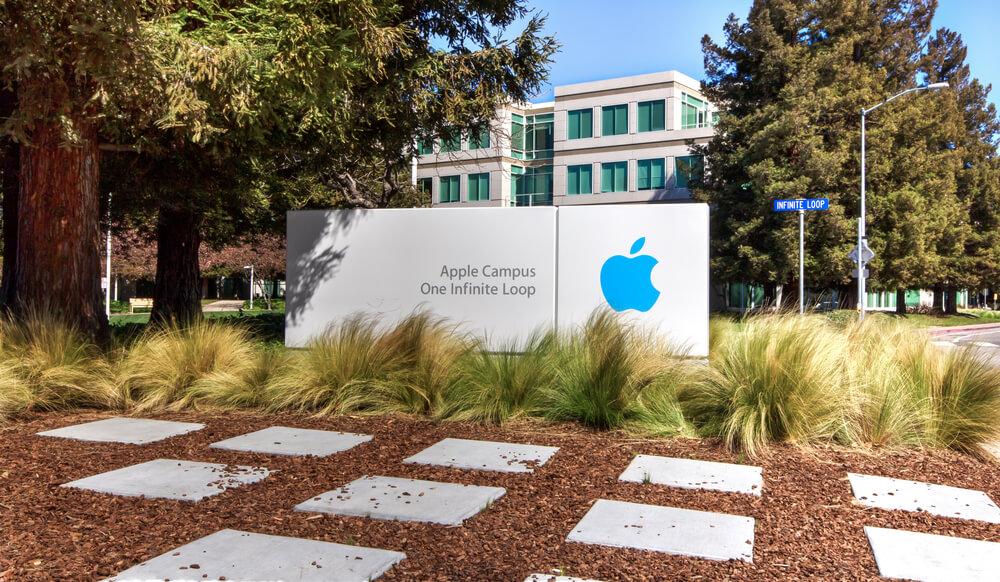 Mathematics and sport for children

Many children of employees of Silicon Valley are involved in sports almost professionally. In one case, it is diving from a springboard and jumping on a trampoline, in the other - kung fu and ballroom dancing. But the piano lessons, so popular in the post-Soviet space, do not enjoy special attention here. It is believed that the child will grow up and decide for himself whether to make music or not.

In general, the main trends of Silicon Valley are aimed at saving time, supporting health and stimulating intellectual activity. From these aspirations, a number of typically local approaches to work, life and leisure grew. They can not be called mass habits, but they are quickly gaining popularity.

Meetings on the go

Taken in corporations like Google and Facebook business meetings, combined with a walk through the surrounding office buildings to lawns, help to reduce the time spent on the meeting and solve the problem of physical inactivity.

Time is money, so IT workers don’t welcome the traditional “one hour and more” meetings, so beloved by Russian bosses. Studies have shown that half an hour long meetings are no less effective than time. The companies in Silicon Valley went ahead and began to break up meetings at 10-minute intervals. If 10 doesn’t have enough minutes to discuss a task, you can request an 20-minute or half-hour meeting with management.

The guru of the "intellectual diet" Dave Esprit is called by many as a slang term. quackwhat quack means from medicine. Esprit worked for a long time in various Silicon Valley startups until he opened his own business in 2013 and started working on it closely. The main product of his company is Bulletproof coffee, a special blend of coffee with butter and vegetable fats derived from coconut. The recipe of Esprit, as is common to all gurus, was discovered during a trip to Tibet. According to him, coffee helped him boost his own IQ by 20 points. Since brains are the main gold of the valley and employees of startups are by definition open to new ideas, Bulletproof coffee quickly gained popularity on the West Coast. However, the attempt to distribute sales to the east failed: the cynical New Yorkers did not appreciate coffee in Tibetan, and the sales office in the city was closed after several months of work. While coffee with coconut oil remains a fashion trend exclusively on the west coast.

Startup Nootrobox in Silicon Valley, introduced 36-hour periods of abstinence from food for all of its employees back in 2016. And not for weight loss, but for the sake of stimulating brain activity. Former head Evernote and the current head of the studio All turtles Phil Libin sometimes goes hungry for a week, which, according to his confession, "changes consciousness." The rest of America is watching this trend with interest.

Silicon Valley in the United States is called "a playground for the rich and brilliant," the keywords are "playground," because its inhabitants are on average younger than "ordinary America": the average age of employees Apple - 31 year, Google - 30 years, Facebook - 28 years.

How to live in Silicon Valley: a walk through the city

How to create a successful startup and move to Silicon Valley: tips from an investor

Personal experience: how to restart in the Silicon Valley business incubator after a failure

Look around, listen to others, look for yourself: 10 tips for the first year in the Valley