The flower of cannabis is used for recreational or medicinal purposes, while the stem of this plant is used for industrial purposes (for example, hemp fibers). Cannabis seeds are used for food and domestic purposes (as a seasoning or hemp oil is made). Cannabis is also known as weed, marijuana and other names. Although many people smoke it, cannabis can be used as an ingredient in food, drinks, tinctures, or topical products. How the different ways you use cannabis affect your body Health Line. 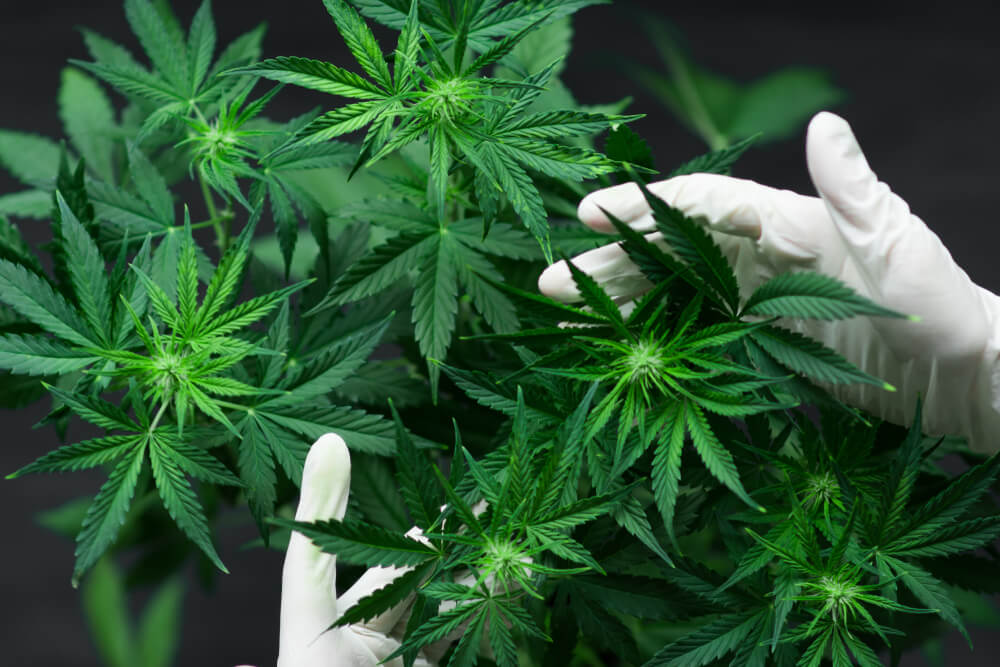 When you inhale cannabis smoke into your lungs, the compounds are immediately released into your bloodstream and then to your brain and other organs. The effect may occur within seconds or minutes.

When you eat or drink products containing cannabis, the compounds must first pass through the digestive system and liver before reaching the bloodstream. The effect occurs within minutes or hours.

There is an ongoing debate about the effects of cannabis on the body. People report a variety of physical and psychological effects, from harm and discomfort to pain relief and relaxation.

Cannabinoids are the active ingredients in cannabis. They are not found anywhere else in nature.

Tetrahydrocannabinol (THC) is responsible for the intoxicating effects of cannabis. It also has potential therapeutic effects in conditions such as:

Cannabidiol (CBD) is non-toxic. It has potential healing effects for conditions such as epilepsy and anxiety.

However, there is still a lot we don't know about THC and CBD.

While the National Institutes of Health has funded research into possible medicinal uses of THC and CBD, research is incredibly difficult and slow due to the federal ban and classification of cannabis as a Schedule drug.

On the subject: UN has removed cannabis from the list of dangerous drugs

Cannabis contains over 100 unique cannabinoids. Science has barely touched on what cannabinoids are capable of.

In recent years, the medicinal properties of cannabis have gained public acceptance. As of March 2021, 36 states and the District of Columbia have legalized cannabis for recreational or medicinal use.

What does THC do when it enters your bloodstream?

Regardless of how you use cannabis, it can cause immediate and long-term effects, such as changes in perception and increased heart rate. Over time, smoking cannabis is fraught with chronic coughs and other health problems.

Beyond the immediate effects of cannabis, there may be longer-term effects depending on how you take it, how much you use it, and how often you use it.

As access to cannabis increases throughout the United States and around the world, knowing the effects it can have on your body is more important than ever.

Like tobacco smoke, cannabis smoke is made up of many toxic chemicals, including ammonia and hydrogen cyanide, that can irritate your bronchial passages and lungs.

If you smoke regularly, you are more likely to have a hoarse voice, cough, and phlegm. You are also at increased risk of bronchitis and lung infections. Cannabis can aggravate existing respiratory conditions such as asthma and cystic fibrosis.

However, according to the National Institute for Drug Abuse (NIDA), there is no conclusive evidence that cannabis smoke causes lung cancer. More research is required.

THC travels from the lungs to the bloodstream and throughout the body. After a few minutes, the heart rate may increase by 20-50 beats per minute. This increased heart rate will last up to 3 hours.

This increases the heart's need for oxygen. If you have it sick, it will increase the risk of a heart attack.

One of the telltale signs of recent cannabis use is bloodshot eyes. The eyes look red because cannabis causes the blood vessels to dilate and fill with blood.

THC, among other things, reduces pressure in the eyes, which relieves the symptoms of glaucoma for several hours. More research is needed to understand whether THC can provide long-term benefits for glaucoma.

THC causes your brain to release large amounts of dopamine, a natural chemical that makes you “feel good.” This is what gives you a pleasant high. In this case, your sensory perception and perception of time is enhanced.

This dopamine cycle explains why 30 percent of cannabis users develop a cannabis use disorder. Severe disorders or addiction are relatively rare but can still occur.

In the hypothalamus, THC changes the way information is processed, so your judgment will be impaired. The hypothalamus is responsible for memory, so it can be hard to form new memories when you're high.

Changes also occur in the cerebellum and basal ganglia. These areas of the brain play a role in movement and balance. Cannabis can change your balance, coordination and reflex response. All of these changes mean it's not safe to drive.

Very large doses of cannabis or high concentrations of THC cause hallucinations or delusions. According to NIDA, there is an association between cannabis use and certain mental disorders such as depression and anxiety.

You may need to give up cannabis if you have schizophrenia or if someone in your family has had the disease. Cannabis may worsen symptoms or increase the chances of developing the disease in people with a genetic predisposition.

In people under the age of 25, whose brains are not yet fully developed, long-term use of cannabis has a detrimental effect on thinking and memory processes.

Cannabis use during pregnancy can also affect the developing fetus. The child may have problems with memory, concentration, and problem-solving skills.

On the subject: Research: Regular use of cannabis causes serious physical changes in the heart

As mentioned earlier, the federal ban has made studies of cannabis exposure largely observational. They can only reveal correlation, not causation.

What's more, these studies tended to look at unregulated, illicit cannabis, and scientists don't know if state-regulated legal cannabis has these effects.

Smoking cannabis can cause a tingling sensation or burning sensation in the mouth and throat during inhalation.

An increase in appetite is common with any form of THC, and this leads to what many people refer to as "binge eating."

This may be helpful for people who need to gain weight or increase their appetite, such as cancer patients receiving chemotherapy.

For those looking to lose weight, this effect is considered a disadvantage, although reliable source epidemiological studies show that cannabis users do not have an increased risk of diabetes or obesity compared to non-users.

Animal studies have shown that THC can negatively affect the immune system by suppressing it.

Theoretically, this could make you more susceptible to infectious diseases. However, for people with autoimmune diseases and an overactive immune system, it can be beneficial.

Further research and human studies are needed to fully understand the effects.

You can study in the USA and get paid for it: marijuana will help you with this