As the 2019-nCoV coronavirus spreads over most of the globe, debates about the effectiveness of so-called collective (group, herd) immunity continue to revolve in public health and politics. What is this strategy for combating an infectious disease? Tells Fox News. 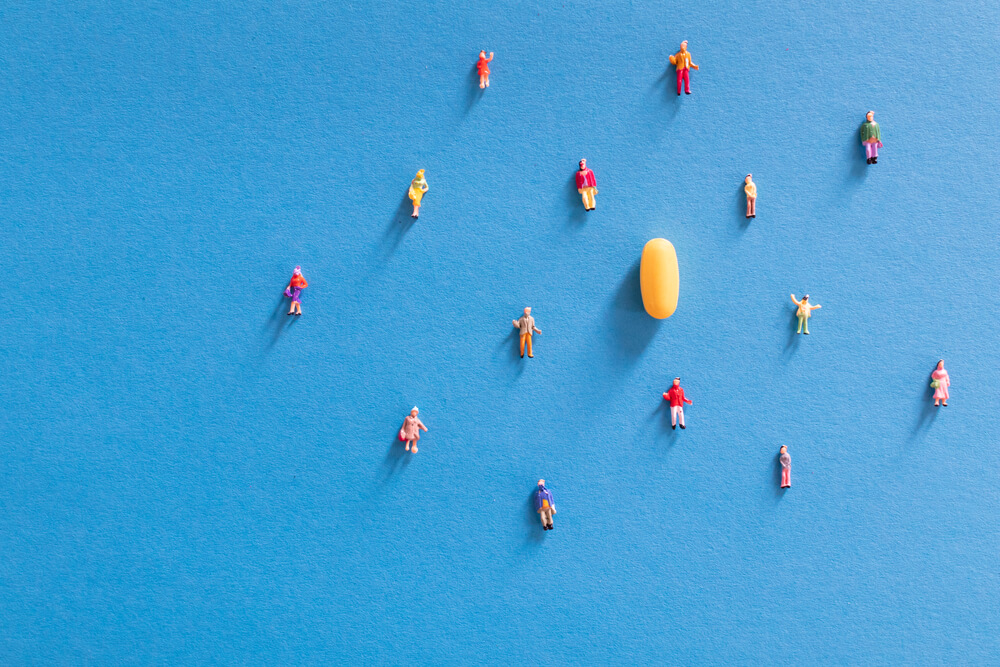 "Herd immunity is protection against infectious disease in a community when a large percentage - usually at least 60% - are immune," John White, MD, chief medical officer at WebMD, told Fox News. - People become immune either through infection and recovery - survival - or through vaccination. As most people in the community become immune, fewer people can become infected. "

But the gluttony of COVID-19 infection threatens to destroy health care infrastructure, prompting most experts to argue that without a vaccine, there is more likely to be more harm than good.

Even when a large part of the West in early March hastened to restrict meetings in public places and issue orders to stay at home, the United Kingdom caused a great uproar, supporting a different strategy based on collective immunity. Instead of imposing strict measures of social distance and ordering public places, the authorities imposed soft restrictions in the hope that a sufficient number of the population would develop protection that would contain the spread. The other day, the country abandoned this plan and also introduced restrictive measures.

“The UK initially said it would rely on herd immunity, but quickly made course corrections when simulations showed that their hospital system would not be able to handle all serious cases,” White explained. "Even if 80% or 90% get mildly ill, 10% is a large number of people for the healthcare system."

On the subject: He helped to eradicate smallpox and make the film 'Infection': the epidemiologist told how to defeat the coronavirus

However, other countries, such as the Netherlands, continue to apply this strategy, despite the fact that it is considered risky.

“The reality is that in the near future, the majority of the Dutch population will be infected with this virus,” Prime Minister Mark Rutte said in mid-March. "We can slow the spread of the virus by creating immunity for the controlled group."

He also noted that it could take “months or more” to create collective immunity, and therefore, during this time, the goal of the authorities will be to protect people at high risk, such as older people and people with weakened immunity.

According to the World Health Organization (WHO), the nature of the coronavirus pandemic requires significantly more action. Many experts consider this approach theoretically justified, but unreasonable, given the lack of a vaccine and the idea that it will take at least a year to develop a vaccine.

“The idea behind herd immunity is that when enough people and a percentage of the population become infected and become immune to the virus, it naturally stops spreading because not many people can get it and pass it on to others. Herd immunity is mainly created by vaccines: a collective or a group becomes immunized, ”said Dr. David Nazarian, a Beverly Hills physician, diplomat for the American Board of Internal Medicine and founder of My Concierge MD. “The problem with herd immunity without a vaccine is the overload and stress of the health care system. The reason they are socially isolated at this time is because too many people get infected at once, and a percentage of them require hospitalization, we do not have enough medical workers, hospital beds and ventilators to treat all the sick. This is what we are seeing now in Italy. "

On the subject: Why coronavirus doesn't start an apocalypse: calming statistics

In addition, Dr. Stanley Weiss, professor of medicine and epidemiology at the Rutgers School of Medicine in New Jersey, emphasized that there is still too much unknown around the new virus, the models are still incomplete, which means that collective immunity is simply too risky rely on in a crisis.

“We expect this to help reduce the spread of COVID-19 over time, assuming that people who are infected and recover will have protective immunity,” Weiss said. “However, with SARS, protective immunity has a limited duration. Thus, accurate temporal dynamics can be very important. For example, there may be repetitive waves. We hope, but do not yet know for sure, that these people have completely defeated COVID-19 and will not be infected again. ”

He also noted that collective immunity will be effective only if the virus does not change in such a way that it can bypass this protective immunity, and that other similar, but different from the current and other known coronaviruses, will not appear in the future.

However, experts also note that collective immunity has repeatedly played a key role in history.

“Herd immunity and vaccination have eradicated two highly (contagious) diseases: rinderpest and human smallpox. The verdict is on the coronavirus, said Shaheen Lakhan, vice president of research and development in neurology and progressive disease in Boston. "It will depend on how immunogenic our body's response to the virus is, that is, what protection the antibodies will provide against re-infection."

And since the vaccine is unlikely to appear in the near future, healthcare providers still hope that collective immunity will become one of the factors that will soon slow down the spread.

“Vaccines are an artificial means of immunity that helps a person to cope with the virus, while infections are the most natural and effective way to provide immunity. Both types of immunity last for a very long time, ”Nazaryan added. - The natural form of immunity from actual infection is generally the most effective because it induces more antibody production and protection against future infections. Ultimately, without a vaccine, a large percentage of the population will become infected with the 2019-nCoV virus, and we will develop herd immunity. ”

He helped to eradicate smallpox and make the film 'Infection': the epidemiologist told how to defeat the coronavirus

'Those who could survive will die': in New York, a critical situation due to coronavirus

Scientists called unexpected symptoms of the latent form of coronavirus