Home Israel Portuguese diplomat rescues thousands of Jews during the Holocaust: a story of heroism and compassion

Portuguese diplomat rescues thousands of Jews during the Holocaust: a story of heroism and compassion

80 years ago, Aristides de Souza Mendes, a middle-aged and not very high-ranking Portuguese diplomat, turned gray in a matter of days. He faced a choice: to obey the authorities or conscience? Mendes lost his career and pension, but the descendants of the people he saved remember him as a hero, writes Air force. 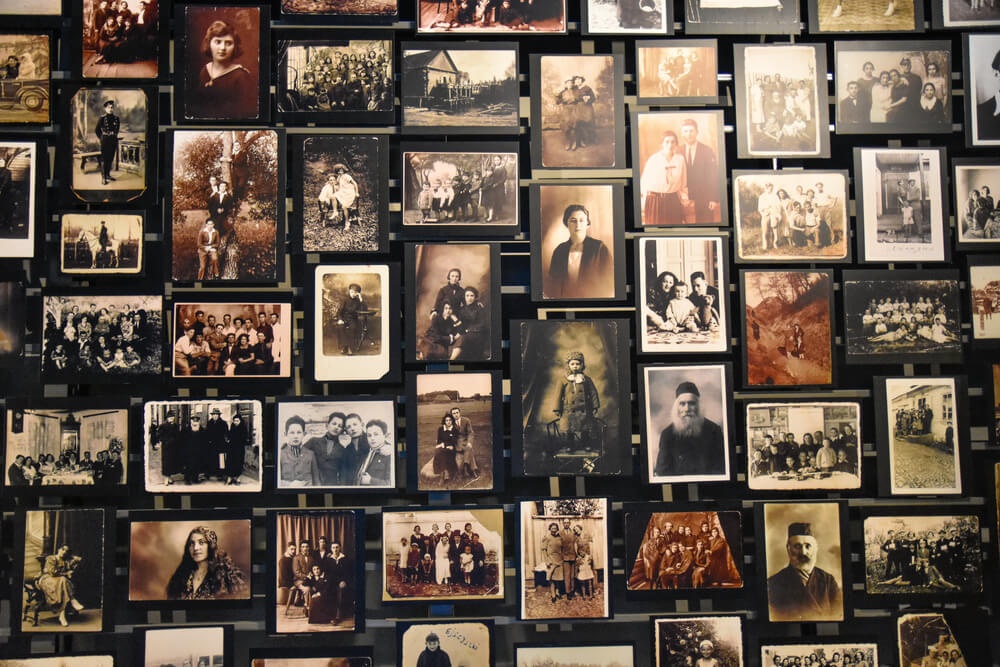 On June 9 this year, in connection with the anniversary of the courageous act of the rebellious diplomat, the Portuguese Parliament decided to establish his bust in the National Pantheon in Lisbon.

“We heard that the French surrendered and the Germans were approaching,” Henry Diner shares his memories. Then he was three years old, but his memory retained vivid pictures of flight with his parents from Belgian Antwerp.

“I remember how I woke up from the bombing, and my mother told me that it was thunder. Then the parents turned on the radio and heard King Leopold saying that the country had been treacherously attacked by Germany. Father since 1938 had no doubt that there would be a war. He made a plan and kept the car ready, ”said the BBC, a former engineer who now lives in New York.

Eliezer Diner, his wife Springs, little Henry and four other relatives, including a seven-month-old baby, escaped from the bombing and headed for France.

“Father avoided the big roads, traveled around Paris and moved along the [Atlantic] coast. At first he did not move more than 10 miles from the front line, because it is not known how long the war will last. Besides, why get so far if you most likely have to go back, ”says Henry Diner.

But by the time they arrived in Bordeaux, having seen enough of how the Luftwaffe planes were smashing the French trenches, having heard news about the continuous German victories, Henry's parents realized that they would not return soon to Antwerp.

On the subject: How the daughter of Holocaust survivors helped 10 U.S. immigrants

In early June, Bordeaux, where Souza Mendes served as consul, was filled with thousands of Jewish refugees from northern and central France. The Wehrmacht was approaching from the north, and the border with Spain blocked the further path.

The diplomat invited a new friend and his immediate family to get Portuguese visas and suffered, according to New York historian Mordecai Paldiel, a moral shock when Kruger refused to escape alone.

In a letter dated June 13, 1940, Souza Mendes told a friend: “The situation here is terrible. I went to bed because of a nervous breakdown. ”

“No one knows what was going on in his soul during the decisive two or three days,” says Dr. Paldiel, who has been the head of the World Righteous Division of the Israel Memorial Center Yad Vashem for 25 years.

Later in Lisbon, Aristides de Souza Mendes told Rabbi Krueger: “If so many Jews suffer because of one Catholic, is it not fair for one Catholic to suffer for many Jews?”

By "Catholics," he obviously meant Hitler and himself, although it is known that the Nazi Fuhrer was hostile to religion.

On June 17, the consul decided.

“Father left the bedroom with great strides, opened the door to his office and loudly proclaimed:“ From this moment I give visas to everyone! No more nationalities, races and religions! ” - recalls his son Pedro Mendes.

For Henry Diner and his family, this was a salvation. They already tried to get American, British and Canadian visas - and everywhere they were refused.

Henry's mother knew Souz Mendes from her life in Antwerp, where he had previously worked as secretary of the consulate.

Souza Mendes included the Diner family on the visa list, which he sent for approval to Lisbon.

“Mom said that after that he disappeared for a couple of days, and when he appeared again, he turned gray,” recalls Henry Diner.

It was then that the diplomat began the massive issuance of visas despite the prohibition of his superiors.

Refugees formed a huge queue in front of the Portuguese consulate in Bordeaux and camped on the street.

“Visas were issued at a long table. My mother helped Mendesh manage this conveyor for several days, ”continued Henry Diner.

The US-based Mendesh Foundation maintains data on 3800 people he has saved. Some sources say about 10 and even 30 thousand people.

Having completed the mission in Bordeaux, the consul went south to the border, where a column of refugees formed, and issued visas directly on the highway.

Colleagues began reporting to Lisbon that Souza Mendes had apparently gone crazy. Telegrams poured from the Foreign Ministry demanding to stop, but the consul continued to do his own thing.

After some time, the Spanish authorities declared the visas issued by the consul invalid. But by that time, thousands of refugees managed to cross the border river Bidasoa. Most of them subsequently went to America.

Among the people who left occupied France with his visas were Salvador Dali, film director King Vidor, some members of the Rothschild clan and the future Belgian government in exile.

On the subject: 'It takes time to resurrect a person in itself': how the last witnesses of the Holocaust survived and live

On July 8, Aristides de Souza Mendes appeared for a report to his superiors. For disobedience, he was fired from the civil service and lost his right to retirement.

Subsequently, when the situation in the world changed, the government of Salazar appropriated his merits and began to boast about the role of Portugal in saving the Jews.

The 55-year-old ex-diplomat survived for some time thanks to the help provided by the owners of the Jewish canteen in Lisbon. His family home in Cabanas de Viryato fell into decay and is still abandoned to this day.

In 1966, the Yad Vashem Museum included him among the Righteous of the Peoples of the World - people who at their own risk saved Jews from the Holocaust.

It was not until 1988 that the Portuguese authorities officially disciplined the deceased.

“Looking at what is happening in the world, now we also need people who are ready to stand up for a just cause,” says 83-year-old Henry Diner.

Preparing for the escape: a cache of prisoners' things was found in the oven of Auschwitz