Stakh Wozniak is 29 years old, he is from the Vinnitsa region. In 2018, he co-founded Cargofy in the USA, a service for self-employed truckers that helps them find cargo, draw up paperwork and solve problems on the road. In the first year, the startup earned $ 2,7 million and was ranked among the top 5000 fastest growing companies according to Inc. XNUMX. Stakh told Voice of Americathat contributed to the growth of his business and what opportunities the United States opened before him. 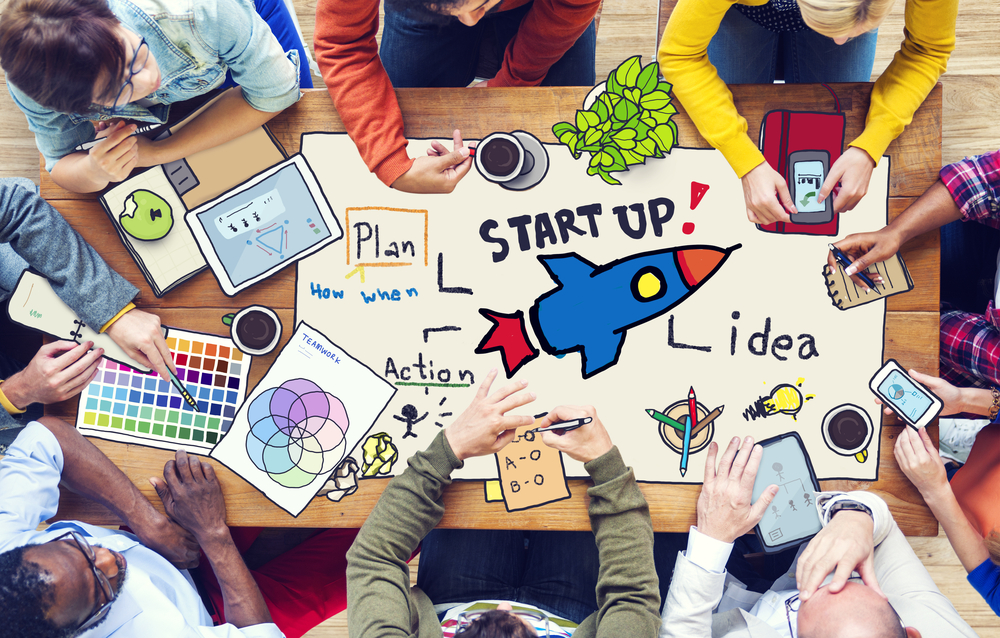 “At first we launched in Ukraine and were among the first to use this model: a mobile application called Tona, digitalization in the field of logistics,” Stakh says.

But after seeing that the competitors that started after them and were in the States grew much faster, Stach and his team realized that it was time to enter the international market - an important access to capital. Therefore, they began to rebuild their strategy to enter the American market.

Before that, they worked in logistics for more than five years, but 2017 is considered the starting point for Cargofy. Then the company began to look for some kind of support, because it knew nothing about the American market, and found an acceleration program in Iowa - Iowa Startup Accelerator.

“They helped to take the first steps, we came to them, they began to introduce us to entrepreneurs. And it all started spinning, ”says Stakh.

“For three or four months we simply adapted, because when we arrived, we did not understand when they were joking with us, because the difference in mentality, there is a certain barrier that is difficult to pass. Every day it became easier, more comfortable to be in the United States, - recalls Stakh. - In the first months, the pressure was abnormal, stress sometimes made it difficult for me to fall asleep, I went to bed and could lie down for up to five hours, because there were a lot of ideas, fears, we put everything at stake, because the American market is much more capital-intensive, and of course, that on the first day there were no investors in the queue for us, no one knew about us. "

Among the problems that they had to face from the very beginning, the first is the documents.

“When you move, you are like a Euroblack in Ukraine, without status, rights of any kind, and getting these documents is a rather complicated process,” Wozniak says.

Second - finance, the cost of living is several times higher. And the third - the adaptation of linguistic, cultural, it was also necessary to understand the local legislation.

But when you go through this, you adapt, you have access to one of the largest markets in the world, capital, people, so it’s worth it.

What is unique about the USA?

“We focus mostly on immigrants, because we ourselves are immigrants, we know their pains, barriers and understand that when you come to the States, you have neither a credit history nor knowledge of the language at the necessary level to conduct any negotiations, and all this is difficult to start, so we simplify this process, ”says Stakh. "There are about 100 such drivers, if we have 000% of this market, then Cargofy will be Unicorn."

Unicorn company is the name of a private startup, which is valued at over a billion dollars, since the market is quite large.

After living in the States, Stah understood what path the States had traveled to achieve this. And comparing Ukraine and the United States is like an early stage startup and a large corporation. The United States is a magnet that attracts the best talent from all over the world through the promotion and export of culture, all of which grow on American ideas, on their ideology.

Ukraine has its advantages, since there is a sufficient level of freedom, there is no such regulation, but there are a lot of minuses. Ukraine as an investor has invested in people, they have learned, received education, reached 18-20 years and left there. Ukraine is losing the most valuable things it has, and this is not black soil, but people.

And the States are the opposite, they did everything for these people to come to them, to be realized. This is a country of the same immigrants, they have gone through this and feel the same obligation to help new ones, and the whole culture is built on this.

“I am from Kalinovka in Vinnytsia, we have an office here, and we have many plans for this city. When I moved to Iowa, we were also in such a small town, Cedar Rapids, and it was our first investor that changed this city a lot. He did a lot: he opened a large grocery market, areas for events, he implemented a lot of objects there, although it all started with an IT company. And I really liked this approach, because I saw that the society they built there adds value to their business, ”Stakh says.

The company received a grant from USAID to develop the city, we have obligations, we need to create jobs, and, in principle, everything is going according to plan, even despite quarantine.

Business support in the USA and in Ukraine

Even before the coronavirus, the company focused on remote workers, therefore, in fact, nothing has changed much, and in terms of logistics, some product groups sank, some grew, so everything was somewhat compensated.

Of course, there is more support in the States for small businesses to survive the crisis. In Ukraine, this is not much regulated, there were times when Stakh rented several offices, the owner of one of them refused to give a discount for the time of the crisis.

What is the main advantage of the USA?

“For me, the American Dream is transforming me to these values ​​of American society. When we arrived in Silicon Valley, we saw how fast companies are moving, how quickly ideas are being tested, we felt that we were still at a low level of development, and how much more we still had to go, ”Stach says. - When you see such examples, this is rivalry, mutual development, it is much easier to believe in the possibility of implementing and building a large company than reading articles while sitting in Ukraine. ”