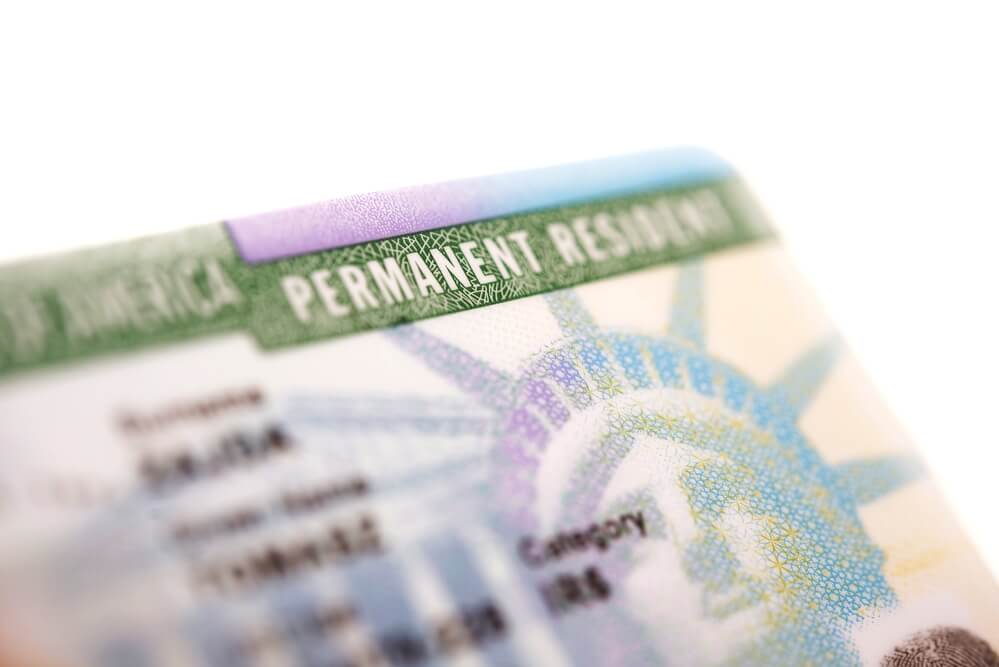 Waiting for a green card is a long and painful process. Especially if there are some unfinished business left overseas. We have to put on the scales the completion of these matters and the ability to return back to America. After all, having left the country, you can lose the opportunity to return for a long time: with an expired visa, with a no longer valid ESTA and with a mark about a violation of the visa regime, they may simply not be allowed back to the United States.

But it is possible to protect yourself by issuing a special temporary travel document (it would be more correct to call his application for re-entry into the United States or Advance Parole). For this you need to fill formy I-131 for Advance Parole.

I note right away - a document for a trip (Travel Document) not everyone can receive a waiting green card. For example, if you came to the United States with a non-immigrant visa, as a tourist, but you met here the love of your life, got married and applied for a green card, alas, you can take a ticket only at one end. To apply for a temporary travel document, you must meet two requirements:

When you get Advance Parole, you can, in case of emergency, leave and then freely enter the United States while your residence permit is in the process of being processed.

An important caveat: if you received an application for a return entry, you not only guarantee yourself the opportunity to re-enter the United States, but you will be sure that during your absence, the application that is under consideration by the immigration service will not be canceled. The fact is that if you leave the United States, the immigration service may accept departure for refusing to receive a green card.

If, by submitting an I-485 immigration form, you are immediately certain that you will need to leave the USA for a while, you can apply for Advance Parole at the same time as the entire package of documents. But if such a need happened spontaneously, the application can be submitted later.

It is worth considering that your application can be considered up to six months. But if an emergency has actually happened in another country, you need to write about this when submitting and confirm the situation. Then your application can be considered in an expedited manner. For example, attach a certificate of illness or death to a relative, if this is the reason for the urgent departure. All documents that are required when filling out the I-131 form, you need to translate into English. To submit enough photocopies of documents, but be prepared for the fact that you may require the original. After the decision on your request is made, the originals will be returned to you.

When the document is ready, it will be sent by mail to your home. Advance Parole is valid for 2 years. If you want to renew it, you need to return to the United States and reapply. This is an important nuance: you can apply for a document for re-entry only when you are in the United States. That is, such an option, as recently happened with one of my clients, is not suitable: the family applied for a green card. Soon, in their homeland, in Kyrgyzstan, their grandmother fell ill, and the head of the family went there. From there he tried to apply, but the law does not provide for this. Because a person must personally appear and be fingerprinted. But when the prints have already been submitted, you can leave the United States. The main thing is to indicate in the application that you will receive Advance Parole at the US Embassy in another country, and submit it no later than 60 days before departure.

Separately, it should be noted those who came as a refugee and is applying for re-entry into the United States. Even if you were issued Advance Parole, but you went to the country that you left for refuge, you may not be allowed back to America. The CBP Immigration Officer (Customs and Border Guard) will decide whether or not to let you in, and here you’ll have to prove what caused the trip to the country from which you are asking for protection. If, for example, you had to go because of the death of a close relative, the inspector may decide in your favor and let him in the USA, but the situation is very delicate and risky.

For those who entered the United States as a refugee, there is another type of travel document - Refugee Travel Document. To obtain it, the same Form I-131 is filled out. Such a document is necessary for those refugees who have already received a green card, but cannot receive a passport of their country, and must go abroad.

You won the green card: what to do next

How to pass a test for US citizenship