Professional secrets: cabin crew told why they never get sick

An airplane is usually teeming with germs. Most of them do not pose a huge danger to humans, but you still need to think twice before touching anything on the plane. Stewardesses do not have much choice in this matter and are constantly exposed to bacteria. But anyway, they never get sick. Writes about it Reader's Digest. 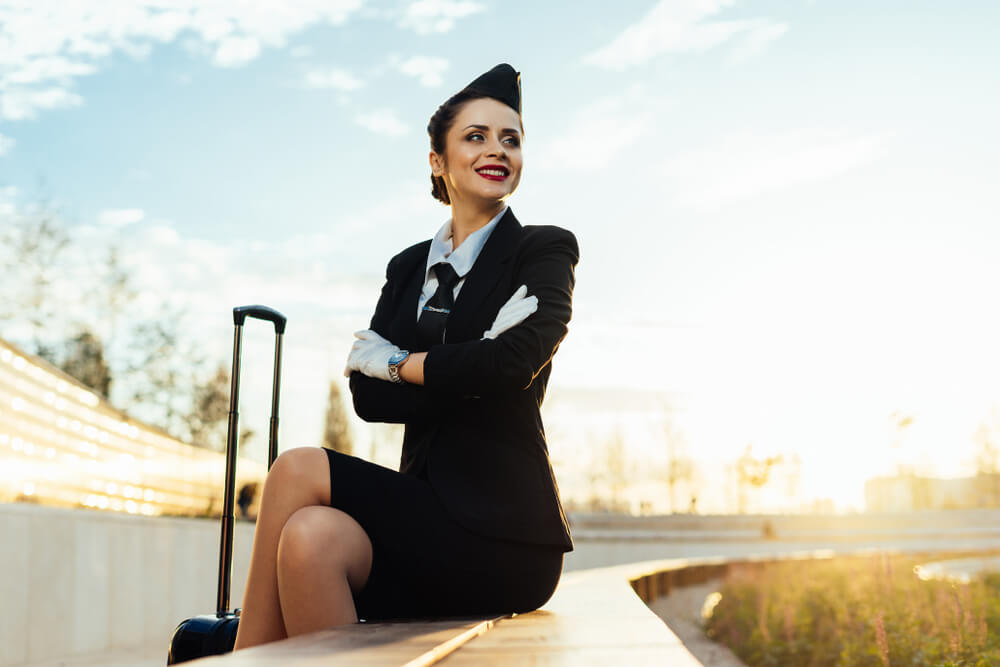 If you are the type of person who doesn't feel well after one hour of flight, you might be wondering how crew members can stay healthy even though they fly incredibly often.

Taylor Strickland, Alerion Aviation's lead flight attendant, has only been ill once during her career. Her top tip? Drink "a ton of water" during the flight. “Flying is dehydrated, and if you're dehydrated, your body is slightly weaker, making it harder to fight the germs you encounter,” she says. Likewise, Lauren Guilfoyle, a crew member of Emirates Airline, says she buys a liter of water before each flight and drinks it during the flight.

Despite the fact that you should definitely drink water, it is better to avoid these drinks. Among other things, a study of water quality on airplanes conducted in 2015 showed that water tanks "contribute to the growth of microbes." Instead, ask for bottled water or bring your own.

This not only refreshes when you rub your hands with wet wipes, but also normalizes the level of germs. In addition to wet wipes, you can use a moisturizer and apply argan oil on your face.

On the subject: Research: which airplane seats are the safest

Despite the lack of scientific justification for the benefits of various vitamin supplements, it is believed that this is a great way to prevent the disease. Strickland says she always keeps these supplements with her as a preventative measure.

Unfortunately, many parts of aircraft are not cleaned as they should, so sometimes you have to do it yourself. Strickland always carries wet wipes with her, and she wipes surfaces with wipes during the flight to disinfect them as much as possible.

Never eat straight from the tables

While it's a good idea to bring your own antibacterial wipes and clean your table, it's safer not to eat directly from it. “The dirtiest part of the plane is the tables - people constantly put their heads there, change diapers and put their feet on them,” the flight attendant told JetBlue. "I wouldn't eat out of there even after disinfection."

Strickland also enjoys drinking a variety of green juices containing ingredients such as ginger and lemon. “This may seem like a quirk to many, but for me it’s being able to get different nutrients anytime, anywhere,” she says.

Try to relax and relieve stress.

There is definitely a link between stress and your health, so it's best to avoid it whenever possible. One way to do this is with a few drops of lavender essential oil.

It's tempting to have a cup of coffee before your morning flight, but it's best not to. “Avoid caffeine and alcohol, which are the main cause of dehydration,” she says. - Instead, drink fruit juice to maintain hydro balance during the flight.

Water-based foods, such as fruits and raw vegetables, will not only provide you with hydration and prevent swelling, but also give you an extra charge of important antioxidants, fiber, and other nutrients.

Regular exercise can help you stay healthy during your flight. Maintaining a healthy lifestyle is extremely important in order to help cope with the physical requirements of the flight and the constant changes in time zones. Flight attendants regularly experience changes in time zones, irregular sleep patterns, and long flights, which can disrupt the functioning of body systems. Proper nutrition and constant exercise help the body stay healthy.

But don't exercise right after the flight

Stewardess Sophie John advises against going to the gym immediately after the flight. “There is no point in forcing your body to exercise without sufficient rest, rehydration and time to acclimate to the new time zone,” she said.

Sleep during the flight

Although this is not always an option for cabin crew, a quick sleep during the flight can help you avoid a sudden change in time zones. That's why Heather Sanchez, a Hawaiian Airlines flight attendant, recommends creating a sleeping set that includes a neck pillow, noise canceling headphones, and an eye mask with a built-in peephole, a cavity to block out light without smudging mascara.

16 mistakes that we make at the airport, spending money, time and nerves