Home Our people How Russian-speaking immigrants are deceived in the USA: 4 main schemes

In the modern world, migration is a fairly common phenomenon. People travel to different countries trying to find their home. But often they fall into the traps of fraudsters, are left without money, with undermined health and a broken psyche. This is stated in the blog "220 kilovolts" at Yandex.Dzen. 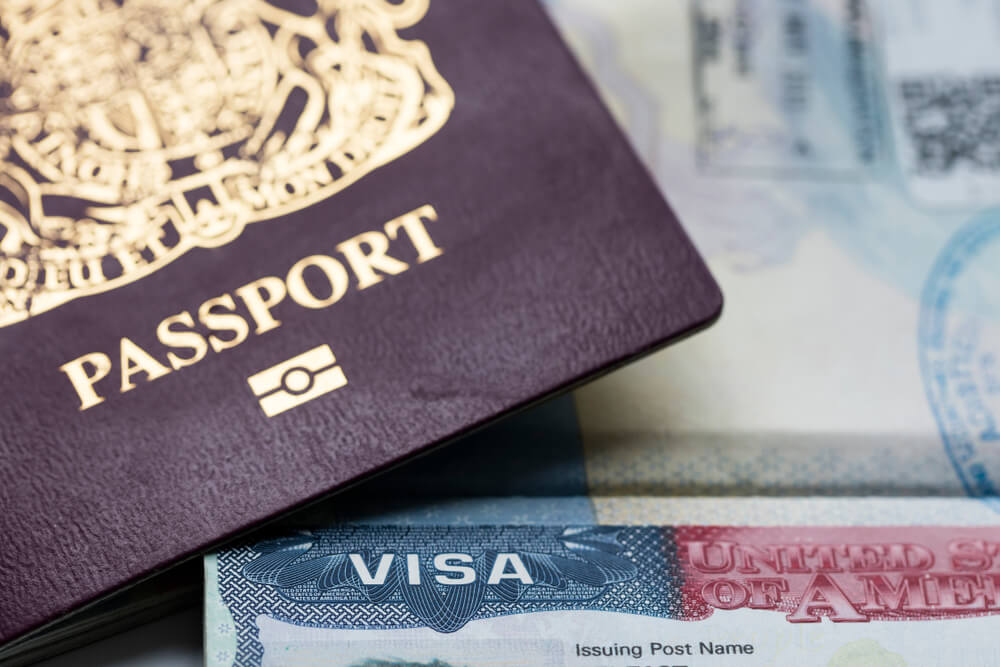 In the recent past, when there was no Internet, it was problematic to find out the truthful information about life abroad. Now, if you wish, you can find detailed data on even the most exotic islands, not to mention highly developed countries like the United States and Canada.

On YouTube, many bloggers who live in the United States broadcast to the Slavic brothers about their fabulous life abroad. After watching such videos, many begin to dream of moving, moreover, to a permanent place of residence (permanent residence).

It should be noted that the lion's share of such would-be YouTubers are agents of fraudsters and receive a salary for campaigning. And people who are convinced of their choice are ready to cross the ocean in search of a better life. Armed with a tourist visa, such travelers decide to go to work, which is prohibited, or even stay in the country illegally, hoping to somehow obtain the status of a political refugee or something else.

According to unofficial statistics, about 90% of those who risked return to their homeland with nothing. Of course, no one will talk about their failures. The remaining 10%, who nevertheless managed to somehow find a place, work illegally, engage in fraud, record videos for YouTube and are not at all averse to earning "easy" money from confused visitors.

Although fraudsters are constantly changing the approach to their activities, coming up with new ways to cheat, traditional "working" or "fail-safe" methods remain invariably popular.

Most tourists know that renting an apartment in the United States is very problematic. Of course, you can pay for daily rent through services such as AirBNB, or stay in a hotel, but it will be very expensive.

In the United States, it is customary to rent out housing at once for a whole year under an agreement. At the same time, the owner will definitely check the tenant's solvency and credit history. And where will he get them from, if a person has just entered the country, even more so as a simple tourist. In this case, you are asked to pay for the entire stay in advance. It is at this stage that a thousand pitfalls arise.

On the subject: No bribes and no personal talk: how an immigrant can succeed in the USA

Most often, “experienced compatriots” come to the aid of confused tenants, who are ready to spend a lot of time for free to arrange housing for their fellow countrymen. Those same YouTubers have Instagram and Telegram accounts, where they offer to solve the housing issue. Usually all of them are only guides, and third parties are already deceiving.

The main mechanism of housing swindlers is as follows:

Accordingly, no one returns the insurance, the funds for the selection of an apartment too. Thus, the cost of the monthly rent is overpaid three times.

When a person first comes to the United States, they do not yet have a local bank account, but only cash. This is what many scammers use.

The first example also concerns the renting of housing. If you give the money in cash to the landlord, as is customary in the countries of the former Soviet Union, then you can forget about them. If you start to be indignant and, even worse, rude, then the landlord will call the police and accuse him of extortion. In such a situation, it is better for a visitor not to contact law enforcement officers, since the risk of losing the opportunity to migrate is very high.

As a rule, when renting out a property, the tenant does not receive any checks (especially with a seal) or payments from the bank. It is impossible to prove the fact of payment to the police.

On the subject: 13 pluses of living in the USA, according to a Russian-speaking immigrant

In addition to scams with housing, you can lose cash anywhere, for example, at the services of a lawyer, when asking for help with paperwork, etc. In a stressful situation, you can transfer money to friends so that they can help, or you can lend money. As a rule, it does not end with anything good.

There is only one way out - to open a bank account immediately upon arrival (this is available to everyone) and then make payments only through the bank.

Cheating with the machine

Surviving in the United States without a car can be extremely difficult. Despite the fact that it is inexpensive there, a whole list of documents is required to purchase it. In the United States, they can be obtained without problems, but this takes time, often months. This is where those who want to help appear, especially from among the immigrants.

Most often, such pseudo-assistants offer to arrange the car for themselves, as it were - for the first time. It is no wonder that soon the car is sold, and it is simply impossible to prove something. The situation is even worse for those who give cash to someone to buy a car.

A whole book can be written about all sorts of machinations that dishonest employers do in order not to pay salaries to people, but to exploit them like slaves. Even if the worker has a green card, legal status, money for housing, it is very difficult to find a suitable job quickly. Because of this, you have to try different options.

If a person illegally tries to find a job on a tourist visa (which is prohibited by law) or even worse - without documents at all, most likely, he will be accepted only by dubious individuals who act on the verge of lawlessness.

Those employers who are not afraid to break the law and take illegal immigrants are unlikely to miss the opportunity to get the most out of it. In principle, Russian business deceivers are also at work.

Usually, such employers offer irregular working hours, motivating this by the fact that they did not come to the USA to chill, but to earn money. And you have to work 14-16 hours a day, even seven days a week. Their main argument is: "I don't like it, look for another place."

In the first month, the employee can be paid a mere penny under the pretext that it was a probationary period. At the end of the second month of grueling work, no one will pay for the work. The most "honest" can attribute a non-existent fine the size of a whole salary.

As a result, precious months of life, health (hard work does not bring anything good), money and nerves are lost. Very often, this approach is common in the transport business - transportation, loading / unloading, etc. It is not only Russian-speaking people who are deceiving their own people who are engaged in such deception, but all and sundry - regardless of nationality and race.

USCIS Announces New Rules In DACA Program: What Will Happen To 'Dreamers'