The death toll from the coronavirus in New York City has doubled the number of victims of the 11/40 attacks. Although the real numbers may be different - many New Yorkers die in their apartments, and their deaths are not registered. According to experts, in the coming months from 80 to XNUMX% of the population of the state may become carriers of the virus. The edition writes about it Air force. 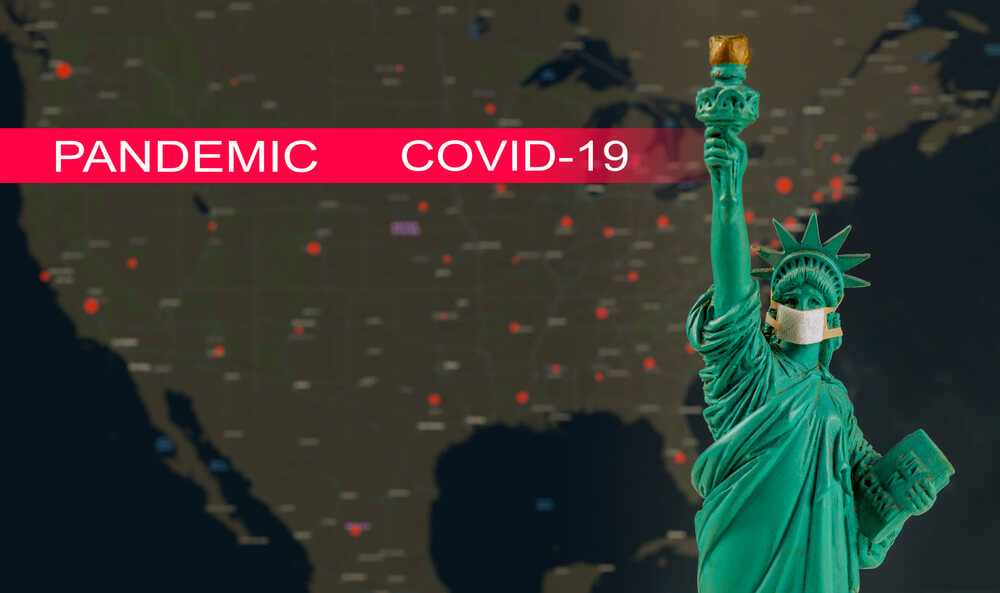 What's going on in New York

The situation in New York today is scary: as of April 11, half a million infected and 18 thousand coronavirus victims were registered in all of America, of which more than 7 thousand were in the largest city in the United States. Thus, New York became the new center of the global pandemic COVID-19.

On April 6, New York City Councilor and Head of the New York City Department of Health, Mark Levin, tweeted that authorities may use the parks to bury coronavirus deaths. “We will soon be using interim measures,” he wrote. - Most likely, this will be done using New York City burial parks. Trenches will be dug for 10 coffins in a line. "

However, State Governor Andrew Cuomo later rejected Levin’s statement, explaining that this option would only be considered “under very extreme circumstances.” In New York, emergency measures have not yet been needed. Although several mobile hospitals already have new mobile morgues refrigerated.

Over the past 150 years, Hart Island has been used to bury the homeless and residents whose bodies have not been taken by loved ones. "While this territory will be enough even in an epidemic, but we must prepare for the worst," - said the mayor's office in New York.

After some media reported that the coronavirus victims were buried on the island, he became an object of increased interest among journalists. Now, crews of several television channels are constantly on duty at the ferry crossing leading to the island.

The city hall confirmed that the victims of the pandemic are indeed buried on the island. However, they assured that we were not talking about mass graves. "These are people whose bodies have not been taken from the morgue for several weeks," City Hall spokesman Freddie Goldstein explained to CNN.

New York State Governor Andrew Cuomo said at a weekly briefing earlier this week that the death toll from the coronavirus in the city was more than double the number of victims of the September 11, 2001 terrorist attacks. “After those events, I thought that I would never see anything similar to such a tragedy,” he added.

However, the true extent of the pandemic may not be as reported. After all, many deaths were not recorded. According to the Gothamist city internet portal, emergency responders report an increasing number of people who have died in their homes and apartments. After all, medical officials had previously urged New Yorkers not to seek medical help if they had “mild” symptoms of the disease.

As of April 7, 256 New Yorkers were found dead in their apartments, emergency medical services said. Usually this number does not exceed 25 people per day.

On March 1, in New York, the first case of coronavirus infection was recorded. The virus was found in a 30-year-old nurse who returned to America after visiting relatives in Iran. Since her symptoms were not critical, she did not need hospitalization. Soon she recovered.

A few days before, symptoms of the disease were discovered in another New Yorker - 50-year-old lawyer Lawrence Garbuz. He lives in the suburbs of New York City, New Rochelle, and works in downtown Manhattan. On February 27, the man returned from service in the synagogue, felt ill and went to the doctor. Neighbors of the lawyer said that shortly before getting sick, he traveled to India. But later, these rumors were not confirmed: the lawyer did not go anywhere and never had contact with people who discovered a coronavirus.

On March 2, the lawyer was diagnosed with coronavirus disease. After this incident, the United States first introduced strict quarantine in a particular area. So, thousands of New Rochelle residents, where the lawyer lives, were ordered not to leave their homes. Around the synagogue, which Lawrence visited, introduced a security zone of 2,59 square meters. km

Also, units of the National Guard appeared in the area, and one of the first in America mobile coronavirus testing center was created here.

At the same time, according to the governor of New York, officially reported cases of the disease were hardly the first in the state. “I have no doubt that the virus appeared here much earlier,” he said.

Why has New York become the epicenter of the pandemic?

As you know, New York is a "city that never sleeps." This, according to experts, has become the main reason for the rapid spread of the epidemic.

According to official figures, 8,4 million people live in the metropolis. However, the total population, including some areas of neighboring states, exceeds 23,6 million. Many of them go to work daily in the city.

Moreover, the total number of illegal New Yorkers is unknown to anyone. According to the estimates of several research centers, more than 500 thousand people from other countries who do not have official documents live in it.

It was the cramped living in some areas that made New Yorkers particularly vulnerable, Cuomo said. According to statistics, on an area of ​​2,6 km (one square mile) in New York, 27000 people live. Therefore, it was simply impossible to maintain social distance in such a densely populated city.

Experts believe that the main carrier of the virus are plastic seats and metal handrails in public transport. On such surfaces, it can last up to 72 hours.

How fast did the virus spread to New York?

By the evening of March 21 in New York there were already more than 10 thousand infected with coronavirus.

Due to the rapid spread of the virus in New York, hospitals no longer cope with the number of people infected.

On March 7, Cuomo imposed a state of emergency on the state, and five days later banned the holding of any events that could bring together more than 500 people. At the same time, it was recommended that restaurants, museums and theaters stop working. Most catering establishments and bars continued to work, ensuring that visitors adhered to the rules of social distance.

It soon became clear that the measures taken did not help stop the epidemic. On March 15, the governor announced the termination of classes in all schools. A week later, an order was signed to close any type of business, if it is not vital for the population.

Only the business responsible for the life support of citizens continued to work. Such were recognized: food, tobacco and liquor stores, public transport, gas stations, car services, medical offices and the media.

When will it end?

Commenting on his decision, Cuomo emphasized that the restrictions were not designed for a short time, and that such measures could last "four, six or nine months."

Despite new government bans, the number of infected continued to grow.

At the beginning of April, among the sick were 1400 New York police officers, 282 firefighters, 580 public transport workers. Symptoms of the disease were also reported by almost 20% of the ambulance staff in the city.

What will happen to the economy?

According to authorities, these unprecedented measures could cost the state economy $ 15 billion in revenue before the end of 2020. But, according to the governor, he simply had no other choice: according to experts, in the coming months from 40 to 80% of the state’s inhabitants can become carriers of the virus.