Home loudspeakers How we got to the emergency room in the USA. Personal experience

How we got to the emergency room in the USA. Personal experience 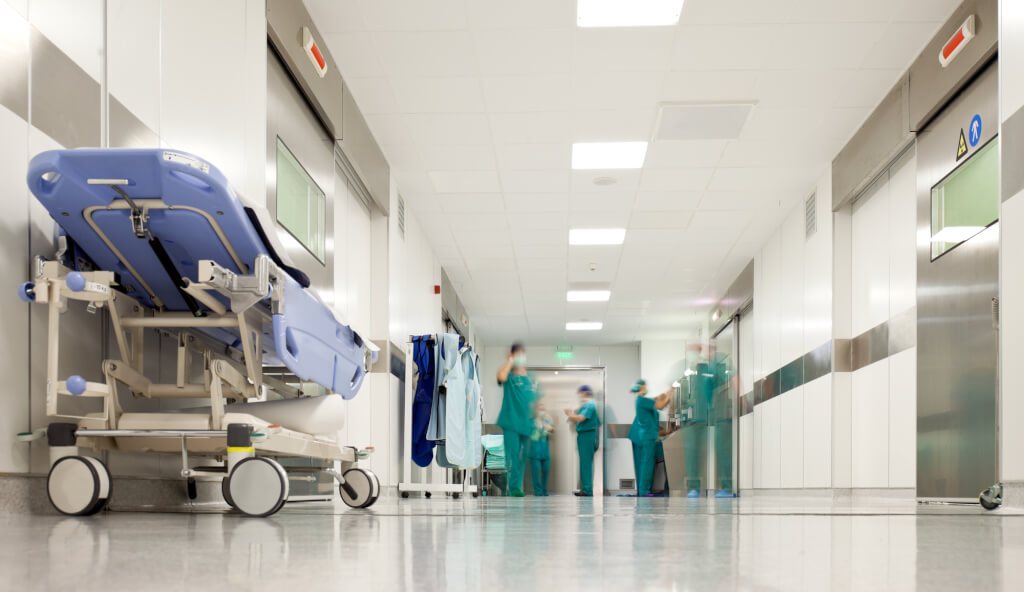 In America, no one wants to get into the emergency room. Photo: depositphotos.com

Recently, my son Oscar and I played Russian Roulette with American medicine. Translated into Russian, this means that we visited the emergency room at the hospital (emergency room).

I have repeatedly heard the stories of Russian-speaking immigrants who preferred to endure the pain, contact third-party specialists or cope on their own, just not to get into the emergency room and then not get a terrifying account. However, we had no choice, because the child suffered.

What happened? We were preparing for a walk, Oscar dropped a ceramic plate on his leg, the thumbnail turned blue and I, not possessing a built-in X-ray, decided to go to the doctor. Moreover, Oscar was plaintively whining, and when I touched my finger, I burst into tears.

First, we called the pediatrician association where all of our scheduled visits take place. Since it was already 5 pm, the administrator said that they could no longer receive us in this department, and besides, they did not have an X-ray. And she offered to make an X-ray record early in the morning in their other department. Or go to the emergency department of the nearest children's hospital - Joe DiMaggio. On the phone, the girl assured us that we most likely should take our insurance and we would not pay anything. Fuh, well, it's at least pleased.

My husband arrived and we went to the children's hospital. When we arrived, we needed to fill out several documents, after which we were invited to the waiting room. 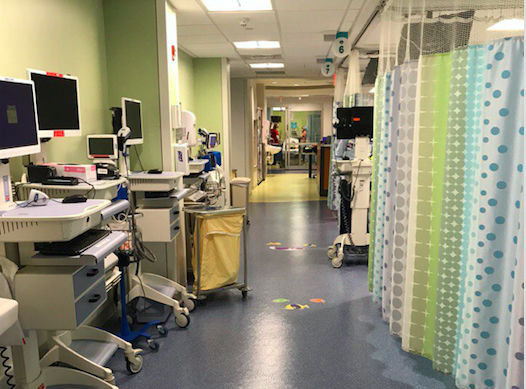 It looks like the emergency room of the children's hospital. Photo: from the personal archive of the author

The reception was quiet, calm and very bright. The chambers were separated by thin colorful curtains. The stationary air-conditioning system, as usual, helped us cool down and then freeze. By the way, yes, take to the hospital and all government institutions jackets. It is especially cold there.

The staff came back and forth through the hall; we did not see a single patient.

The nurse met us and, specifying the nature of our problem, offered to wait a little in the ward behind the curtain. A little bit spilled in forty minutes, for which the already-normal Oscar 4 times went around the whole department and checked the serviceability of all instruments. 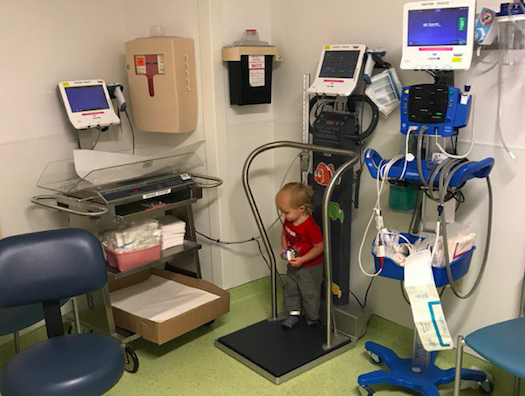 One of the procedural hospital. Photo: from the personal archive of the author

The doctor, as usual with a retinue of assistants, appeared for a few minutes and, without even touching the finger, asked to wait for an x-ray. I do not know why it was impossible to immediately send an x-ray. Apparently, these are the rules. Sometimes in America they are illogical.

We waited for X-rays for another hour, during which Oscar re-examined the department and it became clear to us finally that we had come for nothing. After all, he did not complain about the finger.

A husband went to X-ray with a child. It turned out to do the procedure only from the second time and it took about fifteen minutes. Oscar did not want to wear a protective vest and give a finger to the study. At the cries of the boy, the whole department came running.

After the X-ray, the child calmed down, and we waited another twenty minutes to hear from the doctor who appeared for a minute that there were no fractures or cracks in the finger, and if the nail is full, we will need to appear tomorrow and pierce it. 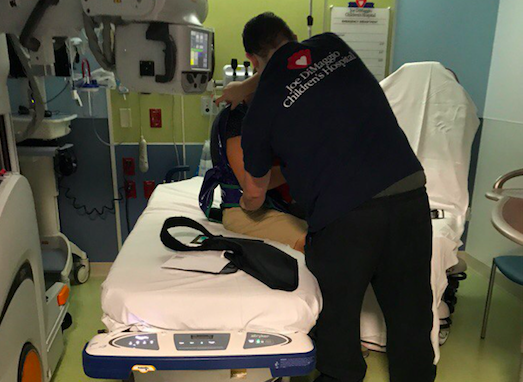 Oscar for a long time could not make an x-ray. Photo: from the personal archive of the author

We were given home a reminder of such problems and what to do in their case. X-ray did not offer us a look, but here it is a rare phenomenon. Everything must be asked, because the protocol is not provided.

After 2,5 hours, we, tired but happy that there were no serious injuries, went out onto the street that smelled of rain and went home, fearfully awaiting the bill, the value of which is a secret until it was received.

Newspaper The Washington Post The 2013 Year article published a study on medical bills per visit. emergency room and revealed that the average bill is equal to the monthly rental housing (about $ 1300), which is really quite a lot even for a wealthy American. Especially since the same disease can cost from 4 dollars to 20 thousands. I'm serious. Here's how not to worry?

Fortunately, insurance covered all expenses to the last cent. I was not lucky enough to find out the total amount, because the account went directly to the insurance company.

Personal experience. How we treated a child in the USA

Personal experience. How I gave birth in America three times

10 steps to take immediately after moving to the USA

Personal experience: in a private clinic with Medicaid