The Immigration and Customs Police (ICE) told how ICE uses social media and Internet data to track down and arrest illegal immigrants. Writes about it The Intercept. 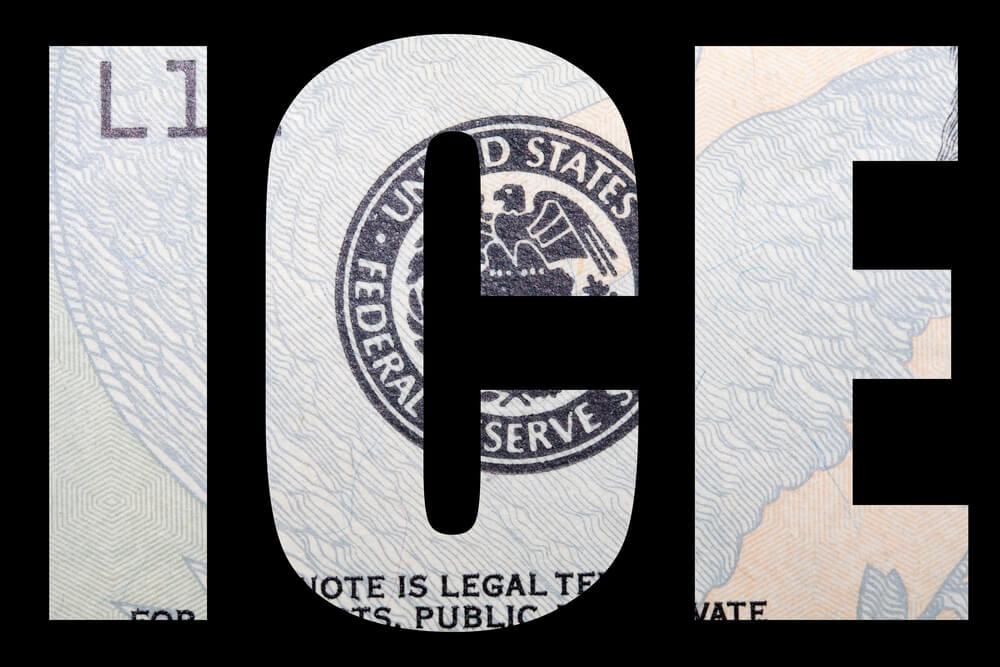 The ever-expanding surveillance system that ICE uses to track immigrants who can be deported uses even emails. ICE uses the CLEAR Thomson Reuters database, which is part of the growing industry of commercial data brokers who contract with government agencies, essentially bypassing barriers that could prevent the government from collecting certain types of information.

Emails were included by the government in the investigation in response to a petition from a federal public defender whose client was charged with a felony for illegally entering the country. Since the vast majority of immigrants expelled from the country are not subject to criminal prosecution, ICE extremely rarely reveals details related to investigations.

The client, whom we will call "Sid," to protect him and his family, has lived in the United States since he was one year old. He worked as a roofer and raised a family; his children are US citizens. He was previously deported to Mexico for a nonviolent felony of stealing goods from a car shop and has not been identified by local law enforcement since his return to the United States.

On the subject: Arrests and expulsions: ICE sums up work in 2019 year

“I came back to be with my family,” Syd told the judge at the sentencing hearing. - I'm sorry. It's all".

According to the court, the Sid investigation began on February 22, 2018, when the ICE National Center for Criminal Analysis and Targeting launched an initiative to initiate an investigation and sent it to the ICE office in Los Angeles.

The ICE periodically sends data sets of deportees to the NCATC to go through an agency data analysis system to see if they have returned to the United States. The system extracts data from other federal agencies, as well as commercial data brokers, in order to match the names of deportees with recent car registrations, utility bills and mailing addresses, as well as other records.

After receiving guidance, an ICE Los Angeles employee turned to the Agency’s Pacific Response Center (PERC) for help. PERC complements the work of ICE field officers by providing intelligence support and placing detained immigrants in custody throughout the United States.

A few weeks later, on May 4, 2018, a PERC official wrote that he had discovered Sid's Facebook account. Sid used his official Facebook name, although it is a very common name and is not easy to distinguish.

A PERC official explained that he used Thomson Reuters CLEAR to find Sid's home address as well as his relatives.

They then scanned the addresses that CLEAR provides through Google Maps and compared them to the photos Sid posted to Facebook at his father's birthday party. One of the addresses matched - this meant that the Facebook account belonged to the person ICE was looking for.

“When you have someone with a fairly common name, Facebook makes it easy to follow,” said Sarah St. Vincent, a surveillance expert who runs a digital violence clinic at Cornell Tech.

On the subject: ICE warns: dangerous criminals will be free because of the policy of refuge cities

“Happy birthday, father,” is how Sid captioned one of the photos at the birthday party. - Many years of life.

The PERC report also shows driver license information for Sid and his parents. Since 2013, California has been offering a driver’s license to illegal immigrants, but the program has been criticized for not protecting this information from ICE.

ICE employees were able to track down an immigrant because of his inclusion in the national driver license database after he renewed his license in California in 2015.

In the case of Sid, ICE employees began to follow the profile on Facebook after they confirmed that it was really him. When Syd checked in at Home Depot on May 24, 2018, ICE staff waited for him near the store until Syd left the parking lot and then stopped and arrested him.

Sid's previous deportation order was immediately reinstated, but he was not deported; instead, he was charged with a felony.

According to a report by the Bureau of Justice Statistics for August 2019, more than 55 percent of all federal crimes prosecuted in a criminal case in fiscal 2018 were related to immigration, and the vast majority of them for illegal entry with misconduct.

According to Mao, even in cases where the government does transmit information about the detection of illegal immigrants, it mainly focuses on verifying the person’s identity and the history of immigration.

“Usually, the discovery never touches where the person was as they were subsequently detained,” she said. "When federal defenders ask for this information, it really opens up a whole black box of policing, either locally or within the Federal Immigration Service."

In January, Sid was sentenced to 21 months in federal prison after a judge found him guilty of illegal return. His case is currently being appealed while he continues to serve his sentence. He will almost certainly be deported again when the case is completed.

On the subject: How ICE agents track down and arrest immigrants

Saint Vincent believes that using social media to create people’s files, as is the case with Sid, serves to limit freedom of speech for all people in the country, not just immigrants who might be on the ICE radar.

“If something you post on the Internet can be used against you forever, even if you don't pose an immediate threat to anyone, then that’s scary,” she said.

Nuclear tests in the Pacific: why dozens of years later, the threat from radiation has not subsided

Nightmares and suicides: what mechanisms trigger these processes in the brain