How stupid life hacks brought Tiktoker millions of subscribers: he cheerfully debunks them

In March 2020, in the early days of the COVID-19 pandemic, Habane Lame, a young factory worker in the industrial city of Chivasso, in northern Italy, lost his job. He returned to his family's humble apartment and, despite his father's pleas for another job, began recording hours every day for TikTok under the name Khaby Lame. As a result, he became the most famous blogger in the world, as reported by the publication. The New York Times. 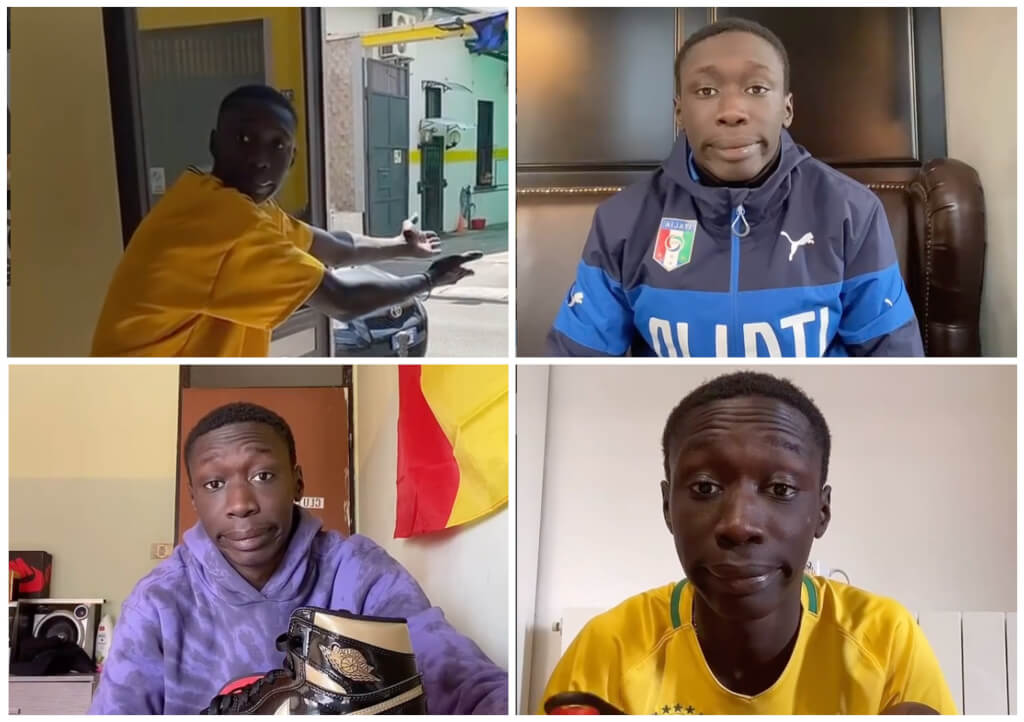 21-year-old Lame took advantage of viral and often absurd videos of life hacks to debunk them in his own way with bright facial expressions and light gestures. Almost always, he focuses on his gags by stretching out his arms, as if to say "voila", and expressively rolls his eyes or shakes his head.

His early messages were mostly in Italian. But it was the wordless, expressive clips that brought Lame to international fame. He now has 69,5 million followers on TikTok. It is estimated that if he continues to gain followers at or near his current rate, he will soon become the most popular author on the platform. Currently, the championship belongs to 17-year-old Charlie D'Amelio, who has 116 million subscribers.

“It's my face and the expression on my face that makes people laugh,” Lame said. He noted that his facial expressions are a “global language”.

Lame's meteoric rise on social media is particularly noteworthy because his work lacks the impeccability inherent in today's most famous TikTok stars, many of whom work alongside Hollywood professionals. He achieved success without buying subscribers or acquiring ads on other channels, the popularity of his channel was completely organic.

The secret of Lame's success lies in his versatility, in the fact that he is the most ordinary person who is not afraid to admit it.

“Its content can be said to debunk or poke fun at over-the-top social media trends, be it life hacks or the like,” said Samir Chaudhry, founder of The Publish Press, a newsletter on the digital economy. - He personifies authenticity in the fight against productive cliches. I think people really like the feeling that someone is not overdoing it, and this is something real. "

Lame fans maintain fan pages in English, German, Arabic, Portuguese, Spanish and other languages. Well-known YouTubers, including King Bach, have contacted him about the partnership, and he makes money through the Creator Fund TikTok working with brands, including, he says, with Italian pasta maker Barilla.

“As an international star, I am in high demand,” he said.

But although Lame is known worldwide as an Italian tiktoker, in fact he is not. He is stateless, although he has lived in Italy since infancy, attended an Italian school and is a fierce supporter of the Juventus football team. The blogger believes that this state of affairs is "definitely wrong."

“I don't need a piece of paper to call myself Italian,” he said, stressing that the absence of an Italian passport never gave him any problems.

“At least until now,” Lame clarified.

On the subject: How many social media followers do you need to make $ 100 a year?

One unexpected side effect of Lame's rise to TikTok is that he exposed the vulnerable side of his lack of Italian citizenship. Due to his Senegalese passport, obtaining a visa to visit the United States is more difficult than in the case of citizenship of an EU country. Lame is still struggling with bureaucracy and paperwork to obtain Italian citizenship.

Italian citizenship is based on blood and can be acquired by the children of immigrants at the age of 18 if they have lived in the country since birth. For those who were not born in Italy (as in the case of Lame), this can take much longer.

“I am not the mayor, I am nobody. That is why I cannot change the laws, ”he said, reminding that the majority of legislators have no more than 60 million subscribers. Lame then smiled broadly and added, “Maybe I can change that as my popularity grows. With my influence ”.

Celebrities and other influential people are certainly seeing his rise in popularity. Mark Zuckerberg, CEO of Facebook, commented on one of Lame's recent Instagram posts - on May 19, the tiktoker appeared with Alessandro Del Piero, the legendary footballer of his favorite team, Juventus. Many influential people approached Lama and invited him to cooperate.

He has many fans in Brazil and the United States and often wears national football sweatshirts. Tiktoker is very popular in Senegal, where his family moved from, there he is often talked about on television. Lame noted: "I am followed more abroad than in Italy."

However, he says fans stop him on the street and in restaurants to take selfies: "I have a lot of influence in Italy."

In late April, Lame surpassed Gianluca Vacca on TikTok as Italy's most popular resident. Known for his dance routines and lavish lifestyle, Wakki, 53, is a fabulously wealthy descendant of the tycoon. He's athletic, heavily tattooed and married to a 26-year-old model. Lame's current manager, Rigio Alessandro, previously worked with Vacchi.

While Mr. Vacchi epitomizes the luxurious lifestyle that is often associated with Italian extravagance, Mr. Lame posts a video from a small bedroom he shares with his older brother. She is adorned with the Senegal flag and a Juventus football scarf. He shot a lot of videos on an old phone, and the lighting is not very good there.

“I think the problem people are starting to see with influential bloggers is that they set certain standards for how to look, what's cool and what's not,” said Adam Mescuri, a 17-year-old student and content creator based in Birmingham. ... - Then Habane comes, and he's just a normal dude. It's nice to look at him. It's much easier to communicate with him than with most bloggers. "

Chaudhry of Publish Press noted that there are currently two authors on TikTok who still have more followers than Lame. These are D'Amelio, Addison Easterling and Bella Porch, but they promote a luxurious lifestyle, and the authenticity of the Senegalese will most likely be able to surpass them in popularity.

Part of Lame's success is due to the fact that his videos are constantly posted by other people. This provides him with high performance in search engines. YouTubers create compilations of videos from his clips on TikTok, many meme pages upload his videos to TikTok and repost them on Instagram, and also use his face to portray emotions. Lame's videos are often shared on Twitter, from where the videos are distributed further.

Tiktoker believes that his comical facial expressions and simplicity of content have helped the channel grow at such a fast pace. He also posts frequently - almost every day on TikTok and every day on Instagram Stories.

“The secret is, first of all, endurance and constancy,” he stressed.

Although Lame may soon become the most popular TikTok star in the world, he insists that he does not treat the service as a competition for supremacy. Tiktoker said he rarely comes across Charlie D'Amelio's content.

“I'm happy to be the first in Italy and all, but that's not why I launched TikTok,” he said.

According to him, he got carried away with it to make people laugh, like his idols Will Smith, Eddie Murphy and Italian actor Cecco Zalone. Lame admitted that he hopes to join their ranks one day.

He is consistently making money, but has not yet earned enough to realize his dream of buying a house for his mother.