Home At home The power of feelings: why thousands of Internet users discuss photos of a couple in love

The power of feelings: why thousands of Internet users discuss photos of a couple in love

She wrapped herself in the Russian flag. He is in the flag of Ukraine. One liked this photo, while others were horrified, writes The Washington Post. 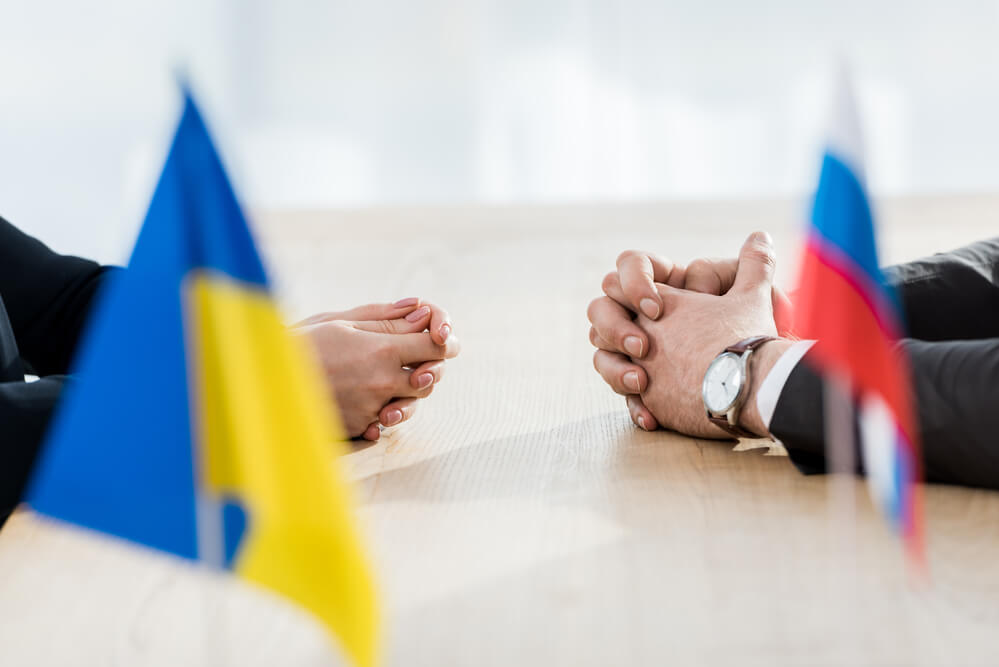 Juliana Kuznetsova and her fiance were at a concert in Poland. At some point, the girl noticed among the viewers the flags of two neighboring but conflicting countries. Suddenly she had an idea.

She is Russian, her fiancé is Ukrainian. They borrowed these flags and asked to photograph them together after the concert of the Belarusian rapper Max Korzh in Warsaw.

Juliana claims that the photo was not staged. In the picture, she and her fiance, each wrapped in the national flag of their country, are standing up close - opposite each other, holding hands.

“We had no political intentions with this photograph,” she said. 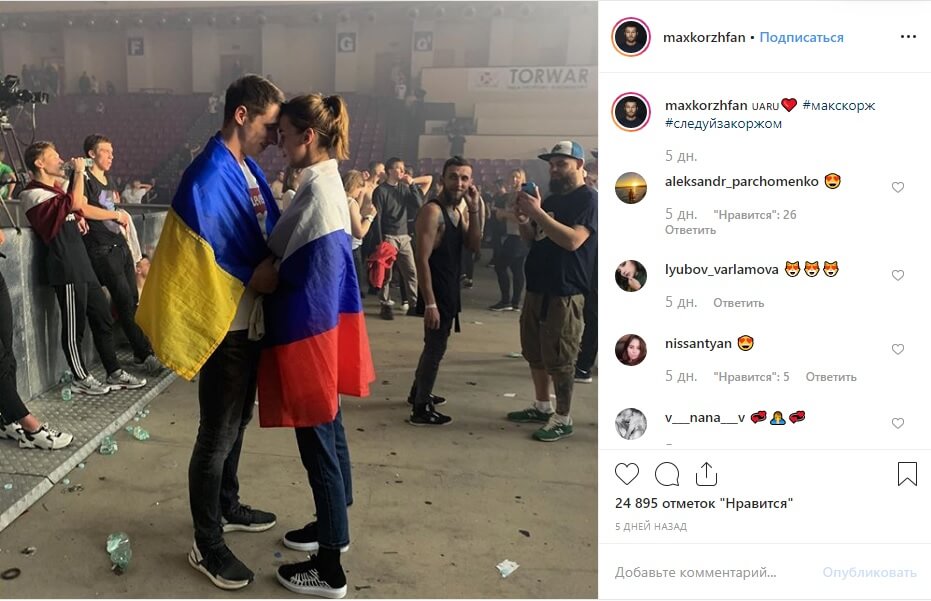 “But when the photo spread all over the Internet, I realized: perhaps such a photo will give people hope. And the belief that everything can be fine, no matter what. Love can defeat anything, ”added Juliana.

Since a military conflict has been ongoing between Ukraine and Russia for five years over the annexation of Crimea by Russia, as well as because of the actions of pro-Russian separatists in the two eastern regions of Ukraine, the reaction on the Web to this message was mixed. Some commentators believe this is an inspiring demonstration of love outside of politics. Others, on the contrary, saw this as a betrayal - against the backdrop of tensions between countries.

On the subject: Why do immigrants return home

Kuznetsova posted a photo on her personal page on Instagram and noted rapper Korzh, as well as several fan pages. Her initial post gathered more than 240 comments, and several Ukrainian and Russian bloggers quickly picked up the photo.

Perhaps the photo became very resonant due to the current political situation.

After all, Russian President Vladimir Putin and his Ukrainian counterpart Vladimir Zelensky should meet on December 9 in France. The leaders are expected to discuss a peace agreement that will lead to a settlement of the situation in the Donbass.

In response to the protests in Kiev in 2014 that led to the flight of the corrupt and Kremlin-friendly president of Ukraine Viktor Yanukovych, Putin annexed Crimea, and then fueled the Donbass conflict. Moscow denies that it directly supports the separatists. Relations are so tense that Korzh, the artist whose concert was the place of photography by Kuznetsova, was banned from visiting Ukraine for some time, because in 2015 he performed in Crimea.

On the subject: 'There used to be a night club': how and where do the Ukrainians of Donbass receive Russian passports

One Ukrainian military, Anatoly Stefan, posted a photo of Kuznetsova on his Facebook page with the comment: “Someone told this young man how many Ukrainian children were left orphans because of the tricolor hanging on this girl’s shoulders?”

Other users of the social network asked if the couple was really in love or was this a propaganda ruse of Russians. But not all reactions are negative. One girl on Instagram wished the couple a wonderful future, and another said that the photo lifted her mood.

Kuznetsova was initially surprised by the breadth of the answer, but at the same time she said: she is glad that many interpreted the photo in the same way as she did.

“We are a single people, and for us such relations are absolutely normal. In fact, I am sincerely glad that so many people reacted very positively to our photo. This means that we all want one, that is, peace, ”Juliana commented.

“What should we hold on to?”: How Crimea lives through 5 years after the referendum

What Americans think about Russia