Home In the U.S. How to Reduce US Medical Bills

Not everyone knows that medical bills in the United States are negotiable - and that really helps keep costs down. Writes about it CNBC. 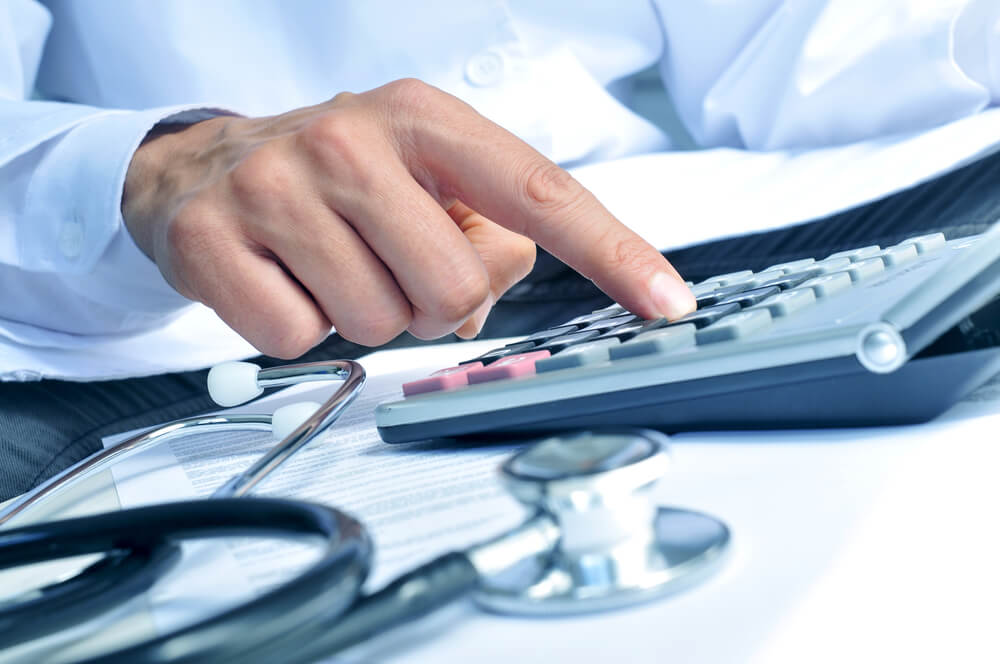 When Shannon Harness was admitted to the hospital with stomach pains, he had no idea that he would end up with bills totaling about $ 85.

A 39-year-old Marine Corps veteran working for a professional trail-building company in Salida, Colorado, required an appendectomy. A week later, he underwent another operation - in connection with a hematoma. Harness said the surgeon considers this to be a rare complication resulting from his first surgery.

He didn't have health insurance. The hospital bill was $ 80. This does not include payments to various doctors, which added about $ 232 to the cost.

"My first reaction was," How the hell can I pay this? " Harness was indignant.

Shannon and his fiancée, Eliza Novick-Smith, spoke with the financial aid department of the nonprofit hospital at Heart of the Rockies Regional Medical Center. It turned out that Harness missed out on the right to receive assistance.

“Talking to the financial aid provider made us feel like we couldn't negotiate,” Novick-Smith said.

The situation is not unique. Before the 2019 pandemic, more than 29 million people in the United States did not have health insurance, according to the US Census Bureau. The Kaiser Family Foundation found that despite the availability of coverage through the Affordable Care Act marketplaces, 45% say the high cost is the main reason they don't buy it.

“I know it’s really tough right now, especially with the number of people losing their jobs,” she added. "They cannot afford COBRA and, unfortunately, short-term health plans do not cover pre-existing health features."

COBRA is federal law that allows workers to stay on a former employer's insurance plan for a period of time. However, the employer no longer subsidizes costs.

Even those with insurance face high deductibles, copays, or split pay.

In some cases, this can lead to people missing out on needed treatment. According to the National Center for Health Statistics, about 7,5% of US adults over 18 years of age did not receive adequate medical care in the first quarter of 2020 due to costs.

Here's how you can avoid high medical costs.

On the subject: How to reduce the cost of health insurance in the USA and does it make sense

Get an itemized invoice

“Ask for a detailed invoice so you can review it and make sure the charges are correct,” suggested Carolyn McClanahan, member of CNBC's Council of Financial Advisers.

The invoice may contain errors such as incorrect patient, provider, or insurance information, as well as incorrect procedure codes and duplicate invoices.

For example, Medliminal, which detects errors in medical bills, typically finds that 25% of the costs of the bills it has reviewed are unpaid.

Look for other sources of payment

You may have overlooked the methods of paying your bills.

“I have been contacted frequently by people eligible for Medicaid or subsidized insurance,” said Jennifer Bosco, a staff attorney for the National Center for Consumer Advocacy. "In some states, Medicaid eligibility may be available retroactively."

If you don't have insurance, check with your providers to see if they offer discounts to uninsured patients.

There are also federal requirements for nonprofit hospitals to provide financial assistance programs for low-income patients. Help varies by state and institution.

However, according to an analysis by Kaiser Health News, 45% of nonprofit hospital organizations regularly send bills to patients with low enough incomes to qualify for charitable aid.

Ask to lower your bill

Once you've explored all the payment options, ask if your bill can be lowered.

“Not all consumers know they can contact their doctor or hospital and ask for negotiations,” Bosco said.

See your doctor, be polite, and tell the provider that you cannot afford to pay the bill. Then ask for a discount. Bosco noted that uninsured patients are usually charged a general rate, or the maximum amount that a hospital charges for a given procedure.

She suggests asking you to pay for the Medicare rate, which healthcare providers are usually familiar with. You can check the estimated cost of the procedure in your area in Healthcare bluebook.

Remember, you will not be dealing with a doctor, but with the billing department.

“The billing people are so used to negotiation that they expect it,” McClanahan explained.

She noted that one should not expect success immediately.

Harness was able to pay the bill after he filed a complaint with the hospital. In November, he was given a 30% discount on both operations, bringing the cost down to $ 56, he said.

He and Novick-Smith continued to communicate with hospital officials in an attempt to lower the bill. They argued that he should not have paid for the second operation, as it was most likely a complication due to the cutting and stitching of the appendix tissue during the first operation.

In May, the hospital reduced the bill to $ 25. In response, Harness offered $ 143,20, which Healthcare Bluebook noted as a fair price for an appendectomy. The pair then lowered its account to $ 12.

When Harness and Novick-Smith shared their story with Kaiser Health News, the hospital returned with the latest offer: $ 19.

On the subject: Your health insurance company could owe you hundreds of dollars: what you need to know

Once you get your final agreed invoice, you can still request a plan.

"Be very careful and make sure the monthly payments are what you can afford," advised Bosco. "Try to come up with a realistic payment plan."

Harness is now planning to pay his last bill. It's still a big chunk of his monthly income, but friends set up a GoFundMe account to help him.

“It was really great that people wanted to give away some of the little they had to help me in this situation,” he said.

Now he has received insurance from the US Department of Veterans Affairs. Shannon said he was also approved for disability benefits due to hearing loss. He applied for benefits for spine and knee problems caused by the service.