Home Educational program What to do if you get pulled off a flight: pilot's advice

Imagine such an unpleasant situation - you are removed from the flight. A flight attendant comes up and says: "Sorry, but we don't want to fly with you, go to the exit!" Channel author "Captain A320" on Yandex.Zen suggests figuring out what to do next. 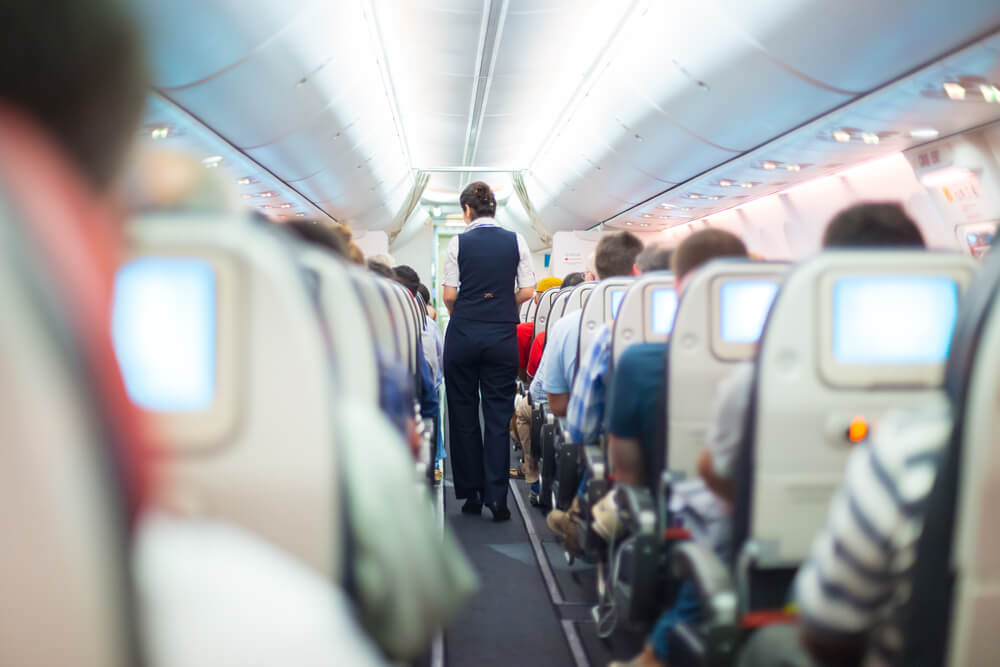 Why might the crew ask you to leave? In fact, there is only one reason - concern for flight safety. That is, about the rest of the passengers. The motives of the crew can and should be understood, it is indisputable. It is much more interesting to understand the reasons that led them to think that your stay on board threatens the safe (and comfortable for all) flight. But the reasons may be different:

So what to do in such a situation? The first and foremost thing is to stay calm. Take a break of 5-10 seconds and think about why you are being asked to leave? Are you drunk? Maybe they did something wrong? And not necessarily on board, perhaps on the bus with someone? Maybe ... Maybe anything. If you understand what prompted the crew to drop you off, it's a little easier. If not, well, consider that this is lawlessness. Just don't tell anyone about it.

The most important thing in this situation is to give the impression of a calm and adequate person. To impress not even the crew - the rest of the passengers. After all, it will be very easy to find them and interview them as witnesses. How should a calm and adequate person react to any (even absurd) requirement of the aircraft crew? That's right, he must fulfill it. And inform the flight attendant who came to you immediately. "Dear girl, I am ready to fulfill all the requirements coming from you as a representative of the aircraft crew!"

Rest assured - this statement will surprise her very much. Very. Brawlers and air hooligans do not behave like that. Never. And this will engender the first doubts in her head - do you really belong to this category.

On the subject: American neutralizes an aggressive passenger trying to hijack a plane

And now you can ask, what is the reason for such attention to your person. Re-emphasizing that you are ready to leave. Yes, this is a game for the audience, but if you do get dropped off, the vague answers of the crew will play in your favor. The biggest mistake in a situation like this would be to raise your voice and argue. Even if you are initially pure as a baby, after raising your voice, you are XNUMX% airborne. Absolutely no options, because your dispute with the flight attendant was seen by the entire cabin. Purely formally, such a dispute will be regarded as “a refusal to comply with the crew’s requirements,” there are plenty of witnesses, and if it even comes to calling the police, any court will side with the airline.

Let's continue. If you have been given a reason - think about whether you are guilty? If yes - well, it's useless to argue, go to the exit. If not, it's still useless to argue, go there. Our exit in 99% of cases is in the front of the cabin, and it is there that the senior flight attendant is waiting for you. And here - stop. This is a chance. It’s worth talking to him. The flight attendant who originally disembarks you is now a defense witness. (If you were originally dropped off by a senior, then he has already managed to see that you are really fulfilling his requirements). Try talking to him in the front kitchen area. That is, where there are no passengers. Calmly, without raising your voice, ask again what is your fault. And explain how you see this situation. The chances are high - it is harder to drop you off than to let you fly away. Even if there is a smell of alcohol: if the crew sees that there will be no problems with you, there is a high probability that you will fly away.

On the subject: She did not wait for the door to open and went out on the wing: in Kiev, an air passenger shocked her fellow travelers

If it didn't work out, now you can go to the representative of the airline. Demand from him a document justifying your disembarkation and calmly write a pre-trial claim. Although I'm pretty sure if you did everything right, it will hardly come to this.

Original column published on the blog. "Captain A320" on Yandex.Zen