“Do you speak Russian?”. In America, fluency in Russian can be a competitive advantage. Numerous companies often try to find employees who speak fluently “great and powerful”. Moreover, this practice is used by companies founded by immigrants from the CIS, and the original American companies. Modern businessmen say: even the Russian business in the USA already lives by the American rules.

Roman Smolevsky - founder of a construction company A + Construction Pro, which grew out of an IT startup for developing a business solution for builders.

Currently, the company employs people from more than 8 from different countries. Some employees know Russian, some do not. Although the project is young, it is developing rapidly and constantly requires state expansion. When applying for a job in this company, Russian is an advantage. 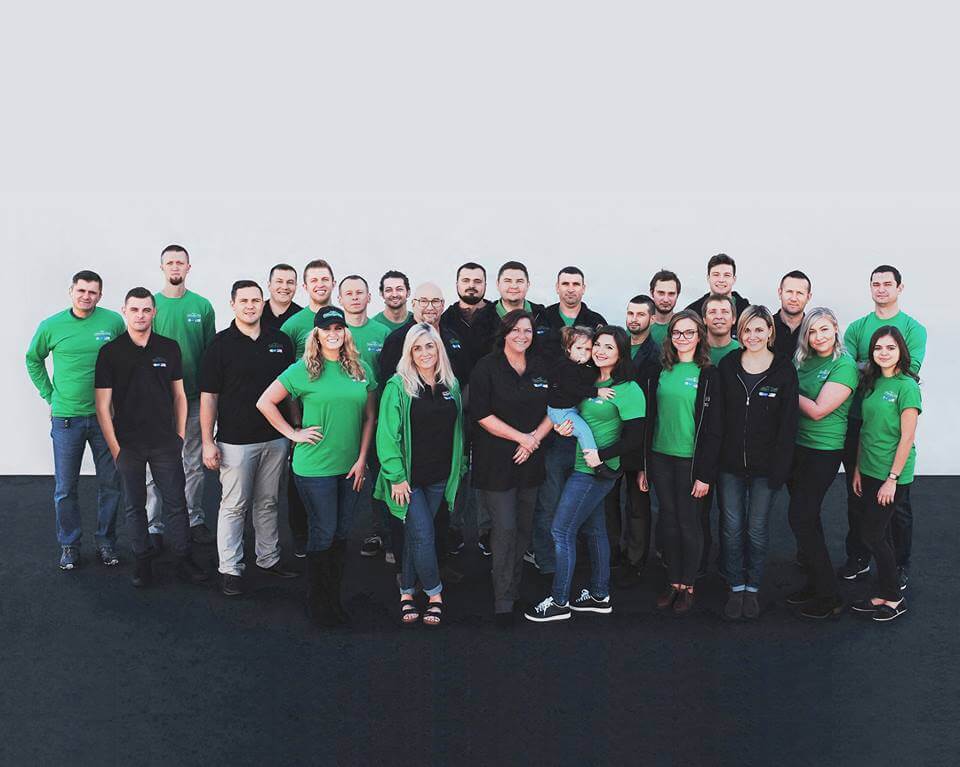 “When the company was smaller, it didn't matter to us whether our employee knew Russian. But as the company grew, it became an important competitive advantage for the job seeker. The fact is that people from different cultures have both a language barrier and peculiarities of mentality, and we are growing so fast that we simply do not have time to be distracted by these nuances. At the initial stage of recruiting, on the contrary, we tried to isolate ourselves from Russian-speaking workers, since we believed in the myths that it is difficult to find a good specialist among our compatriots. But now we understand that this is not so, ”says Roman.

According to him, the company has specialists who, like many, after emigrating to the States, believed that it was better not to go to Russian-speaking employers. As a result, Russian-speaking professionals had to be poached from Fedex, Sears, Uhal and even from government work. “When we talk about this, not everyone believes us, as most people tend to leave to work from business for the state. Well, for an employee to leave government work for the company of a Russian-speaking immigrant - this has never happened in Sacramento! I am proud that A + Construction Pro and first of all, the team of this company, which consists of kind and respectable people, is a magnet for new applicants who know several languages, including Russian, ”says Roman. 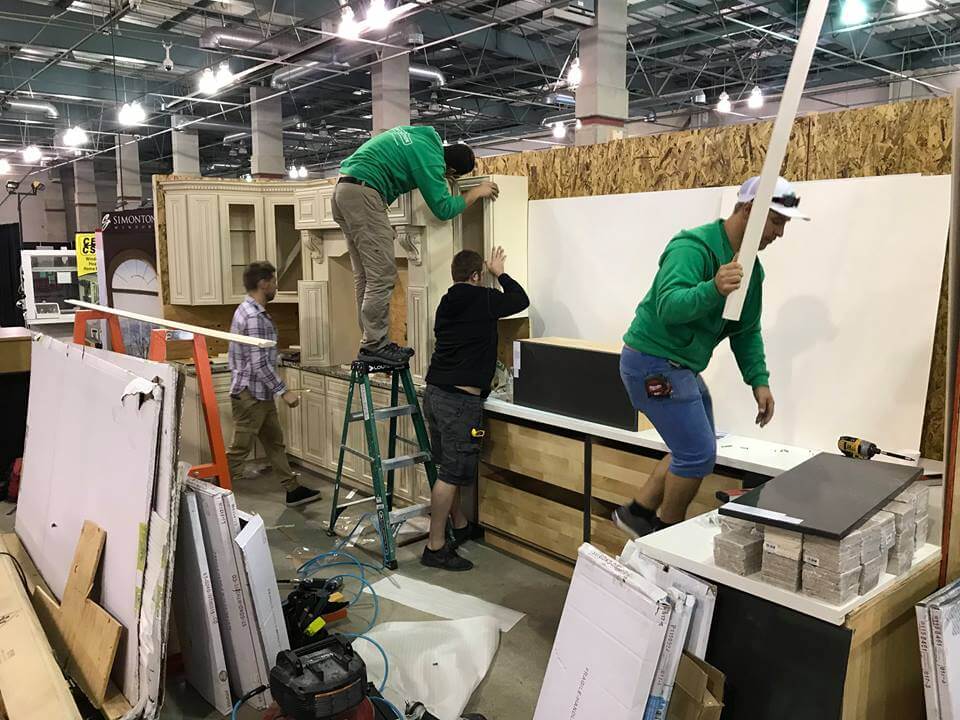 “Our HR manager is prohibited from hiring people if they are expecting a monthly salary of less than double the minimum wage. We don't even consider such resumes, because we are looking for really good specialists who value themselves and can benefit our clients. Our employees receive very decent salaries, ”Roman admits. He adds that their company easily wins the fight for an employee, even local American companies that have been in business for decades. A + Construction Pro there are medical insurance of the highest level, bonuses, bonuses, free access to the best gyms of the city, and also - as a bonus - you can talk with colleagues in Russian.

The list of vacancies in the company is considerable - from the cabinet installer to project managers, engineers and interior designers. In essence, the firm needs all specialists related to the construction sector. The requirements, however, are also high - Russian alone is not enough, you really need to be a professional in your field. 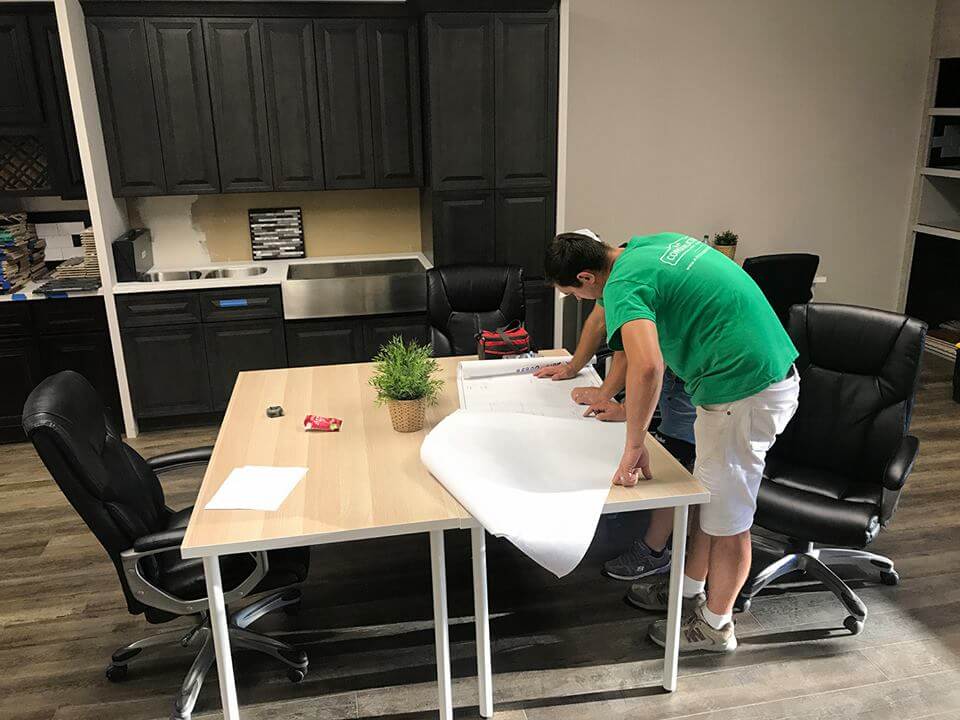 Advantages of work among their own

Working with ex-compatriots may turn out to be exactly what you were looking for, and for what reasons.

1. Mutual language. You got an education in America or confirmed it, you worked a certain amount of time with the Americans and pulled your English to a more than free level, but still at the end of the working day, your head starts to hurt slightly - you’re not tired of work, but of constant communication in a foreign language. This is recognized even by people who have lived in the United States for decades. Working with people whom you understand perfectly well is a dream for many.

2. General mentality. At first you liked to feed the astonished American colleagues with pancakes, dumplings and Olivier, talk about unusual Slavic holidays and dedicate the subtleties of the Russian soul. Over the years, I increasingly want to plunge into a more familiar environment. It's great when the boss understands why January 1 cannot be a working day, and colleagues do not need to explain why Christmas comes to the house not only on December 25, but also on January 7, and what a strange “Old New Year” you celebrate in the night from 13 to 14. The common past and the colossal joint background allow you to quickly understand each other and feel at work at home.

3. Common difficulties and joys. Say what you like, but Native Americans do not understand most of the immigrant problems. You cannot chat with them at lunch about your relationship with friends who remained in the former country, about how best to arrange elderly parents here, or how to teach children at least to speak Russian at home. Having moved to the USA, many are trying to move as far as possible from their compatriots, they are trying to show in every possible way - we are not with them, but most of these people sooner or later start to miss what they consciously wanted to disown of forever.

Oleg Nechaev, the owner of a small coffee shop in New York, confirms: the current Russian business is already operating according to American standards. The stereotype that among their own often you can encounter deception or rudeness, more and more remains in the past of Brighton 90's.

“We, the new generation of owners, are completely different in business. I understand that my employees must be protected and receive a normal salary. Then they will do their job well, work for a long time, I will not have a routine, and regular staff - like regular customers - is the key to the success of any catering. But often, good people don't come to me - because they know that I am Russian. How to deal with this - I do not know, except that time will help. " Now Oleg has managed to gather a good skeleton of people, but he is not particularly under a delusion, he says - it was possible only because the team needs a small one.

He is convinced that those Russian-speakers who are now starting to build a business in America are a completely different stratum compared to those who have been living in Brighton since the 80s. Most of them are young, ambitious, creative people, with an understanding of the rules of conducting a civilized business and the desire to build their company honestly. And very often in such companies, Russian-speaking people can claim positions even higher than the Americans, with an appropriate level of payment and social benefits.

Your question A + Construction Pro

How Ukrainians built a successful leather goods business in the USA

As an immigrant from Belarus, we built a successful business in the USA and now helps earn others

How to get a student visa M-1