Home Page In the U.S. The White House tried to ban schools in the US from accepting illegal children

Some senior presidential aides, Donald Trump, have been looking for ways to allow states to prevent illegal immigrant children from entering public schools for months. All this is part of the administration’s efforts to curb illegal immigration to the United States. 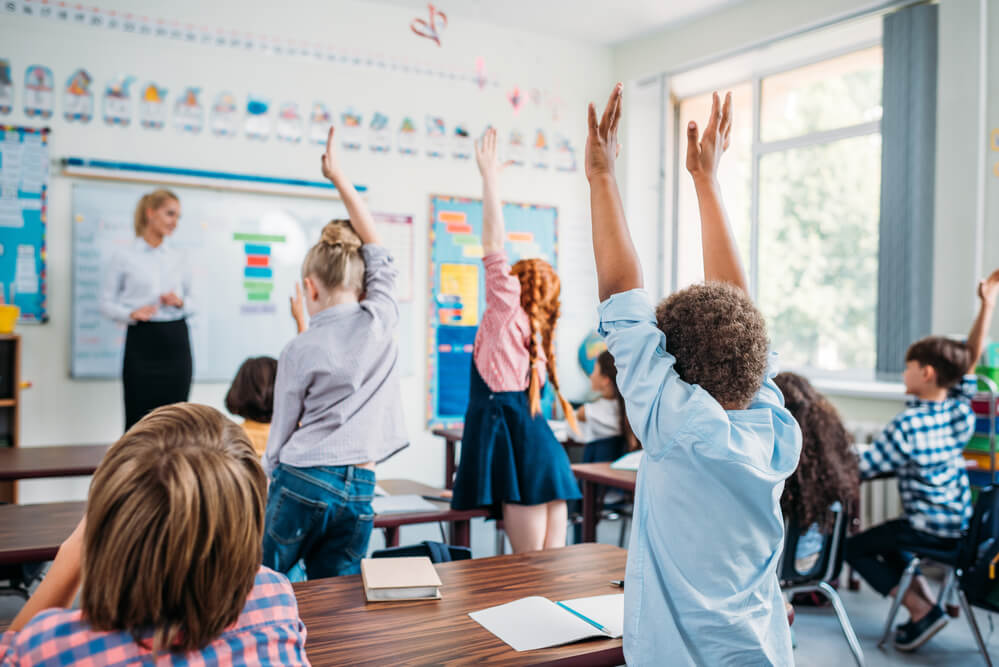 Trump's senior adviser Stephen Miller in 2017 was the driving force behind this effort, repeatedly exerting pressure on cabinet officials and members of the White House Domestic Policy Council to come up with a way to limit the reception of illegal children. This publication Time was reported by several people familiar with this issue.

The publication writes that some of the ideas on immigration could be implemented without the approval of Congress.

In the end, the idea had to be abandoned due to the fact that any such effort runs counter to the 1982 Supreme Court case of the year, which guarantees access to public schools. But considering the denial of access to education by hundreds of thousands of children illustrates the breadth of the White House’s efforts to combat illegal immigrants.

Strategy repeated the goal new ruleannounced by the administration earlier this week, which could prevent immigrants from becoming legal permanent residents if they enjoy state benefits.

Recall that any immigrant who used Medicaid, government housing assistance, or food stamps for more than 12 months in an 36 month period may be denied permanent resident status under the new rule.

Since the end of 2017, Miller has been trying hard to find a way to limit unregistered immigrants' access to public services, including education.

These efforts included a review last year of a guidance note published by the Department of Education. It stated that states have the ability to refuse students without documents to attend public schools, from kindergarten to high school. However, the note was not sent out.

On the subject: How to track the delivery of your green card and other immigration documents

The pressure in the White House ceased as members of the administration decided that the plan could violate the 1982 year’s Supreme Court Plyler v. Dow, which prohibited states from refusing public education on the basis of their immigration status.

The court, in a ruling 5-4, stated that the refusal of migrant children to education “will exclude any real possibility that they will make even the slightest contribution to the progress of our nation”, and that punishing them for the actions of their parents “does not correspond to the fundamental notions of justice” .

Immigration activists said they were alarmed that the White House was considering a change in policies regarding migrant children.

"Such a radical change in policy would be illegal, unacceptable and un-American," said Frank Sharri, who leads America's Voice, an immigration advocacy group.

During the presidency of Barack Obama, immigration rights groups expressed concern that school systems were hindering the registration of children, imposing stringent documentation requirements. In response, the administration issued a guide for school administrators to be more flexible with respect to documents.

A guide from 2014 says that schools can accept utility bills or rentals as alternative proof of residence at a specific address. The manual came out after reports that some areas require a driver’s license or social security cards that are not available to those who are illegally in the country.

“Public school districts are required to admit students regardless of immigration status and without discrimination based on race, color or national origin,” said former attorney general Eric Holder.

On the subject: How to check the status of your immigration petition in the USA

In 1996, Congress attempted to enact a law that would allow states to block government education grants for undocumented children or charge tuition fees, but the attempt was unsuccessful. Former President Bill Clinton threatened to veto the bill.

According to a study by the Pew Research Center, in 2014, about 725 000 kindergartens and students of 12 classes in US public and private schools were not allowed to be in the country. This is about 1,3% of the total number of students.

Earlier this year, the United States Census Bureau reported that the cost per student for primary and secondary education is $ 12 201 per year, which means that costs for undocumented students may exceed $ 8 billion per year.

10 colleges where you can get a free education

American slang: words and phrases that are worth knowing if you live in the USA

As in the USSR: Russian scientists have limited contacts with foreign colleagues

How an immigrant can get a sought-after medical profession in the USA: a school in New York announced a new recruitment