Millions of people around the world use the Airbnb short-term rental service. This can both positively and negatively affect the cities where housing is rented. In some countries, the government is trying to intervene in the relationship between service and homeowners. And that's what comes out of it. 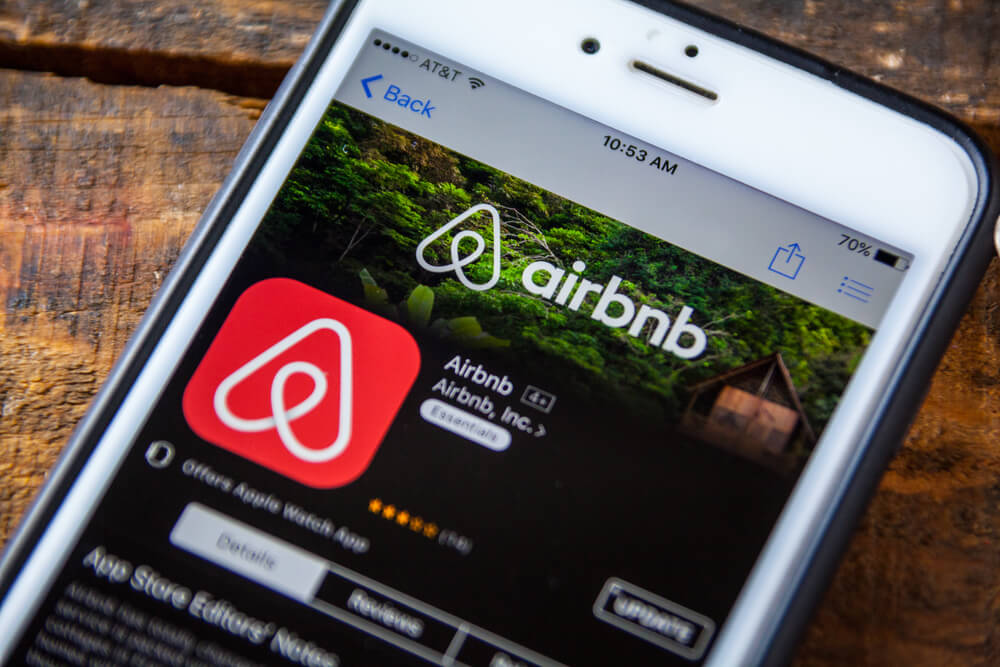 Airbnb celebrated its 10th anniversary in August - by that time the company's capitalization was $ 30 billion.

Local authorities are constantly trying to restrict the service - from Tokyo to Berlin to San Francisco.

And although Airbnb opens up new places for more tourists, sometimes locals are not happy with it. In addition, many fear that property owners will mostly switch from long-term to short-term rentals, which is much more profitable.

For example, one study revealed that those who rent housing on Airbnb in the Lower East Side of Manhattan in New York earn two to three times more than those who rent out there in the same place. 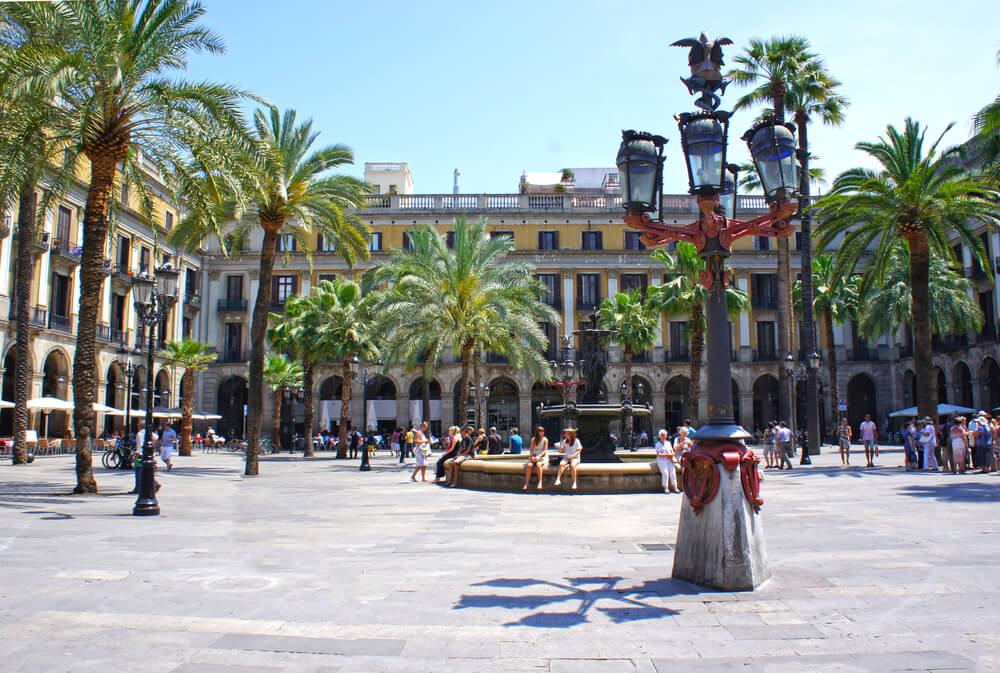 It is in New York is preparing bill, according to which the owners will be required to provide information about themselves. According to city officials, this will help fight illegal housing, and will also prevent the increase in long-term rental prices for residents of the city.

Restrictions on short-term rent in the world

Affordable housing and a sense of community

Although the overall percentage of Airbnb rental housing in a city is probably small, it can increase and become more significant in certain areas, for example, in the historic center of Barcelona.

Barcelona has stopped issuing new short-term rental licenses, without which it becomes illegal. The city council says the illegal renting "creates speculation and an illegal economy, not bringing anything positive to local residents and causing only trouble and complaints."

Studies in Boston, Los Angeles and across America have found a link between the concentration of Airbnb rental housing and long-term rental prices.

In Los Angeles, for example, in 2014, almost half of Airbnb housing was concentrated in seven boroughs, and there rental prices grew a third faster than the city average. A broader US study found that a 10 percent rise in the cost of housing on Airbnb resulted in a 0,42% rise in rental prices and 0,76% in home prices.

Of course, many factors affect the housing market. And the author of a study on Los Angeles suggests that the growth of Airbnb may be the result of deeper housing problems.

At the same time, it is noted that the company's profit from illegal leasing can lead to “higher prices, reduced supply on the market and exacerbated segregation”.

In addition to access issues, some worry that the rapid proliferation of short-term offers may affect the atmosphere of the districts.

Edinburgh's Cultural Heritage Office is concerned that "the character of the Old City is particularly changing" short-term rentals, although it acknowledges that it promotes tourism and helps businesses. 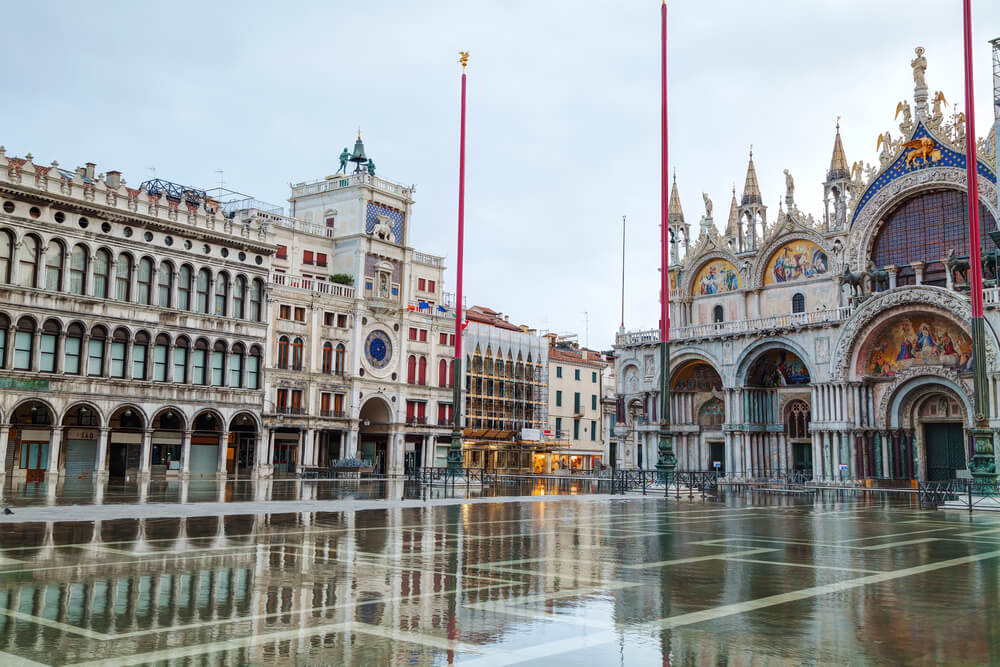 Another study was based on surveys among residents of the Hawaiian island of Oahu about attitudes towards short-term rentals. They noted both positive and negative effects - the latter were much more.

Their biggest concern was about the loss of community, more than twice as likely as concerns about affordability and value.

“It changes the way the neighborhood feels like a revolving door with strangers appears,” said one resident.

Many are also worried about the problem of "excess tourism". More than 30 million people travel to Barcelona and Venice, for example, every year, causing constant debate about the consequences of the influx of tourists.

Many locals also complain about the behavior of short-term tenants, who organize noisy parties and clutter up parking.

Airbnb and other services for short-term rental housing can offer a positive experience to both guests and hosts.

Guests are hoping to save on hotel costs while still getting more authentic accommodation in less touristy areas. My research found that about 90% of Airbnb guests say they were “satisfied” or “very satisfied” with their stay.

The owners get the opportunity to meet people from all over the world, also earning money.

In a broader sense, Airbnb helps to accommodate more tourists and attract new customers and businesses in mostly residential areas. 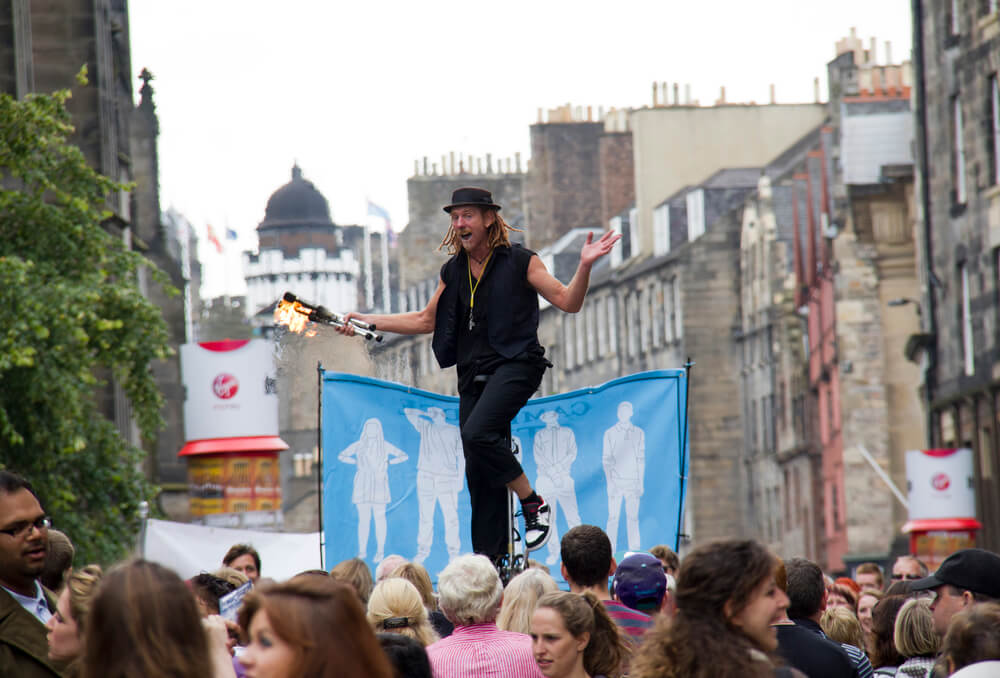 Airbnb was the official partner of the Fringe festival in Edinburgh this year and claims to help the local economy. Photo: Depositphotos

The company itself believes that it helps to diversify tourism, as it promotes the places that need the most visitors, reducing overcrowding in tourist areas.

Airbnb claims that the money earned on the delivery of housing turn into social and economic benefits for families, local communities and authorities.

“Since the travel and tourism industry is growing faster than much of the economy, it is critical that residents and communities benefit from the fact that people travel to their city,” says a company spokesman.

He adds that the company is working with authorities around the world on transparent rules to ensure that hosts and guests can be confident in and trust the platform.

The rapid growth of short-term rental companies, as well as the development of drones and self-driving cars, is a rather unexpected phenomenon that makes authorities contemplate their regulation.

Airbnb promises to host a billion visitors each year for the 2028 year. The level of the company's ambitions means that disputes over regulation in the near future will only get hot, and many will begin to try to control its influence.

Further we can see stricter restrictions - this happened in Japan, as well as in Barcelona and Palma.

Even those jurisdictions that choose conciliatory approaches may prohibit exposing certain homes or requiring them to share rental data.

It can put a stick in the company's growth plans, but it can also help formalize and legitimize Airbnb’s presence as a regular player in various areas around the world.

What is happening in Russia and in the post-Soviet space?

In Russia, local authorities do not regulate the delivery of housing through Airbnb. Moreover, the service is becoming increasingly popular among landlords.

There are no restrictions on the days of delivery, the landlord can choose how to pay taxes: either 13% as an individual, or 6% as an individual entrepreneur. At the same time, it is not clear how to control the payment of this tax - the owners themselves take responsibility for this.

Airbnb was particularly popular during the 2018 World Cup, when housing was rented in large quantities and often at inflated prices.

According to the company, since 14 of June more than 277 thousand guests rented accommodation in Russian cities through Airbnb, which is four times the figure for the same period last year.

Most of the guests - more than 97 thousand - were received by the hosts in Moscow, in second place was St. Petersburg, which received 82 thousand tourists. As noted in Airbnb, 58% of hosts rented out through this service for the first time.

In Kazakhstan, it is similar to the Russian taxation system for short-term rentals. The easiest way is to rent out an apartment as an individual and pay 10 percent income tax.

In Belarus, this year, simplified conditions for the delivery of housing for rent. Now the landlord does not need to register as an individual entrepreneur. He only has to pay a flat tax on short-term rent; in each region it is different. In Minsk, for example, it amounts to 62 Belarusian rubles per month (about 30 dollars) per room.

In Georgia, the owner, who rents out housing, must pay the state 5% of the rent. If he receives income over 40 thousand lari (about 16 thousand dollars) during the year, he also pays income tax in the amount of 0,2-0,8% of the amount of income.

The secret of success from Ukrainians in New York: business in 'communal apartments'