Home Our people Towards the American dream on pointe: how a Ukrainian woman forever changed ballet in the USA and the world

Another story about our talented compatriot who conquered America. Varvara (Barbara) Karinskaya is an Oscar winner, friend and muse of the brilliant ballet master George Balanchine. How it all began, tells "Ukrinform". 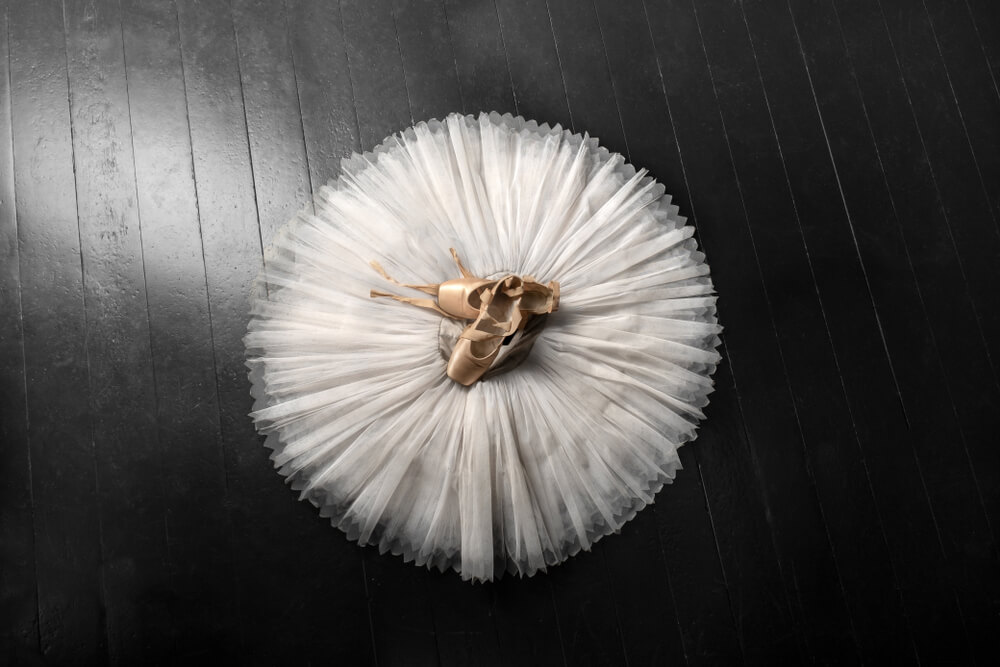 Varya was born in the family of one of the richest entrepreneurs in Kharkov (now Ukraine) in 1886. The third child of 10, the eldest daughter, she was fond of sewing and embroidery since childhood. After the second marriage (her first husband died of typhus in 1909) she moved to Moscow, where she received an intelligent audience in her apartment after theater or ballet performances.

During this period, she began exhibiting her works in the field of ballet costume in a Moscow gallery. Subsequently, in Moscow, she opened a model studio for sewing clothes and hats. high fashion, an antique shop and an embroidery school, which the Soviet government soon nationalized.

In the turbulent post-revolutionary times, Karinskaya managed to escape abroad - under the guise of organizing an exhibition of works by her students in European countries. Over the years, Varvara Andreevna has collected a unique collection of ancient church embroidery of the XNUMXth-XNUMXth centuries, as well as noble embroidery - from the Catherine to the Alexander epochs, which the ethnographer was able to save from destruction by edging the masterpieces in frames and covering them with student embroideries on the themes of the cult of the Prolitariat and the Soviet the state.

During a short stay in Paris, fate gave Karinskaya an acquaintance with interesting colleagues, famous representatives of the then bohemia. As a designer of theatrical costume, Varvara Andreevna worked on sketches by Henri Matisse, Claude Berard, André Derain, Joan Miró and others. She even collaborated with Salvador Dali and Marc Chagall. 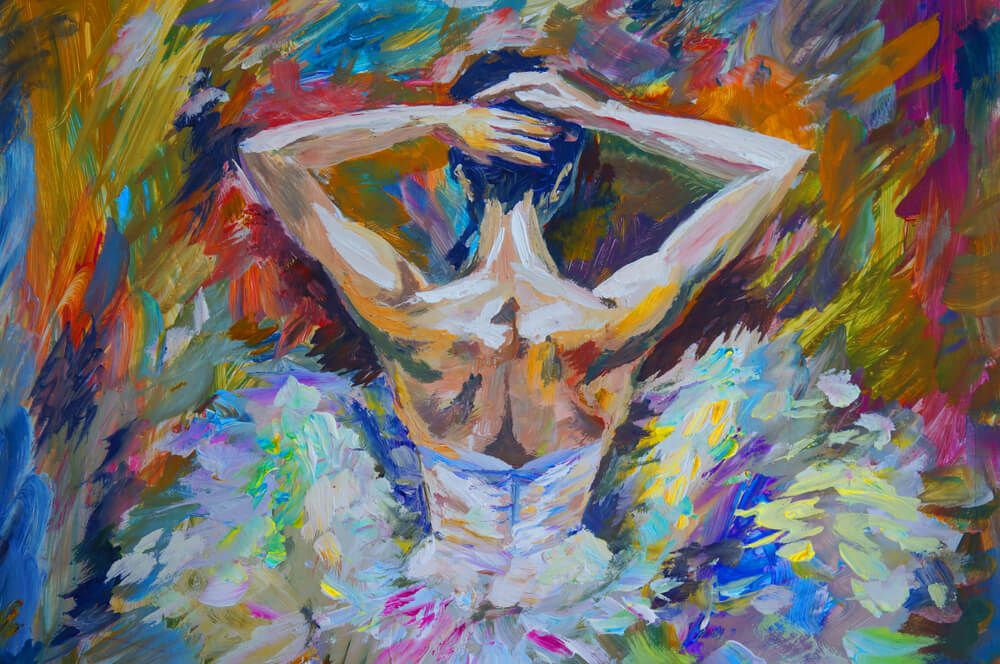 In England, the master opened an atelier for the production of theatrical costumes, which instantly became popular. Europe began to shake and sway, so in 1939, Varvara moved with her family to New York. Refined taste, the ability to cut, sew and embroider immediately pushed the way for this talented artist. Of course, it so happened that she came together in a creative alliance with George Balanchine, a choreographer of Georgian origin, who laid the foundation for American ballet and modern neoclassical ballet art in general.

Upon learning that his muse had sailed to New York, George Balanchine immediately sought out the fashion designer, immediately allocated one of the rooms in his ballet school for a workshop, and resumed his creative collaboration. When the famous choreographer and founder of American ballet George Balanchine was asked what was most necessary for his work, he answered without hesitation: "Karinskaya!" 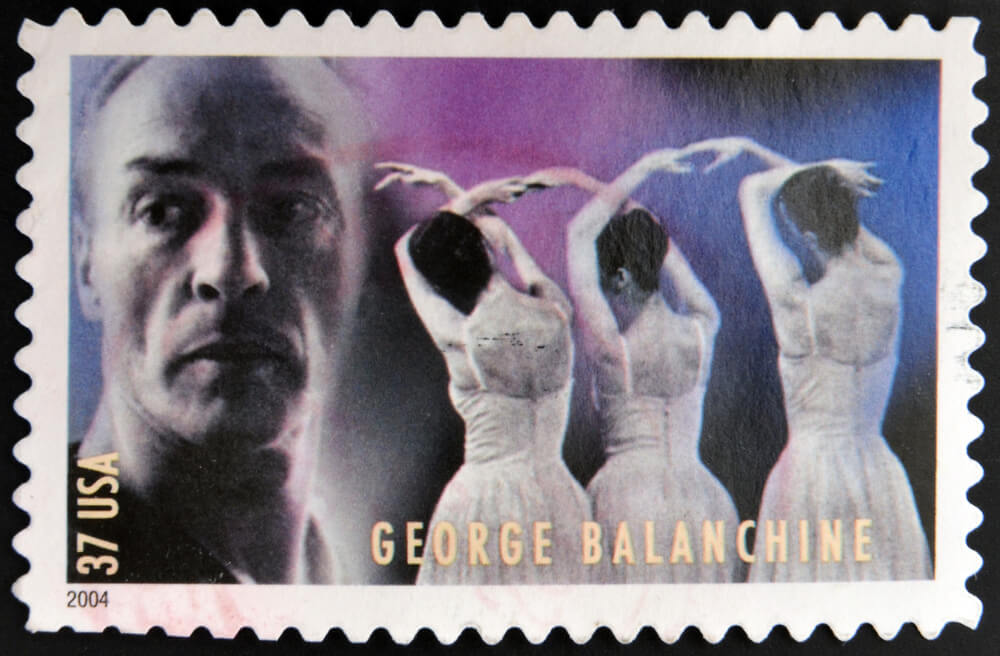 So Varvara Andreevna, at the age of 55, had to start everything from scratch.

Karinskaya was not only engaged in ballet costumes - she was also involved in Broadway productions, various shows, and later, of course, she was attracted by Hollywood. The award for the Ukrainian costume designer was brought by the historical drama “Joan Of Arc” (1948) directed by Victor Fleming, starring Ingrid Bergman. The academicians were unanimous in their decision: Varvara Karinskaya received the Oscar for the costumes.

The craftswoman gave her heart to the New York City Ballet. Together with Balanchine, they created works of art unimaginable at that time. He is dancing, she is in costumes. In 1950, Karinskaya created the “same” ballet tutu: there was no frame in it, in contrast to the classical tutu; it also had not twelve or more layers of chiffon, as usual, but six or seven. Meanwhile, each layer of tulle was made slightly longer than the previous one. Not very close to each other, they formed a lovely, fluffy, soft ballerina's skirt, reminiscent of a powder puff. Sometimes a fashion designer could embroider a flower from the inside - no one except the dancer herself saw this charm, but the designer knew how such a trifle would cheer up the ballerina.

On the subject: Seven things that may surprise you in the US

The sophistication of the costume was confirmed by the American ballerina and actress Allegra Kent: “Dancing often in costumes from Barbara Karinskaya (“ The Seven Deadly Sins ”,“ Swan Lake ”,“ The Nutcracker ”), I felt like a fish sliding in water. What can we say about the fantastic beauty of these costumes ... It was not for nothing that George Balanchine claimed that half of his ballets' success was gained precisely because of them! "

In 1962, Barbara Karinski, now 76 years old, was awarded the most prestigious dance shoe award in the world of choreography, Capezio.

A special postscript read: "For the visual beauty for the audience and the complete admiration of the dancers." Ukrainian, by the way, is the only fashion designer who was awarded such a high award.

Fantasy, hard work, refined taste of Varvara Karinskaya influenced not only ballet in the USA, but also the modeling of stage costumes in everything world.

Six bad habits that Americans have infected the whole world