Home Incidents Yellowstone closed due to record flooding: locals were trapped and without drinking water

Yellowstone closed due to record flooding: locals were trapped and without drinking water

Yellowstone National Park will remain closed to visitors until at least June 15 due to the danger of flooding, which has forced evacuations from the park and left some residents of nearby communities trapped and without drinking water, officials said. CNN. 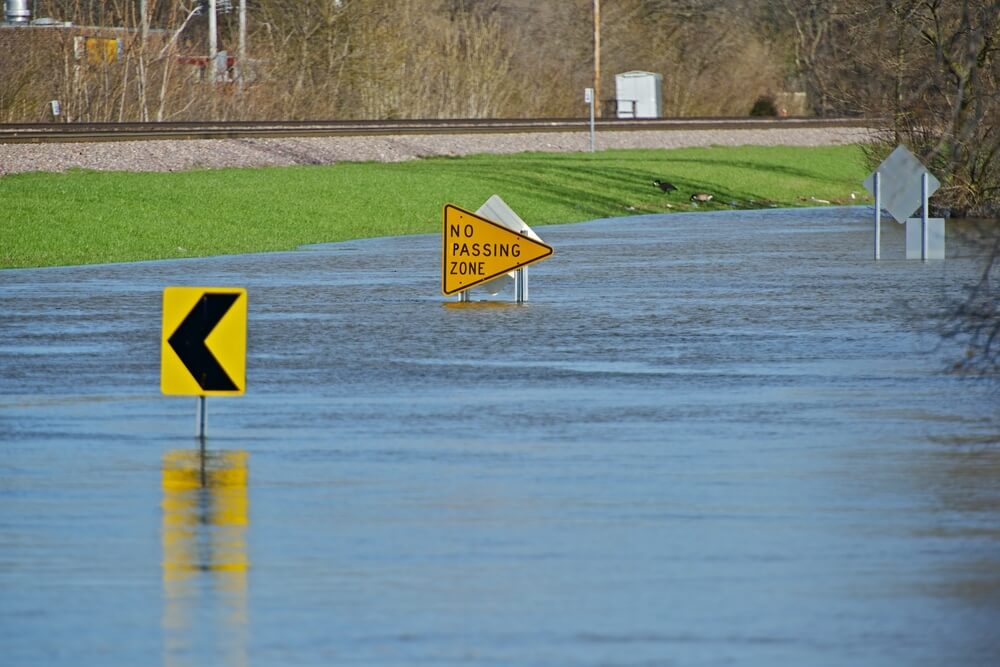 On June 13 afternoon, the park announced that all park entrances were closed to visitors, citing "record flooding" and more rain forecasts.

“Our first priority was the evacuation of the northern part of the park, where we had numerous accidents on roads and bridges, landslides and other problems,” Yellowstone Superintendent Cam Sholley said on June 13.

Just north of Yellowstone, several cities in Montana are also experiencing severe flooding that has washed out bridges and roads, making travel unsafe and impossible to evacuate, Park County officials said on Facebook June 13. Officials have also issued warnings in many areas to residents not to drink local water due to broken water pipes and flooded wells.

On the subject: Abnormal heat in the USA: the guy from Phoenix fried burgers on the panel of the car

“Near my house, the river has never risen so high,” said Elizabeth Alak, who lives in Gardiner, Park County. Alak said on June 13 in the afternoon that she could not evacuate because the roads and bridges around her house were washed out.

An Indiana family staying in a short-term rented cabin in Gardiner said they were supposed to leave on June 13 in the morning, but flooding left them stranded.

“Water levels on June 11 were high, but over the past 10-12 hours the situation has worsened,” said Parker Manning. “Our route from the city was supposed to go north along Highway 89, but at present all these roads are flooded.”

According to meteorologist Brandon Miller, the Yellowstone River, which flows through the park and several cities in Park County, rose to an all-time high on June 13 due to recent heavy rains and significant runoff from snowmelt at higher elevations.

According to NOAA data, the Yellowstone River gauge in Corwin Springs, Montana, measured nearly 4,5 meters on June 13 afternoon, surpassing a historic high of 3 meters since 51.

Extreme weather events across the country have hit communities hard in recent days, including thunderstorms that have left almost 300 people without power in the Midwest, the threat of a tornado in Chicago, and a severe heat dome that has left more than a third of the US population without power. electricity.

Some are evacuated while others remain trapped

With several roads and bridges rendered impassable by flood waters, park and county authorities are working to evacuate anyone who can evacuate and provide support to those who cannot leave.

The National Guard and local search and rescue teams assisted with evacuations and rescues throughout the county, including with the help of two airlifts.

Several communities in Park County are isolated and surrounded by water, including Gardiner, Cook City and Silver Gate, according to a post on the county's Facebook page. Rapidly rushing floodwaters also damaged homes. The photographs show that the houses are partially or completely destroyed.

Due to forecasts of higher flood levels and concerns about water and sewer systems, the park also began moving visitors away from the south end of the park on June 13, Scholley said.

“We won't know when the park will reopen until the flood waters subside and we can assess the damage to the entire park,” Scholley said. “It is likely that the northern loop will be closed for a significant amount of time.”

Rainfall in northwest Wyoming and southern Montana was more than 400% of the regional average in June, Miller said.

According to the NWS in Riverton, Wyoming, the sharp increase in rainfall was accompanied by near-record temperatures in the region, which caused snow to melt in the highlands. During the night of June 12, melting snow seeped water into streams and rivers, NWS said, further increasing floodwaters.

In addition to the record set in Corwin Springs, the Yellowstone River reached 3,32m in Livingston, Montana on June 13, surpassing the 1997 record of 3m, according to the NWS in Billings, Montana.

A man with a weapon burst into a children's camp in Texas: thanks to the prompt response of the police, he did not manage to kill anyone

Scientists have learned how to extract electricity from the human body: this opens up incredible possibilities