Home Page World Volcanic eruption in Italy: people threw themselves into shock in the sea, a tourist was killed. VIDEO

Volcanic eruption in Italy: people threw themselves into shock in the sea, a tourist was killed. VIDEO

On the Italian island of Stromboli, a volcanic eruption occurred, one tourist was killed, the island was covered with ash. 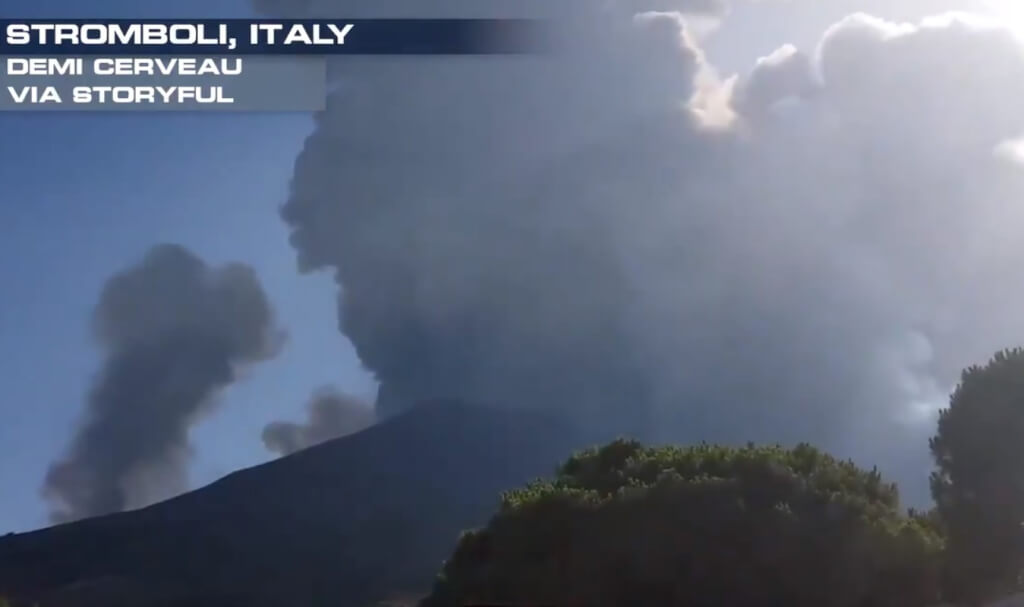 The eruption caught the victim by surprise when he made the ascent to the summit of the volcano, the mayor of the city of Lipari, Marco Giorgiani, told Ansa Italian agency, Air force.

A tourist was killed by a falling stone, a rescue service representative told Reuters.

Firefighters are struggling with the consequences of the eruption. According to eyewitnesses, two lava flows flow down the mountainside.

On the subject: Growth of seismic activity in Yellowstone: 5 billion people may die in the event of a volcanic eruption

Ash falling from the sky caused several fires on the island.

“We saw an explosion from a hotel,” Mikela Favorito, a hotel worker, told Reuters. "There was a loud explosion."

“We covered our ears, and then a cloud of ash hung over us. The whole sky is in ash, the cloud is very large, ”she added.

“We turned around and saw a mushroom cloud coming from Stromboli. Everyone was shocked, ”said the tourist.

On the subject: In Hawaii, a visitor fell into a volcano from a 20 meter height - and survived

Volcano eruption on the italian island of #Stromboli.

A large plume of gas and more At least 1 death has been reported. pic.twitter.com/uWXG3yCXHp

Vacationers reportedly threw themselves into the sea when they saw a column of ash rising above the volcano.

The island is considered a popular holiday destination for wealthy people and celebrities. Stromboli is called the “lighthouse of the Mediterranean”.

The volcano on the island is one of the most active on the planet, it has been erupting almost constantly since 1932. The last major eruption occurred in April 2009.

More than 1000 earthquakes occurred in California in three weeks: what should residents prepare for

In Hawaii, a visitor fell into a volcano from a 20-meter height - and survived