The American airline Southwest Airlines is sending passengers a notice of rescheduling and connecting flights with very strange times. Writes about it USA Today. 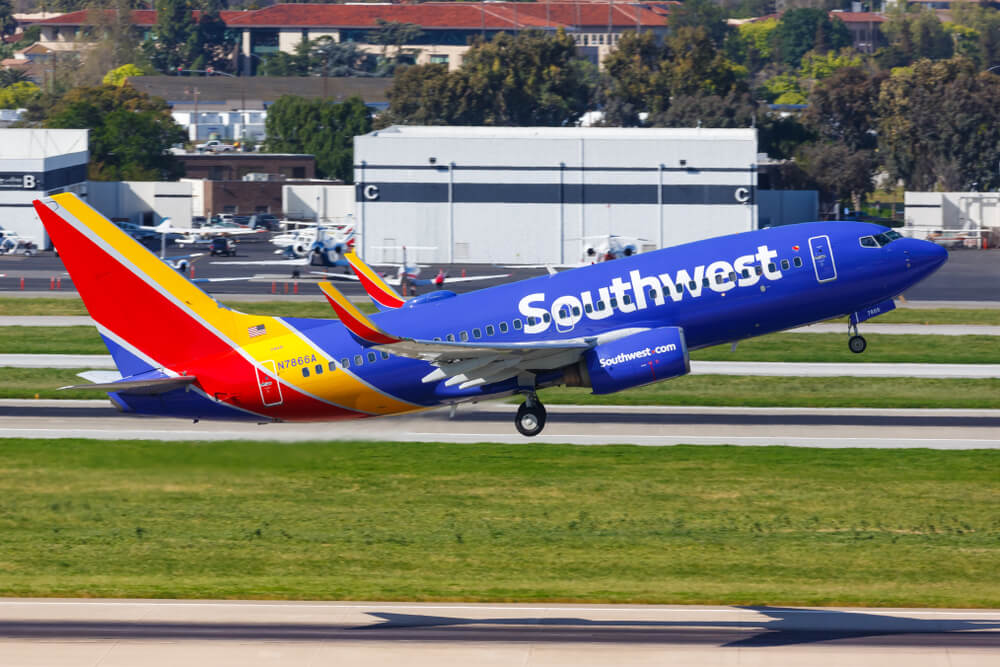 "We've made changes to your upcoming trip." Joan Tran knows that airline emails with this subject matter are rarely good news, especially during a pandemic when airlines are cutting flights en masse.

But the Southwest Airlines flight changes sent by Joan, who was to fly with family and friends, were a little different than usual.

And her sister received a completely ridiculous letter. She was supposed to be on the same San Diego-Reno nonstop flight as the entire 15-member group, but the new booking states that she starts in Oakland, then connects in Las Vegas, and then arrives in Reno. ... The letter says a flight on the same date as the day of departure, as a return flight from San Diego to Oakland. And the time it says is the same as the departure time from Oakland to Las Vegas.

Karen Doltz received a similar letter from Southwest. Her September flight from Philadelphia to San Diego leaves just an hour earlier than she booked, but a new connecting flight to Chicago leaves an hour before she is due to land there.

Southwest has downplayed the meaningless flight changes, saying passengers are receiving advance information about flight changes that is still incomplete.

Southwest Airlines spokesman Brad Hawkins said travel routes are still being revised because the airline is prioritizing upcoming travel for the next two weeks.

Due to weaker-than-expected travel demand due to a sharp increase in COVID-19 cases, the airline recently canceled a significant number of flights scheduled from September 6 to October 7. Hawkins explained that the airline “successfully changed” 95% of these bookings, leaving 5% pending final changes.

“The booking engine sometimes offers several options. The examples that passengers have shared require attention from representatives to select the best options for passengers, ”Hawkins said.

On the subject: 7 ways to avoid flying on a crowded plane during a pandemic

The airline states that travelers who receive emails about changes to their reservations are awaiting further changes from the airline representative after reviewing options.

“These incidents are not new and have always happened. This year, the sheer number of changes brought about by the monthly flight schedule revisions keeps our people working around the clock to serve customers. We are grateful for their patience as we work through the queue and always encourage customers to contact us for help, ”Hawkins said.

He said that passengers concerned about the flight change can call the airline (800-435-9792) for more information.

Dolz, who works in information technology, suspects a computer glitch is to blame.

She said she had received many flight change emails from Southwest, but "I've never seen anything like it before."

She called Southwest, but hung up after 28 minutes. Dolz is in no rush as she plans to cancel the flight because the wedding she planned to attend has been canceled.

Tran said that she and her family are celebrating several birthdays in Tahoe and are struggling to rebook their flight. Southwest has canceled the direct flight and cannot rebook them together on the new flight, an airline spokesman told her.

“Now we're trying to adjust to their schedule, not ours,” she laments.

They are more likely to take advantage of the refund offered by Southwest and book their tickets with another airline, she said.