Home Page Educational program The heat on the planet will become increasingly deadly: which regions are threatened

In the coming decades, the deadly heat will become a more serious global problem due to anthropogenic climate change. This is the conclusion of the authors of a study published in Nature Climate Change, writes CNN. 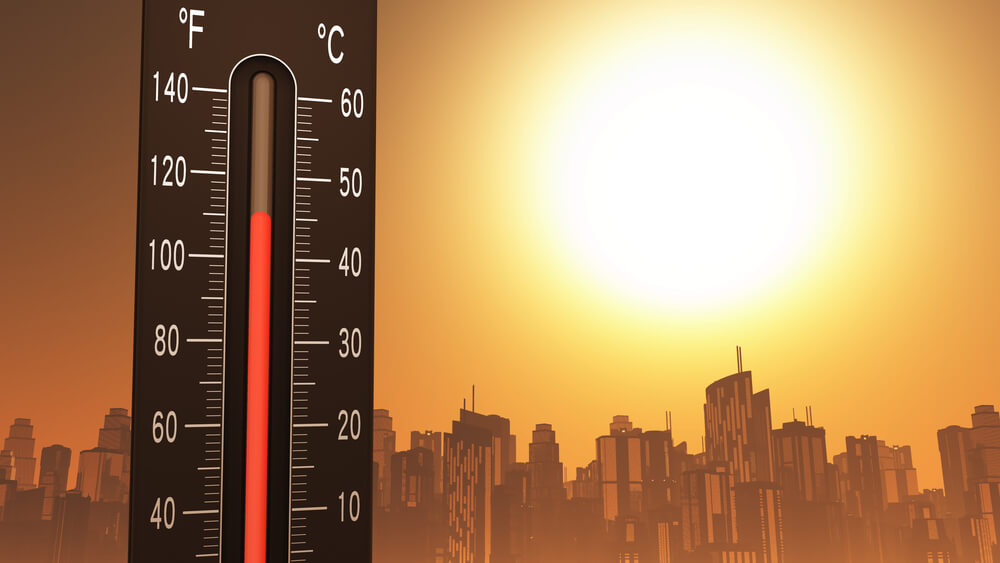 The study says that by 2100, 75% of the world's inhabitants will experience at least 20 days with extreme heat and humidity if greenhouse gas emissions continue to increase with the same intensity as they are now.

Even if people sharply reduce hydrocarbon emissions into the atmosphere, as stated in the Paris Climate Agreement, it will not be possible to stop global warming - an increase in temperature and humidity levels will provoke an abnormal heat wave.

“Our attitude towards the environment is so reckless that we run out of alternatives for the future. Before the heat wave, we have several options between bad and terrible. Many people already feel the effects of the heat wave, but things could get worse if emissions are not significantly reduced, ”said Camilo Mora, professor at the University of Hawaii at Manoa and lead author of the study.

Excessive heat is deadly, as the human body can function only in a narrow range of body temperatures around 98,6 degrees Fahrenheit (37 degrees Celsius).

Scientists analyzed hundreds of historical heat peaks to determine which weather conditions pose the greatest risk to people's lives. They studied the incidence of deaths due to abnormal heat in 164 cities in 36 countries of the world (for example, over the summer of 1995, more than 700 people died due to heat in Chicago), and found a common threshold when abnormal heat becomes deadly.

The resulting threshold allows researchers to rank heat waves on dangerous and non-hazardous, as well as to study how climate models will operate at different levels of greenhouse gas emissions.

For example, in New York, where the anomalous heat now comes about two days a year, this threshold will increase to 50 days by 2100.

Now about 30% of the world's population (and about 13% of the land area) are experiencing at least 20 days a year when the temperature reaches a deadly threshold. By 2100, this percentage will increase to 74% of the population (47% of land) if greenhouse gas emissions do not stop.

If you now start to drastically reduce greenhouse gas emissions, then this may help improve the situation, but only slightly.

“If we do everything in our power and fulfill the Paris Agreement, then almost 50% of our population will still suffer, and this is bad. But if we do nothing, more than 70% of the population will be affected by the heat wave, ”says Mora.

Most of the inhabitants of the more humid tropical areas will suffer from abnormal heat. Most of these areas do not adapt well to climate change, as they have limited access to air conditioning and reliable electrical networks.

Warming up suicide rate in the US

Record heat: in 18 US states, temperatures will rise above 100F

In New York came a strong heat: how to protect yourself