Home In the U.S. Falling straight out of the sky: Birds die en masse in the southwestern United States

Thousands of migratory birds “fall from the sky” in several states in the southwestern United States. Scientists call it the largest mass extinction in recent history. Writes about it Insider. 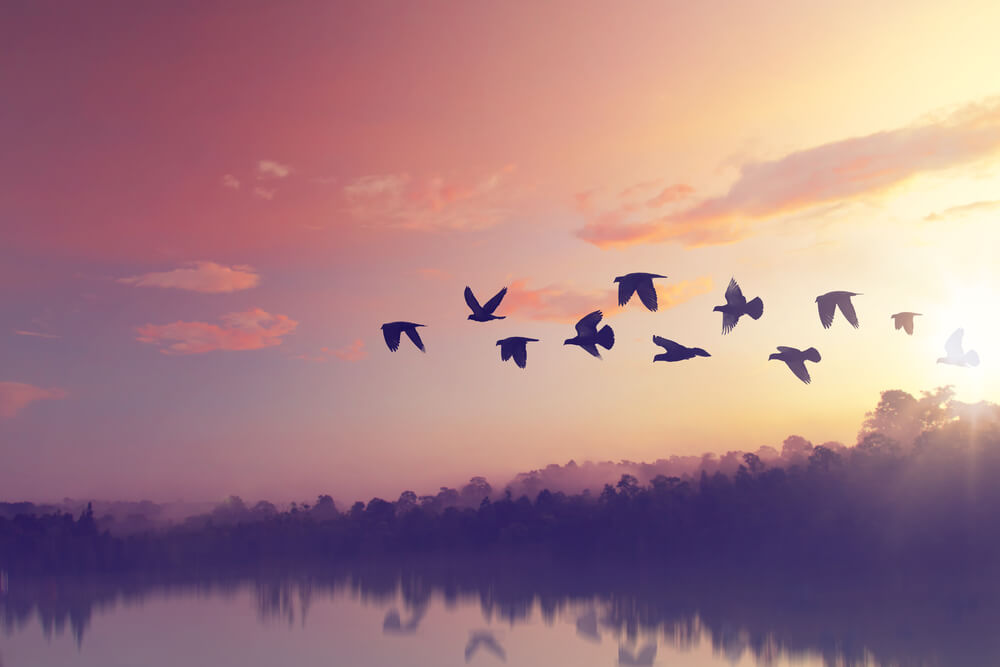 According to Dr. Martha Desmond, professor in the Department of Biology at New Mexico State University (NMSU), swallows and flycatchers are among those bird species that drop dead in states including New Mexico, Arizona, Colorado and Nebraska.

“I collected over a dozen birds from just two miles in front of my house,” Desmond said. “Collecting these corpses and realizing how widespread it is is a devastating ordeal. Seeing the death of so many individuals and species is a national tragedy. "

Scientists first began investigating the phenomenon in late August, after "large numbers of dead birds" were found at the US Army White Sands Missile Range in New Mexico.

Trish Cutler, a wildlife biologist at the military base, says at least half a dozen migratory birds are found dead in a typical week.

“We had a few hundred last week, so it really got our attention,” Cutler said.

Since then, residents of New Mexico and other states have reported seeing more concentrations of dead birds in places ranging from hiking trails, golf courses, and suburban driveways.

In one video posted to Twitter, journalist Austin Fisher captures dozens of dead birds that he found during a trip to New Mexico's Rio Arriba County on September 13.

“I thought to myself, 'Wait, I've never seen so many dead birds in one place in my life,' Fischer said.

On the subject: 'Doves are tired of being birds': how a designer from San Francisco is playing people

Desmond said scientists do not know the exact number of birds that have died; that number could easily be in the hundreds of thousands.

Witnesses saw the birds exhibit unusual behavior before death, including becoming lethargic or fearless when people approached. Other species that normally rest and eat in trees and bushes have also been found jumping on the ground in search of insects, Desmond said.

It seems that not all birds are affected. Several species of birds found in the area, including bark-billed threshers, long-tailed grackletooths and white-winged pigeons, have been shown to be healthy.

Perhaps the cause of death is climate change and forest fires

Scientists aren't sure why this mass extinction is happening.

Some speculate that the wildfires raging on the West Coast may be to blame, as plumes of smoke can alter migration routes or increase the amount of toxins inhaled by birds.

The Oregon Department of Fish and Wildlife said on Twitter that "little is known about the effects on birds of smoke from wildfires."

“Many of them have little or no fat, many are underweight, and there are no outward signs that they inhaled a lot of smoke,” said Jenna McCullough, a PhD student in bird science at NMSU.

Another theory is that puffs of smoke cause birds to fly over the Chihuahua Desert, where food and water are scarce. Some lacked muscle mass and felt like they were diving into the ground with their noses because their beaks were damaged.

On the subject: The strongest heat in the history of Alaska: glaciers are melting, forests are burning, birds are massively dying

“It's literally feathers and bones,” said Allison Salas, an NMSU graduate student who also collected the corpses and sent them to the forensic laboratory. It looked like they were flying with their last bit of strength. "

Other experts noted a cold snap in the mountains to the west and a drought in the southwest of the region, which had depleted populations of insects that feed many migratory birds.

Records dating back to the 1800s show that high bird mortality during migration is usually associated with extreme weather events - the largest associated with a 1904 blizzard in Minnesota and Iowa, which killed 1,5 million birds.

It will be a long time before scientists uncover the cause of the mass extinctions.

“It could be a combination of things. It may be something that we are still completely unknown, ”Salas said.

Scientists continue to study the phenomenon. They urge people to report any sightings of dead birds on the citizen science site iNaturalist.

'Doves are tired of being birds': how a designer from San Francisco is playing people

'I'm depressed and can't sleep': how a macaque selfie ruined a photographer's career