Home Incidents Consequences of the assault: Capitol guards were dismissed, the building will be protected with a 3-meter fence

On January 6, 2021, supporters of the current US President Donald Trump broke into the Capitol building... At that time, both houses of Congress were sitting there to approve the results of the presidential election, writes Meduza. 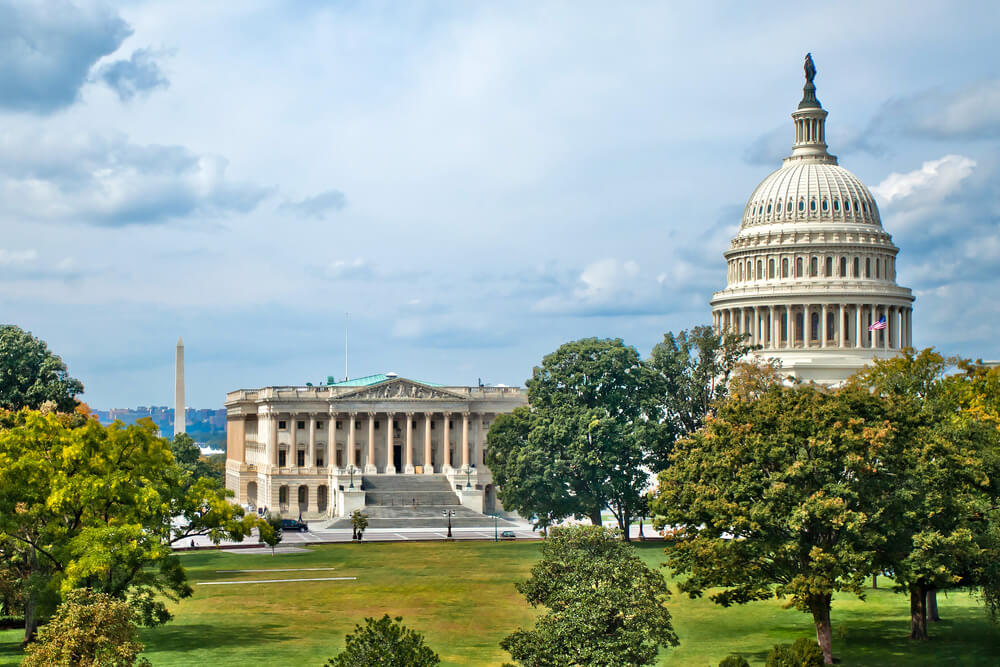 Everyone who was in the Capitol building during the assault had to be evacuated. Supporters of the incumbent president managed to briefly seize conference halls and offices.

This day went down in history as unique. After all, earlier the Capitol building was captured only during the Anglo-American War back in 1814. Then the British captured Washington, burned many government buildings, including the White House and the Capitol.

Although there have been several attempts to stage a terrorist attack or attack congressmen in the history of the United States, there are only a few cases that can equate to this year's assault.

The most famous of these took place in March 1954. Then five members of the Nationalist Party of Puerto Rico, which advocated independence from the United States, burst into the conference room of the House of Representatives and, opening fire, wounded five congressmen.

In March 1971, members of the radical leftist organization Weather Underground managed to plant and detonate a bomb on the first floor of the Capitol. They did this as a protest against the bombing of Laos by US aircraft. And in July 1998, a man with a revolver burst into the Capitol building and shot two police officers.

But after September 11, 2001, when the Capitol could also be targeted by terrorists, security measures in all government buildings were increased. The assault on January 6 was successful only due to the fact that in connection with the pandemic, a limited number of employees and police were in the building.

Three-meter fence near the Capitol

The US Army National Guard will build a 3-meter fence around the Capitol that will last at least 30 days. This was stated by the head of the US Army Ryan McCarthy, writes Voice of America.

During a joint press conference with the mayor of Washington, Pentagon official Muriel Bowser said the events the day before were "the most horrible and shameful day" in US history. According to him, the Pentagon provided the necessary resources in response to a request from the mayor of the US capital.

According to the publication, McCarthy said that officials had no idea about the existing possibility of a breakthrough to the Capitol.

According to him, there are now 850 National Guard soldiers in the Capitol, and by the weekend their number will reach 6500.

Video of the process of setting the barriers was posted by online journalist Jim Shutt. He compared this action to "closing the stable after the horses have run away."

In the category of closing the barn door after horse has bolted, new fence going up around Capitol now. pic.twitter.com/mKO9IFMY21

Three senior security officials in charge of guarding the US Capitol resigned a day after a crowd stormed the building, writes Voice of America.

The attack killed five people. One woman was killed by gunfire, three died of medical complications, and one police officer died in hospital after being wounded during a confrontation with a crowd. Windows and doors are broken in the building.

US lawmakers, who were forced to evacuate during the assault, have filed demands for the resignation of security officials.

“I made a request and received the immediate resignation of the Senate bailiff,” said Senate Majority Leader Republican Mitch McConnell.

Congressmen will investigate security deficiencies and "step up preparations for the January 20 inauguration to be successful and safe."

On the subject: The inauguration of the President of the United States: interesting facts and traditions

Capitol Police Chief Stephen Sand announced his resignation. The speaker of the US House of Representatives Nancy Pelosi called for this yogo. Pelosi told reporters that she could not contact Sand after the attack on the Capitol.

The Capitol Police Union also called for Sand's resignation. In a statement, they highlighted shortcomings in planning, communication and provision of assistance during the events on Wednesday 6 January.

"There was not enough strength in the beginning," Senate Minority Leader Chuck Schumer said during a news conference in New York. - The question arises: why weren't there in advance? Why didn't they arrive ASAP? All this needs to be investigated. "

Among the congressmen who criticized the work of the security service was Republican Senator Lindsay Graham. “How could they allow such a failure. It's been 20 years since 11/6. On January XNUMX, they could blow up the building, they could kill all of us, they could destroy the government, " Graham was indignant.

Democratic Senator Chris Murphy also expressed outrage at the security flaws. “It took the Department of Defense almost 3 hours for their forces to arrive at the Capitol,” Murphy said.