Home Page Our people The history of the Soviet actor in the United States: from a courier to a member of the Oscar Committee

Soviet and American actor, a member of the Oscar nomination committee, Boris Leskin was born in Romania in Chisinau, Moldova, was a sapper during World War II, served as an actor in the Bolshoi Drama Theater in Leningrad, and then at the age of 57 moved to New York York 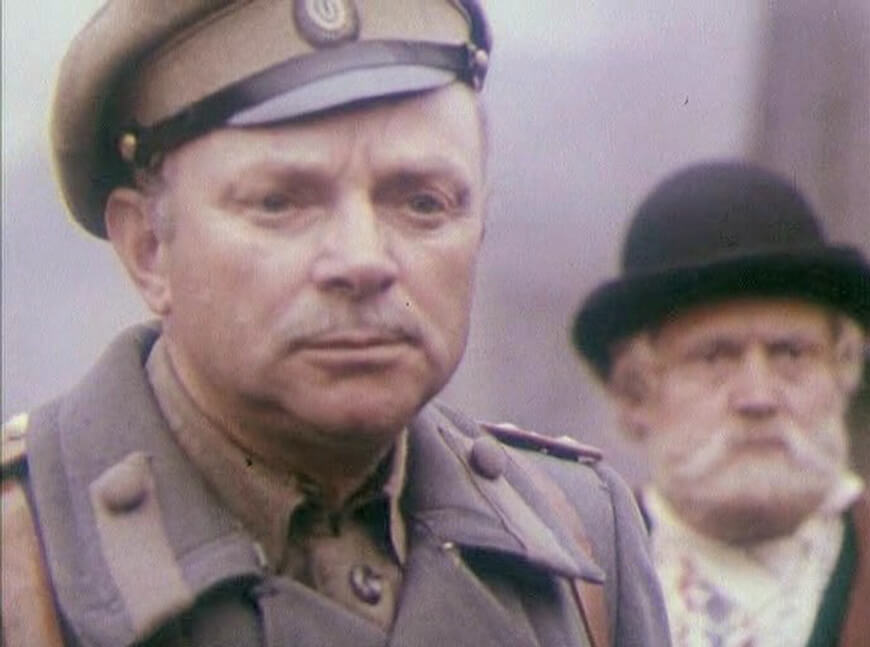 “I came to America in 80. One fine day, during a performance, I was working at the Gorky Bolshoi Theater, a performance, as I remember now, “Quiet Don” was going on, I looked at myself in the mirror in my dressing room, and suddenly I felt so sad. I thought: what am I living for? What am I doing there? Well, one more role, another performance. I peeled off my mustache and decided that I had to leave, ”the actor recalls in an interview. Radio Liberty.

Leskin said that he was ready to part with the actor's profession, which was engaged 28 years. In the US, he found work as a messenger at the White Mash Industry, and on the third attempt he gave up his driver’s license to become a taxi driver.

But he didn't have to become a taxi driver. The actor was offered a job as a teacher in the famous drama theater “Circle in the Square” on Broadway. Leskina was recommended there by his friend ballerina Natalya Makarova, who was familiar with the artistic director of the theater Ted Man.

Men took Leskin to work, despite the poor knowledge of English, where the actor worked all year.

Then Leskin was invited to stage the play at the American Academy of Dramatic Art.

“I started putting on a play there. The play was “Crazy,” which was once played by Barbra Streisand. I staged this play, the school director came to the dress rehearsal, looked, he didn't like it, and they kicked me out, ”says the actor.

He was already ready to get a job as a taxi driver when he met Sonya Moore, an immigrant who founded the theatrical school “Center of Stanislavsky”. There Leskin was paid a little, but soon he was offered a role in the film “Snowman and Hawk,” directed by John Schlesinger.

In the film about two American spies, the actor played the Russian ambassador to Mexico. The role noted in the press. About the Soviet actor wrote in the magazine "Vanity Fair", "Village Voice", "New York Times".

In the United States, Leskin married Irish Kelly, with whom he still lives. He says that his wife cooks poorly, but he is similar to Russian women in her breadth of soul, dedication, and kindness.

Most of all during the acting work in the United States Leskin surprised approach to work.

“In Russia, you, an actor, play for the camera. Here the opposite is true. Play and they'll shoot you, ”he says.

According to Leskin, as soon as an actor is claimed for the role, he is immediately sent for a medical examination. Then prepare the costumes. And the costumes are prepared not only for the actor, but also for the chosen understudy. On the doubler they sharpen the light, the scenery, he holds the first rehearsals, and only then the actors enter the frame.

In America, they shoot several cameras, and a television camera works with the camera, which allows for less duplicates than in Russia. If in Russia from 5 to 10 duplicates, then in the USA 2-4. Actors do not exhaust the extra work, and protect them.

Leskin says that America has changed him, his interests have changed, his outlook on life, and criticism has gone.

“Some kind of tolerance has appeared. Much has been revealed from what was hidden by some kind of secret, some kind of understatement. And now all the secret has become clear. This is of great importance. In general, freedom has its own, some positive qualities, as it turned out, "- said the Soviet actor.

He is grateful to fate for the fact that despite his age, he is still efficient and hopes to play a single role. In the meantime, passes the test and waiting for invitations, Leskin is committed to restoring old furniture, is engaged in a garden and cares for the garden at his summer residence.

In film and in war: famous actors who fought for their homeland

Svetlana Alliluyeva: the difficult fate of Stalin's daughter in the USA

From “Big Change” to “Spiderman”: how Ilya Baskin became his in Hollywood