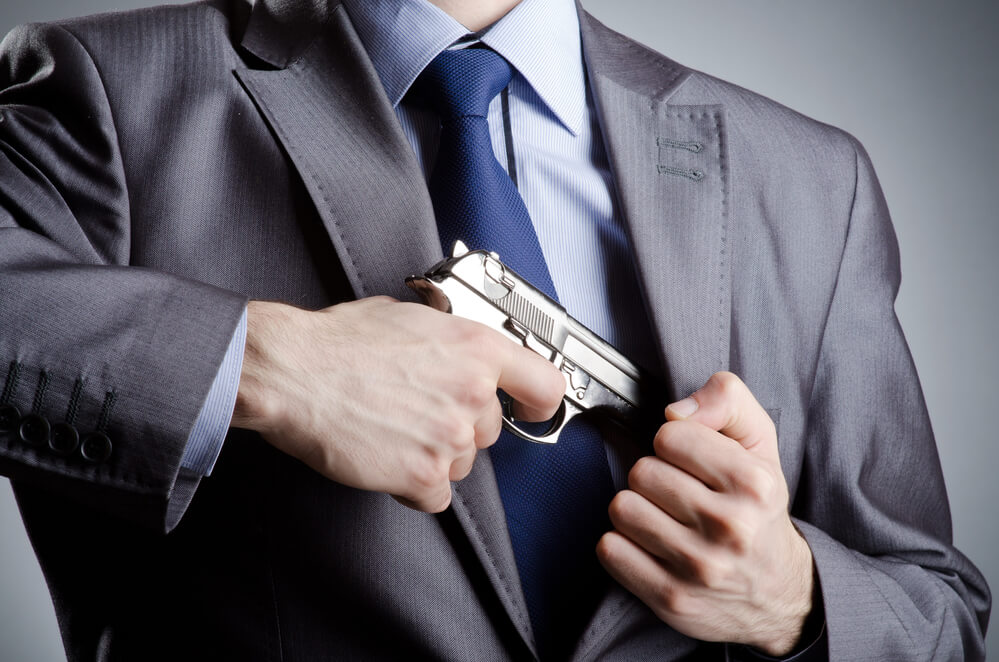 Each year, about 2,5 million Americans use weapons for self-defense, and in 8% of cases this results in the death or injury of a criminal. Citizens kill two times more criminals than the police (while the percentage of injuries or deaths of random people is five times lower than that of the police).

But scientists from Stanford University argue that if everyone carries a weapon, it will not be safer at all. About their research tells The trace.

Since the end of 1970, the National Rifle Association and other defenders of the right to carry firearms have successfully fought for armed self-defense to become acceptable in the daily lives of Americans. According to a survey by a research center Pew in May, 2017, the Americans began to feel more comfortable seeing a man with a weapon. Self-defense at the moment is the most common reason why Americans own a firearm. This shows a significant shift in public sentiment. In the middle of the 1990s, the Americans mainly owned weapons for hunting, and in 2005, a large group of US residents advocated that only the police be allowed to carry weapons in public.

Americans believe that carrying weapons will help them protect themselves in the event of a criminal attack on them.

Economist John Lott pioneered More Guns, Less Crime in his 1998 book, which has since been popular with gun proponents who argue that firearms for most people increase public safety.

This is a powerful and seductive idea for freedom-loving Americans, which in this case is completely incorrect, according to a new analysis of crime data in the United States over the past almost 40 years.

Scientists from Stanford University have concluded that states that have simplified the process of acquiring and registering weapons for their residents have a higher level of non-fatal violent crimes than those states that have restricted the right to bear weapons. The exception was the homicide rate indicator, where scientists determined that the policy on carrying weapons does not affect the number of homicides in the region, at least this effect is not statistically significant.

Researchers analyzed crime data from 1977 to 2014, both at the national level and in 33 states that applied different laws regarding the carrying of weapons - hidden or open during this period.

The Stanford team suggests that increasing the number of weapons can increase crime in several ways. As law-abiding residents of the region are increasingly arming themselves, criminals are following their example. According to researchers, legal weapon holders can contribute to an arms race among criminals, giving them more opportunity to steal weapons and sell them on the black market. In addition, people living in regions that allow carrying weapons realize that their neighborhood is filled with pistols, which changes their perception of society because of fear or anger, which leads to their becoming more violent.

Over the past two decades, the level of violent crime in the United States has fallen sharply after reaching a peak in the early 1990s. But the crime rate fell unequally in different parts of the country. The decline in violent crime was most pronounced in states that strictly controlled the right to carry weapons, but those states that simplified this procedure are not observing such a significant decrease in crime.

In states with more stringent laws on carrying weapons, crime has decreased by 42% from 1977 to 2014 a year, in states with a simplified procedure for possession of weapons, this figure was only 9%.

When analyzing, the researchers from Stanford wanted to make sure that the reasons for the rising crime rate were precisely the rules of carrying weapons, and not some other factor, for example, different economic conditions or police staffing in the states.

To test this, a team of scientists designed what would have happened in some states if they had not eased the standards for carrying weapons, given the differences in demographics, policing and economic growth.

This is an analytics that is based on new data analysis technologies that were previously unavailable to scientists, so they could not conduct such research. For the forecast, several different data analysis panels were used to obtain a reliable result.

Projections made by all four panels showed that states with a simplified procedure for obtaining a permit to carry weapons would have an even greater reduction in the level of violent crimes if they had not relaxed their weapons laws.

For example, Texas was taken. According to the study, after 10 years after the state softened weapons laws, the level of violent crime was 16% higher than it was before the law was passed. The dashed line on the graph below shows what, according to the automatic data analysis forecast, could have happened to the level of violent crime in Texas if the state had not relaxed the gun law.

Weapon possession has a particular effect on the number of murders - on the one hand, law-abiding citizens with a pistol can protect their lives from criminals who attack them. But on the other hand, the possession of a weapon increases the number of murders as such. Although this increase was recognized by scientists as statistically insignificant. Therefore, gun ownership leads to an increase in violent crime, but not homicide.