Home At home Iran handed over 'black boxes' of downed UIA plane to France: Ukrainians were invited to decrypt

Iran handed over 'black boxes' of downed UIA plane to France: Ukrainians were invited to decrypt

France invited Ukraine to join the decryption of information from the "black boxes" of the UIA flight PS752, which shot down over Tehran January 8, 2020, writes Air force. 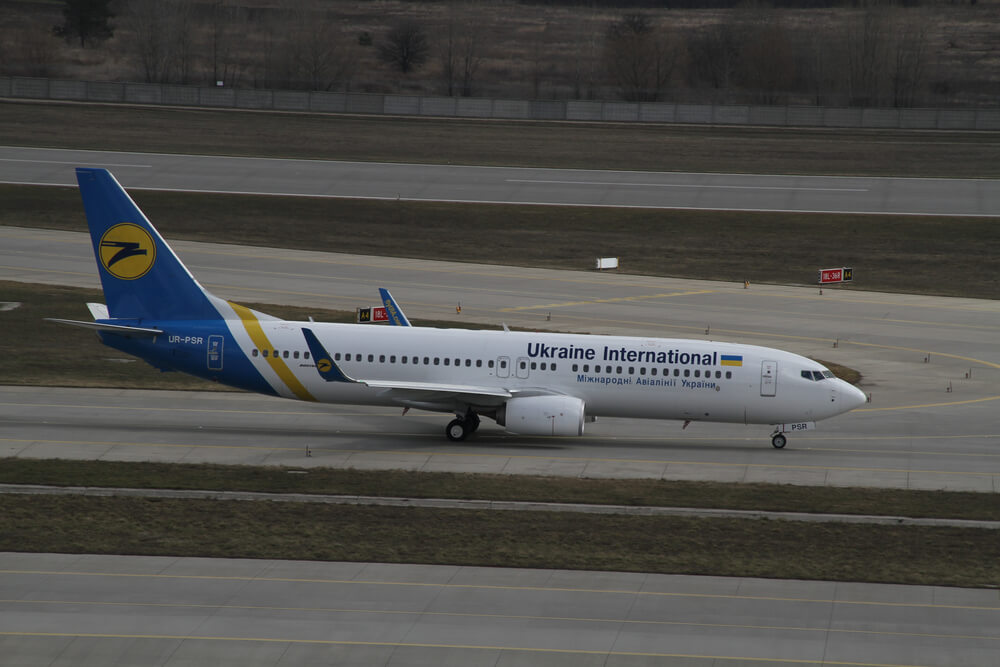 Board UR-PSR in 2018. Two years later, he will be shot down in Iran. Photo: Shutterstock

This was announced by Deputy Minister of Foreign Affairs of Ukraine Yevhen Yenin.

Iran decided to hand over the boxes to France; it is expected that they will arrive in Lyon on July 20.

“Ukraine has received an invitation from France to send our experts to take part in decoding the PS752 black boxes, which (according to Iran’s preliminary promises) should arrive in Lyon on July 20,” Yenin said.

He added that the task of Ukraine is to ensure the maximum level of international recognition of the facts of illegal interference in the case of flight PS752.

“This will bring all of us closer to the establishment of justice and worthy compensation for the families of the victims,” wrote Yenin. 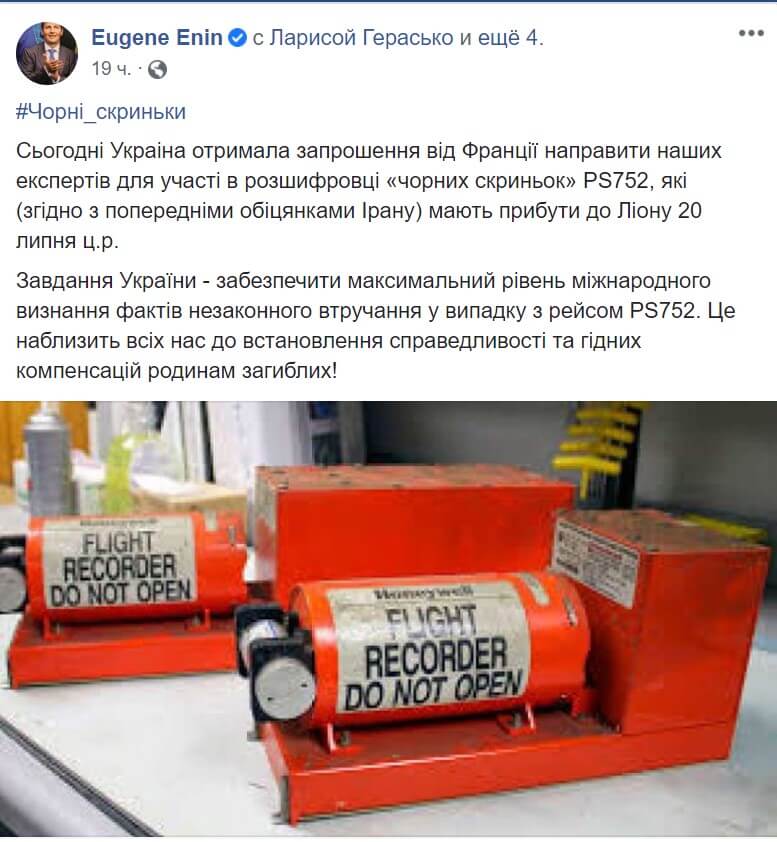 In the plane crash of the UIA Boeing 737-800 near Tehran on January 8, 176 passengers and crew members were killed, including 11 Ukrainians.

Ukraine insists on a comprehensive and complete investigation of all the circumstances of the crash.

On the subject: 'Arguing where to put gifts': Ukrainian spoke about the passengers of the fateful flight from Tehran

Iran first denied liability for the crashin which 176 people died. But later admitted that the plane was shot down by the local military.

The NSDC previously insisted that Ukraine has all the technical and scientific capabilities for researching "black boxes" in cooperation with the Iranian side.

In February, Iran announced that it was stopping cooperation with Ukraine in the investigation. Then there was information about the problems with Iran paying appropriate compensation for the downed plane.