Home Page In the U.S. Informant: The White House wanted to hide the content of the conversation Trump with Zelensky

Informant: The White House wanted to hide the content of the conversation Trump with Zelensky

The US Congress released the text of a complaint by an anonymous intelligence officer about a conversation between US President Donald Trump and Ukrainian President Vladimir Zelensky, because of which the Democrats initiated the impeachment of the American president. Writes about it Forbes. 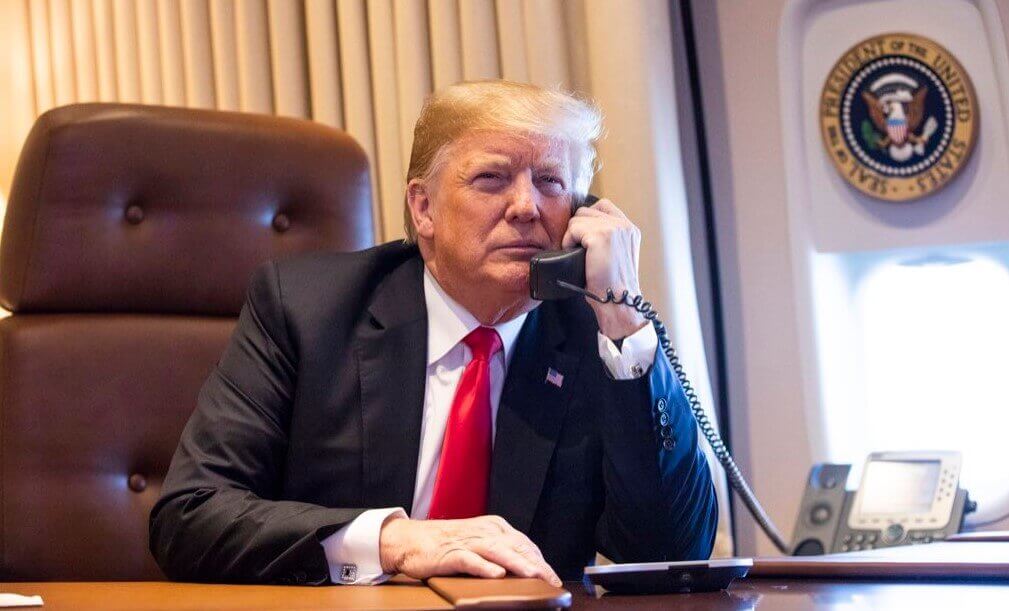 It follows from the complaint that the White House was trying to block access to all information about this conversation.

“In the days following the [presidents'] conversation, I learned that some White House officials intervened to“ block ”access to all information about the phone call, especially the official verbatim transcript,” the complaint said. “These actions underlined for me the fact that they understand the importance of what happened during the conversation.”

The officials themselves told the informant that the lawyers had “sent” them to remove the transcript from the computer system, in which such documents are usually stored for “coordination, finalization and distribution between the employees of the president’s cabinet,” an anonymous complaint said. The author claims that, as a result, the transcript was loaded into “a separate system, which the rest of the time is used to store classified information of an extremely sensitive nature”.

On the subject: The impeachment of trump: how the process works and whether democrats will remove it from power

One of the officials in a conversation with an informant called the incident an “abuse” of the system, since the content of the conversation was not important from the point of view of national security.

Where did the complaint come from?

An intelligence officer filed a complaint with Michael Atkinson, Inspector General of Intelligence Services, as part of a whistleblower protection law that protects civil servants who report violations. On 13 September, Adam Schiff, chairman of the House Intelligence Committee, published two letters from Atkinson.

In the first of these, the inspector notified that he considered the complaint “urgent concern” and deserving of further investigation. In the second letter, Atkinson complained that Trump had been appointed acting Director of National Intelligence Joseph Maguire blocked the transfer of complaints to Congress.

The complaint concerns Trump’s conversation with Zelensky, during which the American leader asked the Ukrainian to “study” the situation with former US Vice President Joe Biden (Trump's possible rival in the upcoming elections) and his son Hunter, who was on the board of directors of the Ukrainian Burisma Group.

MPs from the Democratic Party intend to check whether Trump asked Zelensky for help and offered something in return. They launched impeachment proceduresupported by 200 MPs.

On the subject: "Who cares Ukrainians": surrounded by trump talked about his desire to be friends with Russia

Trump himself stated that his conversation with Zelensky was "beautiful and routine." He called the beginning of the investigation “witch hunt” and “president’s harassment."

Zelensky said that Trump did not exert pressure on him during the conversation. “I am the president of independent Ukraine. Only one person can pressure me - my six-year-old son, ”Zelensky said.

Read the full text of the complaint. link.