Home Page Educational program Immunity to COVID-19 can last for years, but not everyone: what you need to know

Immunity to COVID-19 can last for years, but not everyone: what you need to know

According to two new studies, immunity to COVID-19 lasts for at least a year, perhaps even for life. It may improve over time, especially after vaccination. The findings could help allay fears that protection against the virus will be short-lived. The edition told in more detail The New York Times. 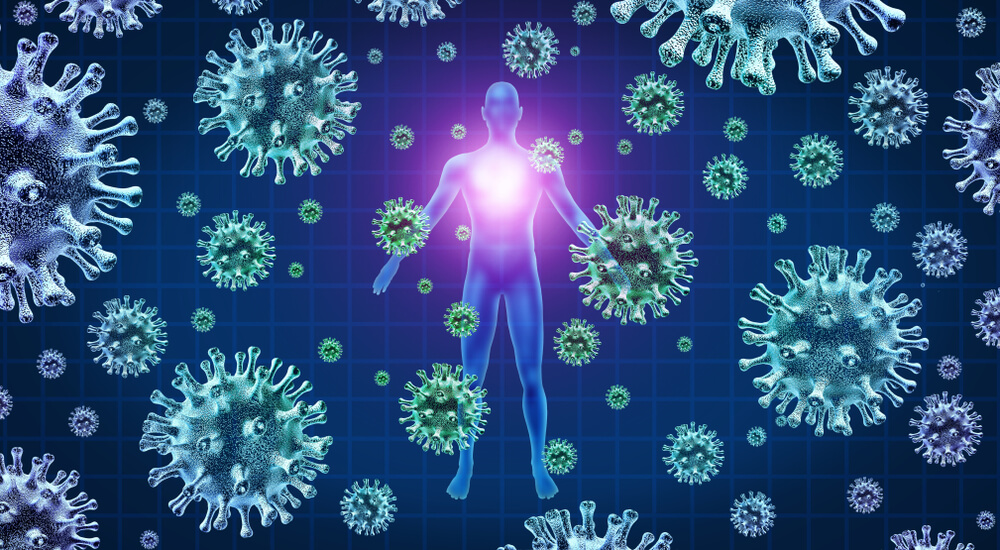 The study concerned people who contracted the coronavirus about a year ago. According to one study, cells that retain the memory of the virus are stored in the bone marrow and can produce antibodies when needed.

Another study found that these so-called memory B cells continue to mature and harden for at least 12 months after the initial infection.

“These documents are consistent with a growing body of literature suggesting that the immunity caused by infection and vaccination against SARS-CoV-2 appears to be long-lived,” said Scott Hensley, an immunologist at the University of Pennsylvania who was not involved in the study.

On the subject: COVID-19 Vaccine Makers Become Billionaires: Their Money Would Be Enough To Inoculate All Poor Countries

Research could allay fears that immunity to the virus is transient, as is the case with the common cold-causing coronaviruses. But these viruses change significantly every few years, Dr. Hensley said. “The reason we continually contract common coronaviruses throughout our lives may have more to do with variations in these viruses rather than immunity,” he said.

According to Michel Nussenzweig, an immunologist at Rockefeller University, memory B cells produced in response to infection with SARS-CoV-2 and enhanced by vaccination are so effective that they even interfere with different variants of the virus, which eliminates the need for constant vaccinations.

“People who have been infected and vaccinated do have an amazing response, an amazing array of antibodies, and they continue to make antibodies,” Nussenzweig said.

The result may not apply to the protection gained by vaccines alone, because immune memory is likely to be organized differently after immunization compared to memory following natural infection.

This means that people who have not had COVID-19 and have been immunized may eventually need revaccinations, Dr. Nussenzweig said. “This is something we'll find out very, very soon,” he said.

On first contact with the virus, B cells multiply rapidly and produce antibodies in large quantities. Once the acute infection resolves, a small number of cells are deposited in the bone marrow and consistently create moderate levels of antibodies.

To study the memory B cells characteristic of the new coronavirus, researchers led by Ali Hellebedi of the University of Washington in St. Louis analyzed the blood of 77 people at three-month intervals starting about a month after they were infected with the coronavirus. Only six out of 77 were hospitalized due to COVID-19; the rest had mild symptoms.

Antibody levels in these people dropped rapidly four months after infection and continued to decline slowly for several months after that - the results are in line with other studies.

Some scientists have interpreted this decline as a sign of weakening immunity, but according to other experts, this is exactly what was expected. If the blood contained a large amount of antibodies to all pathogens that the body has ever encountered, it would quickly turn into a thick sediment.

Instead, the level of antibodies in the blood drops sharply after an acute infection, while memory B cells remain in the bone marrow at rest, ready to act when needed.

Dr. Hellebedy's team took bone marrow samples from 19 people about seven months after they were infected. Fifteen had detectable memory B cells and four did not, suggesting that some people may not have any cells at all.

“This tells me that even if you become infected, it does not mean that you have an immune response,” said Dr. Hellebedy. According to him, the data obtained supports the idea that people who have recovered from COVID-19 should be vaccinated.

Five of Dr. Hellebedy's study participants donated bone marrow samples seven or eight months after the initial infection and again four months later. The experts found that the number of memory B cells remained stable during this time.

Jennifer Gommerman, an immunologist at the University of Toronto, who was not involved in the work, said the results are especially remarkable because it is difficult to obtain bone marrow samples.

On the subject: Scientists have found an easy way to prevent severe COVID-19

Dr. Gommerman, in turn, noted that an important 2007 study showed that antibodies could theoretically survive for decades, perhaps even much longer than average lifespan, hinting at the long-term presence of memory B cells. But new research has provided rare evidence of their existence, he said.

Dr. Nussenzweig's team studied how memory B cells mature over time. Researchers analyzed the blood of 63 people who recovered from COVID-19 about a year earlier. The vast majority of participants had mild symptoms, 26 received at least one dose of Moderna or Pfizer-BioNTech vaccine.

The team found that the so-called neutralizing antibodies needed to prevent re-infection with the virus remained unchanged for six to 12 months, while related but less important antibodies gradually disappeared.

As memory B cells continued to develop, the antibodies they produced developed the ability to neutralize an even broader group of viral variants. This ongoing maturation may be the result of a small piece of virus that is blocked by the immune system - for targeted practice, so to speak.

One year after infection, the neutralizing activity of participants who were not vaccinated was lower with respect to all forms of the virus, with the greatest losses observed for the variant first identified in South Africa.

Vaccinations significantly increased antibody levels, confirming the results of other studies; vaccinations also increased the neutralizing ability of the body by about 50 times.

Senator Rand Paul, a Republican from Kentucky, said he would not be vaccinated against the coronavirus because he was infected last March and therefore has immunity.

On the subject: During the COVID-19 pandemic, the flu disappeared in the world: its return could be a disaster

But there is no guarantee that such immunity will be powerful enough to protect it for many years, especially given the emergence of varieties of coronavirus that can partially bypass the body's defenses.

The results of Dr. Nussenzweig's study show that people who recover from COVID-19 and are subsequently vaccinated will retain an extremely high level of protection against emerging variants, even without booster immunizations.

“This is similar to what a good B-cell memory response would hopefully look like,” said Marion Pepper, an immunologist at the University of Washington in Seattle.

All experts agreed that immunity is likely to work very differently in people who have never had COVID-19. Fighting a live virus is different from responding to a single viral protein given by a vaccine.

Shark liver and soap tree: why strange substances are added to vaccines

Efficiency 100%: in the United States created a vaccine that protects against all coronaviruses and their strains

COVID-19 Vaccine Makers Become Billionaires: Their Money Would Be Enough To Inoculate All Poor Countries