The first hours of his stay in the White House, Joe Biden intends to devote to the cancellation of the decisions of the Donald Trump administration, which, in the opinion of the incoming US President, caused the country "heavy damage", writes Air force. 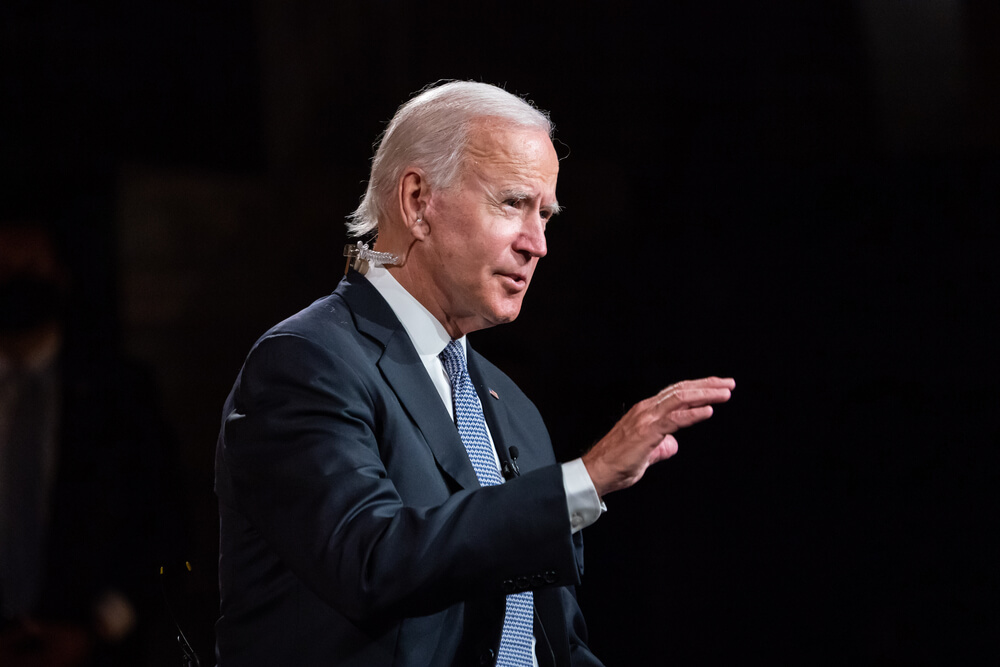 A few days before the inauguration of the 46th President of the United States, representatives of Biden's team said that they considered the policy of the previous administration "destructive for the country," and the new head of the White House himself intends to devote the first days of his presidency to canceling the decisions made by his predecessor.

In a memorandum of “First 10 Days Review” sent to “new senior White House officials” on January 16, Biden’s chief of staff, Ron Klein, said Trump’s actions had caused the United States to face “four crises at once: this is the epidemic crisis. the coronavirus, the pandemic-induced economic crisis, the climate crisis and the crisis of racial inequality. ”

"In his first ten days as president ... Biden will take decisive action to resolve these four crises, prevent other ... threats, and restore America's position in the world," Klein said.

According to the interlocutors of the BBC Russian Service, close to the new administration, first of all, Biden intends to cancel five decisions of his predecessor. Here they are.

In June 2017, President Trump announced that the United States was going to withdraw from the Paris Climate Agreement. The treaty, which was supported by 195 states of the world, obliges countries to limit the level of harmful emissions into the atmosphere.

Despite criticism, in November 2019, the Trump administration filed for withdrawal from the treaty. A year later, this decision came into legal force.

Developing a new strategy to combat climate change was one of the main themes of Biden's election campaign. It is expected that on January 20, he will announce that the United States will once again become a member of the Paris Agreement.

For the first time in history, the new US administration will have the post of "climate king" - former Secretary of State John Kerry will take the place of the curator of this global problem.

On the subject: What will change in US immigration policy in 2021

One of the first decisions of the Trump administration in January 2017 was the signing of an executive order banning travel to the United States for representatives of seven predominantly Muslim countries.

The presidential order then sparked a wave of protests in the United States. It was repeatedly tried to challenge it in courts, until in 2018 the document signed by Trump, with minor changes, was not approved by the US Supreme Court.

During his election campaign, Biden repeatedly referred to the harassment of racial and religious minorities. In his memorandum, the new head of the White House administration, Klein, confirmed that immediately after the inauguration, the president is going to lift Trump's ban.

According to statements by representatives of the new administration, on the first day after joining the White House, Biden intends to submit to the US Congress a bill suggesting that approximately 11 million illegal immigrants living in the country within eight years can not only obtain legal status, but also apply for citizenship.

According to this bill, illegal immigrants will have to undergo a police check, prove that they have no criminal record or violations of the law, and also provide documents on payment of taxes. Five years after that, they will be able to apply for a residence permit in the United States (green card), and after another three years and for citizenship.

For some categories of migrants, including children who were brought into the United States by their parents, as well as agricultural workers, these periods can be reduced.

Biden also announced that he will take immediate action to end family separation on the southern border of the United States.

By order of the Trump administration, adults and children detained for illegally crossing the border with Mexico were held in separate immigration centers pending trial. As a result, several hundred children were separated from their parents.

According to the new head of the White House administration, in the first days of his tenure in power, Biden intends to announce new rules aimed at combating the pandemic. The so-called “100 Day Masking Challenge” will also start.

“The wearing of masks will become mandatory on the territory of all federal facilities, as well as for crossing the borders between states,” said Klein.

On Tuesday, January 19, less than a day before the start of Biden's inauguration ceremony, Johns Hopkins University confirmed that more than 400 thousand people have died from coronavirus infection in the United States.

The new president is also going to appeal to the Department of Education with a request to extend the moratorium on the payment of loans taken by students to pay for tuition.

In the spring of last year, among the measures taken in connection with the coronavirus epidemic, the US Congress temporarily allowed not to pay these loans. This moratorium expired at the end of December 2020 and, according to the new administration, should be extended indefinitely.

Biden is also going to insist on an extension of the moratorium on the eviction of tenants who, due to the pandemic, cannot pay for their housing. The temporary ban on such evictions also expired at the end of December, at least 14 million Americans were at risk of losing their homes.

Biden himself believes that the ban on eviction of non-payers should be extended until at least September 2021.