A record glut of working green cards available this year is forcing senior immigration agency officials to issue all available visas before the end of the fiscal year, reports Bloomberg. 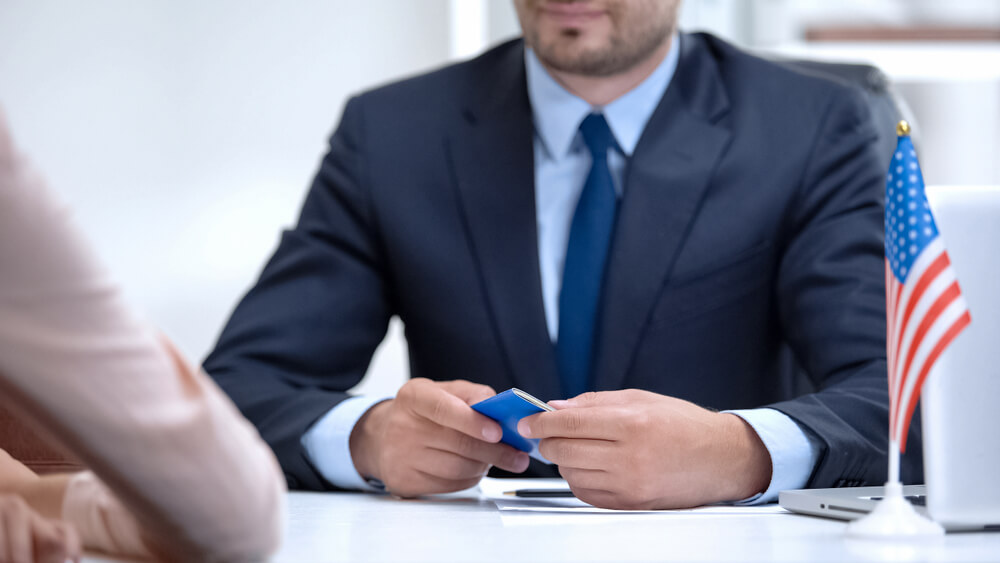 Last year, more than 66 Employment Based Green Cards were wasted as USCIS officials dealt with a huge backlog caused by the pandemic and an unprecedented number of work visa petitions.

On the subject: From Tina Turner to Boris Johnson: Top 7 Famous People Who Refused American Citizenship

The agency is facing an even bigger workload this year than last — 280 green cards, up from 000 in fiscal 262 — but it said it was well placed to issue all available visas before the fiscal year ended on September 000.

The green card surplus also promises a faster solution to the problems of thousands of Indian and Chinese immigrants stuck in long years of waiting due to visa restrictions for each country.

“We are definitely seeing an increase in approvals,” said Emily Neumann, managing partner at Reddy & Neumann PC in Houston. "I hope it's not too little and not too late."

The high number of working green cards available over the past two years is a result of the closure and limited capacity of U.S. embassies and consular offices amid the Covid-19 pandemic. Many family visas that the State Department did not process overseas were "transferred" to the work category the following year, which typically has a limit of 140 visas per year.

“The problem in the last fiscal year was huge barriers before we could even start working on green card applications,” a USCIS spokesman said.

These barriers included a huge front of unopened applications and a long line of biometric appointments to collect fingerprints and photographs of applicants. According to a 2021 report from the Department of Homeland Security's Office of the Inspector General, the agency has also struggled to operate effectively within a predominantly paper-based system.

Previous visa processing denials prior to the fiscal year deadline have led a group of Chinese and Indian green card applicants to sue USCIS in federal district court in Washington state this week. The complaint claimed it was a "self-crisis" because the agency only considered the visas issued after a lengthy legal process.

A similar lawsuit filed by green card applicants last year in an attempt to get their cases heard was dismissed after a federal judge in Maryland dismissed the claims based on the eve of the fiscal year deadline.

“They are definitely in a better position than they were in the previous fiscal year,” Sharwari Dalal-Deini, director of government relations for the American Immigration Lawyers Association, said of USCIS.

But the public has yet to see USCIS data showing a significant improvement over the previous year's pace and dispelling fears that green cards will be wasted again, she said.

As of mid-June, USCIS was using significantly more visas than in the same period last year, and was issuing twice as many visas weekly, an agency spokesman said. The agency declined to provide specific numbers for green cards issued to date.

USCIS has already transferred some of its workforce from other immigration services to green card processing. The Agency has also redistributed applications across field offices to more evenly distribute the workload.

In addition, the agency used a "risk-based approach" to waive interview requirements and encouraged applicants to prepare to submit medical forms once their applications are accepted. In addition, others are encouraged to move their applications from one work visa category to another with lower demand where possible, a process known as interfiling.

While USCIS does not face the same initial barriers this year as it did in FY 2021, the influx of Afghans and Ukrainians in need of humanitarian assistance and nearly 20% of job vacancies continue to create problems.

The agency is conducting a "massive recruitment campaign" to fill 95% of vacancies by the end of the calendar year as part of efforts to improve efficiency and reduce backlogs, USCIS Director Ur Juddou said at a recent conference. But new hires can spend weeks training before they can start processing applications.

"They've already said they don't have a lot of opportunities due to a lack of manpower," said Greg Siskind, an immigration attorney for Siskind Susser PC. Just because you're hiring a bunch of people doesn't mean you'll immediately hire them all to handle petitions."

Supriya Shivkumar, a software development manager in Seattle who applied for a green card in 2015, said she would consider moving to another country with friendlier immigration laws if she knew how difficult it would be to get a US visa. .

The waiting time means that Shivkumar, who has a special H-1B work visa, cannot easily change jobs or move to a new market. And a trip to India to see her elderly parents is limited by the uncertainty of getting a visa to return to the US.

“The hardest part is the lack of any predictability,” she said of the green card process. “If my immigration status did not dictate my presence in this country, it would give more freedom,” she said.

Even if the agency were to issue all 280 available visas, that would still only slightly reduce the backlog of green card applications due to each country's yearly restrictions. At the end of fiscal year 000, approximately 2021 approved petitions were on the waiting list due to these restrictions, according to the Cato Institute.

With fears of a looming recession, granting permanent residency to more workers promises to increase their earnings and productivity, said Bruce Morrison, former chairman of the House Immigration Justice Subcommittee and lobbyist for the American Health Association.

“When you move people from temporary visas to green cards, you can be sure that the American economy and working Americans will benefit,” he said.

The Russians were asked where the money spent on the war in Ukraine could be spent: the answers will amaze you

In the USA - abnormal heat: how it affects the body and how you can help the body in such weather