Home In the U.S. Elon Musk will launch the Starship Mars rocket into orbit around the Earth for the first time

On May 13, SpaceX filed an application with the US Federal Communications Commission (FCC), requesting permission from the US regulator for the first Starship orbital flight, which Elon Musk's company expects to carry out in June. The document allows you to find out exactly how the tests will be held, writes ITC. 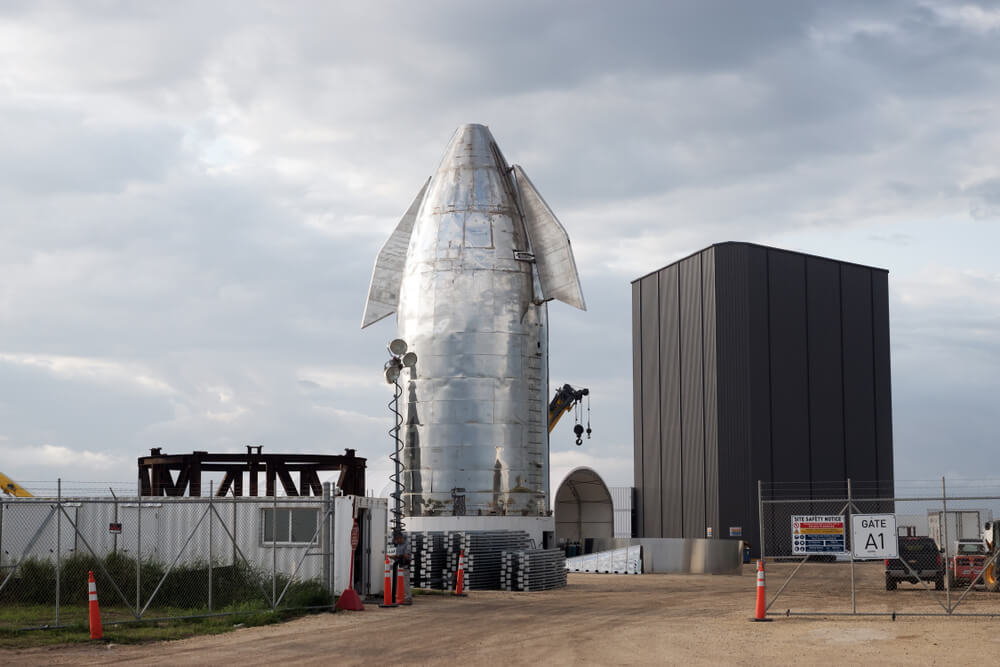 After the Crew Dragon was certified for regular flights with astronauts, SpaceX's top priority, along with the Starlink satellite internet project, was the development of Starship and Super Heavy. It is an advanced super-heavy rocket and spacecraft being developed by SpaceX to replace the current Falcon and Dragon family of rockets. The second stage simultaneously acts as a manned or cargo spacecraft.

The rocket is designed as fully reusable, both of its stages will be able to make a soft landing after a flight into space. The rocket will be capable of delivering cargo weighing up to 150 tons to low-earth orbit or passengers in a fully reusable configuration with the return of both stages (Super Heavy and Starship) to Earth, as well as the possibility of docking and refueling in orbit.

SpaceX plans to begin launching manned missions on the rocket in the coming years to create habitable bases on Mars and the Moon. In addition, Starship will have a lunar version that will provide the first manned landing on the moon in the XNUMXst century.

Last year, SpaceX began flight tests of full-size 50-meter Starship prototypes. On the night of May 6, Starship SN15 (the 15th serial test vehicle and the fifth prototype) made its first fully successful high-altitude flight, taking off 10 kilometers and landing thereafter.

On the subject: A rocket to fly to Mars successfully took off for the first time, landed and did not explode

The previous four prototypes passed high-altitude tests with varying success, the most successful was the third attempt SN10, which ended with a successful landing - and an explosion after it.

The total flight duration should be about an hour and a half. The 120-meter system of the 70-meter Super Heavy first stage and the Starship will be launched from the SpaceX Starbase launch pad in Texas. At 171 seconds of flight, the first stage will separate from the second and then land about 32 kilometers from the coast.

The second stage will enter orbit, make almost a full orbit around the planet, re-enter the atmosphere, decelerate with engines and splash down 100 kilometers from the island of Kauai, which is part of the Hawaiian archipelago.

SpaceX does not specify exactly how the landing of the steps will take place. Interestingly, the document uses the term touchdown for the first stage, and splashdown for the second stage. It is assumed that both steps will sit in the water. In favor of this version is also indicated by the fact that the first landing of the first stage of the Falcon 9 took place in a similar way before the company began to land the steps on the offshore platform and the cosmodrome.

The purpose of orbital tests is to test the reliability and controllability of a rocket when re-entering the atmosphere at high speed, which is extremely difficult to reproduce in simulation. In one of his tweets, Musk explained that this is why the stage will go out of orbit over the Pacific Ocean. Of course, this will be a controlled descent, and not as in the case of the second stage of the Chinese heavy launch vehicle Changzheng-5B.

SpaceX is now preparing Starship SN15 for a second high-altitude flight, although initially it was considered unlikely. On the SpaceX YouTube channel, a video was released with a cut of the key moments of the Starship SN15 tests in 4K format.

An improved SN16 prototype is on its way, which will continue to practice the "Belly Flop" maneuver and landing, eventually polishing everything to a shine, and testing the thermal insulation tiles. The next major update will be the SN20 prototype, designed for orbital flights and thermal protection tests at a flight speed of Mach 25. It is this prototype that is expected to be used for the first orbital flight.

The tests of the lower stage, the Super Heavy booster, have not yet been carried out. Earlier, SpaceX completed the assembly of the first 70-meter model of the Super Heavy BH1 booster to evaluate the process of creating and transporting such a gigantic structure. The next Super Heavy prototype will fly, the assembly of which began in May. Earlier, SpaceX began construction of a maintenance tower for the orbital launch complex, which is required to assemble the entire 120-meter system together.

Previously, SpaceX asked the FAA for permission to build a 140-meter steel tower. At the end of 2020, Elon Musk talked about the idea of ​​abandoning the landing supports and catching Super Heavy in the air with an arrow of the launch tower. And now SpaceX is actively exploring this option to reduce the interval between launches compared to traditional landing on an offshore platform.

Finally, not so long ago, SpaceX's test site in McGregor, Texas, spotted an improved version of the Raptor Vacuum Engine (RVac) for Starship.

The first manned Starship mission is planned for 2023 - a tourist delegation led by Japanese billionaire Yusaku Maezawa will travel around the moon.

Everything is more complicated than it seems: how colonizers from Earth will be delivered to Mars and back