Home Page Educational program Elon Musk admitted that he has Asperger's syndrome: what it is and how it manifests itself

Tesla and SpaceX founder Elon Musk guest-hosted the legendary comedy show Saturday Night Live (SNL) on the American NBC channel. During the show, he admitted that he had Asperger's syndrome, and in three words brought down the Dogecoin cryptocurrency, which he wrote about on his Twitter several times. Writes about it Air force. 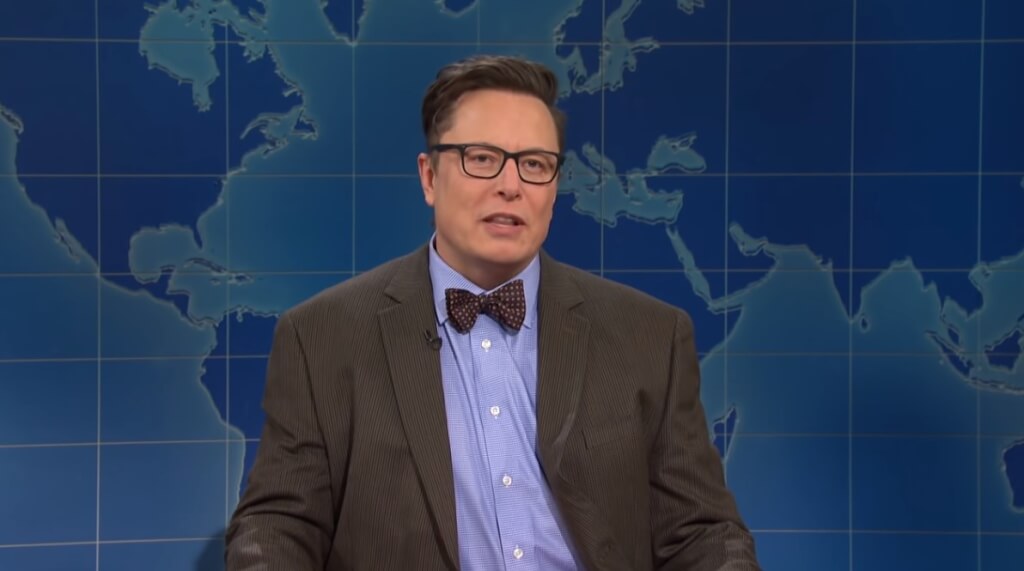 “My performance today is truly historic as I am the first person with Asperger's to become an SNL host. Or at least the first one to admit it, ”Musk said at the beginning of his speech.

He also admitted that he sometimes posts “strange things”.

“But that's just how my brain works,” Musk explained and apologized to anyone he might have offended with his remarks.

“I've reinvented electric cars, and I'm sending people to Mars in a spaceship. You thought I would be a calm and normal guy? ”He said.

Elon Musk is known for his extraordinary behavior, his statements on social networks have repeatedly led to strong fluctuations in the price of Tesla shares and cost him hundreds of millions of dollars. Musk was sued for libel, he also used drugs on the air.

In 2018, the American financial regulator took up arms against him, after he announced on Twitter that he planned to take Tesla out of the market and make it a private corporation. And when the Covid-19 pandemic led to the closure of Tesla's San Francisco plant, he began to publicly protest the quarantine restrictions. On his Twitter, he called the coronavirus panic "stupidity" and the recommendations not to leave their homes "forced imprisonment", describing them as "fascist" and violating constitutional rights.

Last summer, he announced plans to get rid of everything he has, as his property “burdens” him. A few days after that, Musk delighted Twitter with the news that his newborn son would be called “X Æ A-12 Musk”.

On the subject: 30 books worth reading: Elon Musk's recommendations

What is Asperger's Syndrome

As the site explains Aspergers.ruAsperger's syndrome (also known as Asperger's disorder) in adults is a mental condition that is associated with social developmental disorders. People with Asperger Syndrome are also called Aspies, Aspergers, or Asperger Autists. Asperger's syndrome includes several basic symptoms as well as many additional symptoms that may be present in some cases. If a person does not have underlying symptoms, then they probably do not have Asperger's Syndrome.

Social difficulties, including at least two of the following:

Repetitive and bounded behavior, including at least one of the following:

Some other symptomsthat are often associated with Asperger Syndrome include:

The above signs are considered significant symptoms of Asperger's Syndrome only if they interfere with the person's ability to function effectively in daily life.

Some experts believe that several prominent historical figures may have had Asperger Syndrome, including:

Among our contemporaries, according to the statements of some sources, the famous American director Steven Spielberg and the Canadian actor Dan Ackroyd were diagnosed with Asperger's syndrome. The fact that she has Asperger's syndrome was announced by the Swedish eco-activist Greta Thunberg.

“I am looking forward to my gift for Mother's Day (in the USA it is celebrated on May 9 - BBC note). I hope it's not Dogecoin? ”She asked her son.

Elon Musk has repeatedly mentioned Dogecoin in his tweets this year, which had a positive effect on the rate of this cryptocurrency.

For example, on April 1, Musk announced SpaceX's plans to send Dogcoin to the moon. Half an hour after his tweet, the value of the cryptocurrency on the Binance crypto exchange rose by 20% to $ 0,062, and then continued to grow.

Before the start of the SNL show featuring Musk, Dogecoin was priced at $ 0,66, and fans of this cryptocurrency hoped that Musk would say something on the air that would raise its price even higher.

During the broadcast, Musk really talked about Dogecoin - and in the beginning everything was good for this cryptocurrency, until something went wrong. The hosts asked him many times what Dogecoin was - and Musk explained that it appeared as a joke based on an Internet meme, but grew stronger over time.

“This is the future of currency. It is an unstoppable financial instrument that will take over the world, ”said the businessman.

Then one of the program participants asked him: “So, is this a wiring?”.

The market reaction was not long in coming. After the show, the Dogecoin price fell to $ 0,5 - and then continued to fall. As of 15:56 Moscow time, the rate of this cryptocurrency was $ 0,45.