Elon Musk's company SpaceX has sent four "amateur astronauts" into orbit. They went into space in the Dragon capsule. This gave a new round of space tourism. The details of the event were shared by the publication with the BBC. 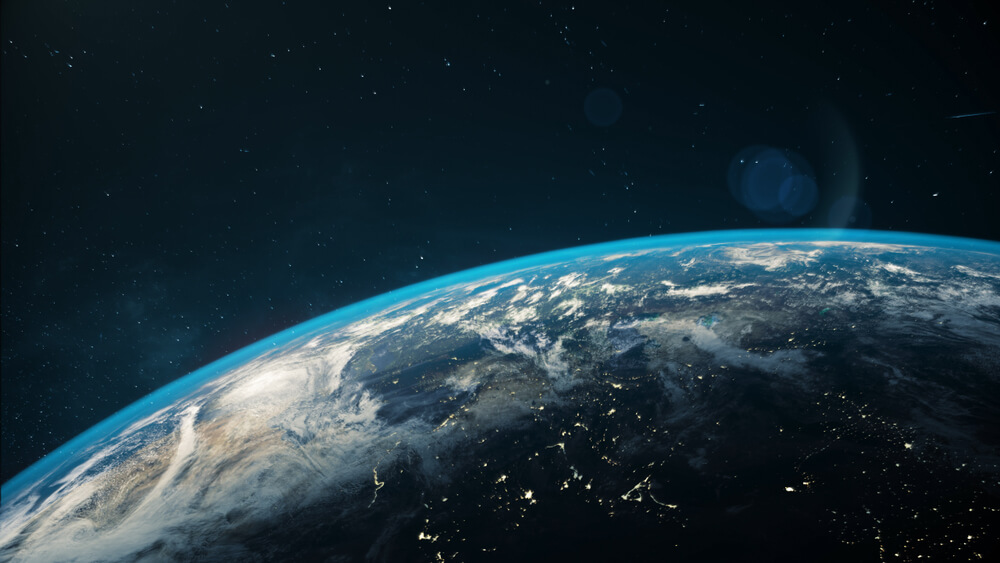 This mission, following the recent flights of businessmen Richard Branson and Jeff Bezos, will mark the next step towards opening up space for those who can afford it.

Dragon launched the Falcon-9 launch vehicle, the brainchild of Elon Musk's SpaceX, into orbit. The launch took place on September 16 from the Kennedy Space Center in Florida and was broadcast on the SpaceX website.

Approximately three minutes after launch, the first stage of the launch vehicle separated and landed on the floating platform Just Read the Instructions in the Atlantic Ocean. A few minutes later, Dragon separated from the second stage and entered an orbit with an altitude of 575 km.

After that, the astronauts were able to see the Earth through the transparent dome. This porthole dome, located under the nose cone, replaces the airlock commonly used on Dragon to dock with the ISS. However, there will be no docking this time, so no gateway is needed.

Tourists will spend the next three days in orbit. At the end of the mission, the capsule should splash down in the Atlantic Ocean.

Pics from liftoff of the @ Inspiration4x mission pic.twitter.com/Vt8EACSLZK

Who paid for the flight

The American space agency NASA, which has always ordered flights of American astronauts on SpaceX ships, this time has nothing to do with the mission.

The flight was paid for by American billionaire Jared Isaacman, who led the crew of three. It is not reported exactly what amount he had to part with, but today flights into space are a very, very expensive pleasure.

On the subject: Want internet from Elon Musk: you can already pre-order it on the SpaceX website

They hope to inspire others to travel to space and raise funds for cancer research in children. The mission was named Inspiration4 (inspiration).

How is the flight

The spacecraft reached an altitude of 575 km, that is, 150 km above the orbit of the ISS. Astronauts will conduct a series of experiments in space and observe the Earth.

They are confident that they are opening a new era of space travel “for everyone”.

Who are these four astronauts?

The ship's captain, 38-year-old Jared Isaacman, is a successful businessman and CEO of the electronic payments company Shift4 Payments, which he founded as a teenager; his fortune is estimated at about $ 2,5 billion. Jared is a big aviation enthusiast: he has flown thousands of hours of flights on different types of aircraft. Having paid for this mission, he nevertheless believes that space should be accessible to everyone.

“This will be the first time that a non-global superpower has launched humans into orbit,” Isaacman said before the flight. “And I think this flight will be a harbinger of the future. After all, we know that someday, in 50 or 100 years, there will be a lunar base and, quite possibly, a Martian settlement. And all this has to start somewhere. "

“When this mission is completed, many will say: this was the first time ordinary people went into space,” the businessman said.

Inspiration4 will not only make a full-fledged orbital flight (the ships of Branson and Bezos only formally went into space, barely leaving the earth's atmosphere), but also perform a specific task. According to Isaacman, he knew from the beginning that it would not be a "regular fishing trip with friends": the flight must have a specific purpose.

The businessman recruited three people to his team, whom he had not previously met.

Hailey Arsenault, 29, is a graduate student at St. Jude Thaddeus Children's Hospital in Memphis, which is considered the world's largest clinical research center for cancer treatment. At the age of 10, she herself underwent a course of treatment in this clinic. The goal of the expedition is to raise $ 200 million for this hospital, so Isaacman decided that it would be natural if an employee of this clinic was included in the crew. “It seems that I am the first person in the world who was called on the phone and said: would you like to fly into space?” Hailey Arsenault laughs.

Dr. Sian Proctor is 51 years old. She is a geologist and popularizer of a science that nearly became a NASA astronaut in 2009, but did not make it past the last qualifying round. However, the commander took her to the team because of her entrepreneurial skills.

Chris Sembroski, 42, is a veteran of the United States Air Force and an engineer at the Lockheed Martin aerospace company. He made a donation to the St. Jude Children's Hospital and was automatically eligible for the lottery in which the seat of the fourth member of the crew was drawn. But Sembroski did not get a lucky ticket, but his friend was lucky, who won and lost his place to Chris in the cockpit of the spaceship.

Why is it important

In just 60 years that have passed since the first flight of the Soviet cosmonaut Yuri Gagarin, a total of about 600 people have visited space. Most of them were the military, who carried out assignments (often secret) of their governments.

But the Inspiration4 mission is a different matter entirely. This is a fully commercial orbital flight operated by private civilians.

Just half a year ago, Isaacman, Arseneau, Proctor and Sembrosky were living their normal lives, but overnight everything changed - they took a crash course in astronaut training and worked on the SpaceX simulator, which replicates the orbital capsule in detail.

SpaceX plans to continue to carry out commercial orbital flights, not limited to the requests of traditional space agencies.

For example, Axiom Space (a startup from Texas) has already paid for four Dragon flights. It should deliver the next space tourists to the ISS.

Ukraine and the United States jointly launched a rocket into space: it exploded after 2 minutes

Internet from Elon Musk will appear in the post-Soviet space