Home Page Positive SpongeBob and Patrick: oceanologists have discovered creatures strikingly similar to the heroes of the famous cartoon

An ocean expedition exploring the depths of the Atlantic captured a striking sight: a sponge very similar to SpongeBob. And next to it is a pink starfish - Patrick's double, SpongeBob's best friend. More details about the unusual find told the publication NPR. 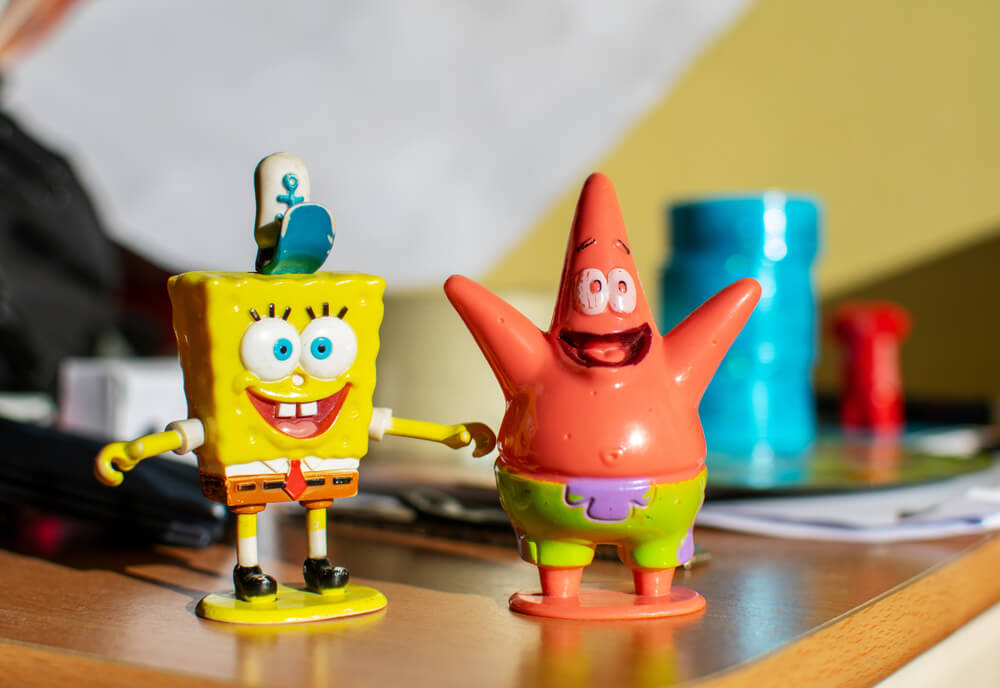 Christopher Ma was one of the scientists who watched the live broadcast from the underwater vehicle launched from the NOAA Okeanos Explorer. He is a Research Fellow at the National Museum of Natural History, who often collaborates with the National Oceanic and Atmospheric Administration. Ma is an expert on starfish.

The scientist immediately noticed the similarity of underwater creatures with animated friends.

So he posted an image of the two on Twitter, noting the similarities, which made a lot of people happy. Someone helpfully added faces and legs.

Ma suspects that these creatures do not converge in order to relax and have fun together, but for another reason: sea stars love to feed on sponges.

On the subject: Own laws and no paper money: the first state on water is being built in the Pacific

“Apparently, the starfish is next to this sponge because it is about to eat it, at least in part,” he suggested.

Or maybe not. According to Ma, the sponge can be bright yellow due to its chemical protection.

In any case, he says, "the reality is a little harsher than the cartoon suggests."

Scientifically, the sponge is Hertwigia and the starfish is Hondraster.

Ma says that the starfish spotted by the expedition was probably a species called Chondraster grandis, a pink starfish that likely inspired Patrick's character.

Although the actual sponge is as yellow as the Nickelodeon character, SpongeBob's shape is far from what is found in nature.

“SpongeBob is obviously shaped like a plastic cleaning sponge — it's rectangular,” Ma explains. “But real deep sea sponges are almost surreal. They have bizarre, crazy shapes. "

Patrick's anatomy also doesn't quite match the anatomy of a real starfish.

The expedition explored the depths of the Atlantic

The expedition traveled more than 200 miles (almost 322 km) from the Atlantic coast when the famous sponge and starfish were sighted.

The find was part of the North Atlantic Stepping Stones NOAA, a month-long expedition aboard the Okeanos Explorer to gather information on unknown and poorly understood deep-sea areas off the east coast of the United States. The expedition included seabed mapping and exploration of deep-sea coral sponge communities, fish habitats and seamount ecosystems.

“These are literally animals that the public may have never seen before. They live at almost 2000 meters, ”he notes.

The scientist hopes that this will draw attention not only to sponges and starfish, but also to their habitat, which is under threat from mining and fishing.

The positive response from the people on Twitter was pleasant for the author.

“My God, this is wonderful! This is great! I can't believe it's true, ”the commentators wrote.

“If we can bring a positive and make people happy by showing them nature - well, this is what nature has always done for us,” concluded Ma.