Home World Between Ukraine and Georgia diplomatic scandal over Saakashvili

Between Ukraine and Georgia diplomatic scandal over Saakashvili

Georgia recalls its ambassador in Kiev for consultations in connection with the appointment of former president Mikheil Saakashvili to the post of head of the executive reform committee under the President of Ukraine, reports with the BBC. 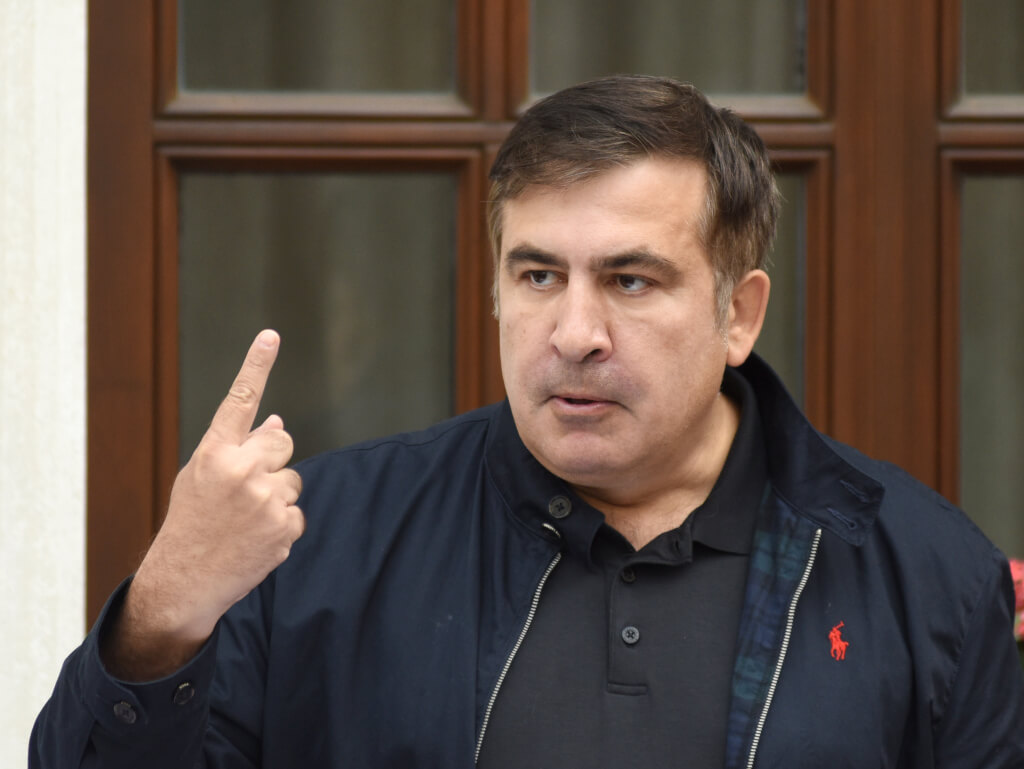 This was reported by Georgian media, citing a statement by Georgian Foreign Minister David Zalkaliani.

“This is an accepted practice in diplomatic relations, which indicates the emergence of certain problems in bilateral relations, therefore, consultation with the ambassador is necessary to determine future steps,” Zalkaliani said.

At the same time, according to the Georgian edition of Imedinews, the minister noted that, despite this decision of the Ukrainian side, "Georgia does not consider the severance of diplomatic relations or the revision of the strategic partnership." “But the appointment of the person convicted and the one on the wanted list of the Georgian judiciary raises questions,” said the head of the Georgian Foreign Ministry.

Although he emphasized that Saakashvili was not appointed to the government, but to an advisory institution.

"The downgrading of the post proposed by Saakashvili and his appointment as the head of the executive committee of reforms shows the skepticism of the Ukrainian politicians, including the parliamentary majority, towards this person," Zalkaliani said.

The Georgian Embassy in Ukraine has so far declined to comment. They said that at the moment only the Georgian Foreign Ministry is authorized to comment on the situation.

The recall of the ambassador for consultations was not a surprise: such a step of the Georgian side in the case of the appointment of Saakashvili was predicted by many officials who reminded the public that Georgia had a court decision in the Saakashvili case and this country could take such a decision as a sign of disrespect.

So, the Georgian Ambassador to Ukraine Teymuraz Sharashenidze said that the possible appointment of Saakashvili to the post of Deputy Prime Minister of Ukraine for reforms is likely to be perceived in Tbilisi as an unfriendly and unacceptable step from a strategic partner.

Recall that in January 2018, a Georgian court sentenced Mikheil Saakashvili in absentia to 3 years in prison on charges of abuse of power.

Saakashvili was tried in the so-called Sandro Girgvliani case - an early pardon as president of Georgia for four detained police officers convicted of the murder of a Girgvliani bank employee.

According to the investigation, Saakashvili illegally promised the then head of the Department of Constitutional Security Date Akhalaya that he would have mercy on Sandro Girgvliani, convicts for the murder. And then, bypassing the Clemency Commission, pardoned Gerontiy Alania, Mikhail Bibiluridze, Avtandil Aptsiauri and Alexander Gachava, thus creating legal leverage for the conditional release of prisoners.

What position did Saakashvili get

Talks lasted for several weeks that Saakashvili could be appointed vice prime minister for reform. The politician held a series of meetings with the factions "Servant of the People" and "Voice", but his candidacy did not get enough votes from the deputies of the Rada.

Saakashvili was appointed head of the Executive Committee for Reform, which is part of the National Reform Council under the President of Ukraine. The corresponding decree was signed by President of Ukraine Vladimir Zelensky on May 7, according to the official website of the head of state.

The Reform Executive Committee is a subsidiary body under the President of Ukraine, whose main task is to prepare proposals for the strategic planning of reforms, their coordinated implementation and monitoring the implementation of reforms.

This state body for promoting reforms was created by the ex-president of Ukraine Petro Poroshenko in 2014, and since the election of Zelensky, he has never been going to work.

'Started by washing floors': how a Ukrainian created a successful metal processing business in the USA

A fighter for equality and a descendant of the Kozaks: the story of the first Ukrainian political refugee in the United States