Severe storms have brought alleged baseball-sized tornadoes and hail to parts of Oklahoma, but no deaths or injuries have been reported, says ABC News. 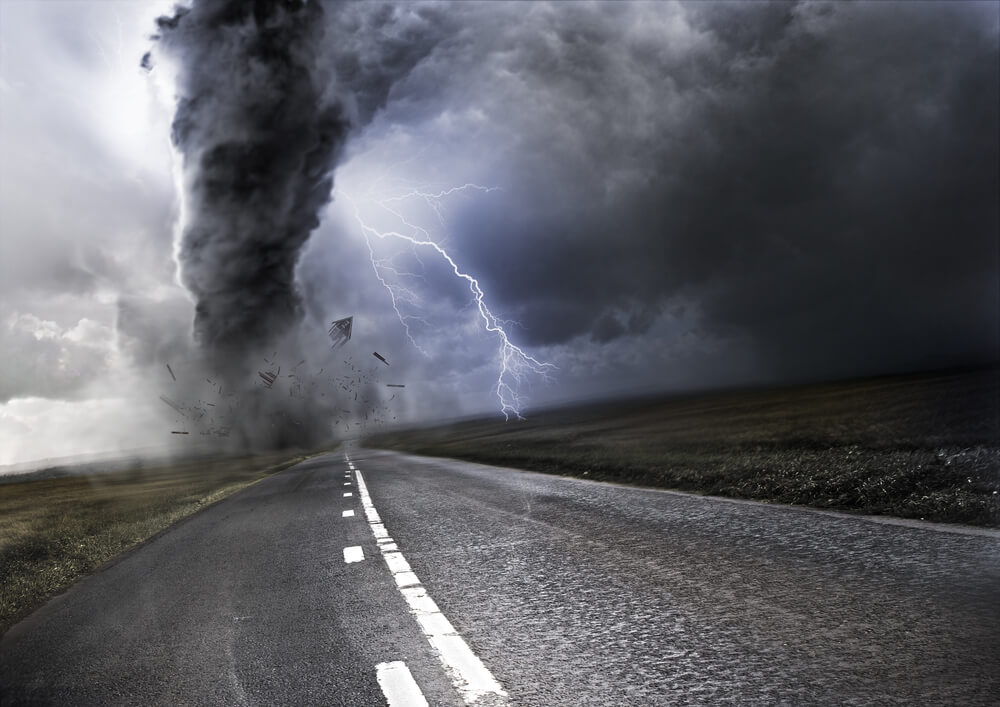 Severe weather that hit Oklahoma on October 10. Heavy rain, lightning and wind have also been reported in parts of Arkansas, Kansas, Missouri and Texas, and more stormy weather is expected later this week in parts of the central US.

Severe weather in October is not unusual in the Southern Plains, according to Chuck Hodges, senior meteorologist at the National Weather Service in Tulsa. But the Sunday storm "felt more like a spring setting."

“We had unusually high humidity and very, very severe weather conditions,” he said.

Due to the storm, the Tulsa State Fair closed early on its last day of operation, a large tree fell on two cars and blocked the road in Tulsa due to strong winds. The road reopened after the brigades removed the tree.

No injuries or deaths were reported.

Tornado warnings and damage reports emerged in Oklahoma early Sunday afternoon, Hodges said, and weather service teams hit the road on Monday, Oct. 11 to determine how many tornadoes had occurred.

A possible tornado struck the Tulsa suburb of Coweta late Sunday, causing extensive damage to high schools, homes and a gas station, according to news reports, and Coweta's public school classes were canceled on Monday.

The City of Coweta reported on Facebook that power lines have been disconnected in several areas.

Caueta Police Chief Mike Bell said the nursing home was also damaged, but no one was hurt. Bell said he will ship the drone later Monday to better understand the overall damage.

One house was reportedly struck by lightning and firefighters were working to extinguish the fire.

The city tweeted at 19:48 pm that tornado sirens were heard in southern Oklahoma City. In the repair shop, about a dozen cars were damaged, including one with a broken rear window.

Jeff Nix, who works at the R&J Complete Auto Care station, said one of the cars looked like it had been "shot from a cannonball." He said that heavy hail was raining down on everything around, making a sound similar to shelling during the war.

On the subject: How you can spend only $ 99 per month on groceries in the US: useful tips

The same system that caused the storms in Oklahoma brought heavy rain, lightning, and wind to parts of Arkansas, Kansas, Missouri and Texas.

The storm brought devastating hail to Norman, about 35 km south of Oklahoma City.

In Missouri, film crews were sent to rural areas in the southwestern state to determine if the reported damage was caused by the tornado, the weather service said.

Lightning, which appeared to be caused by the same line of storms, delayed an NFL game between the Buffalo Bills and the Chiefs in Kansas City, Missouri by about an hour on Sunday evening October 10.

Columbus against the Indians: Americans themselves do not understand now that they celebrate October 11

Interesting facts about driving a car in the USA: the experience of an immigrant