Home At home 'They say you're from another planet': the commander of the Ukrainian battalion defending Mariupol asked Elon Musk for help

The commander of the 36th Separate Marine Brigade of the Navy of the Armed Forces of Ukraine Serhiy Volynsky (“Volyn”) called on the American businessman, founder of SpaceX, Elon Musk, to help with the evacuation of the Ukrainian military defending Mariupol and caught in the Russian siege at the Azovstal plant, reports Radio Liberty. 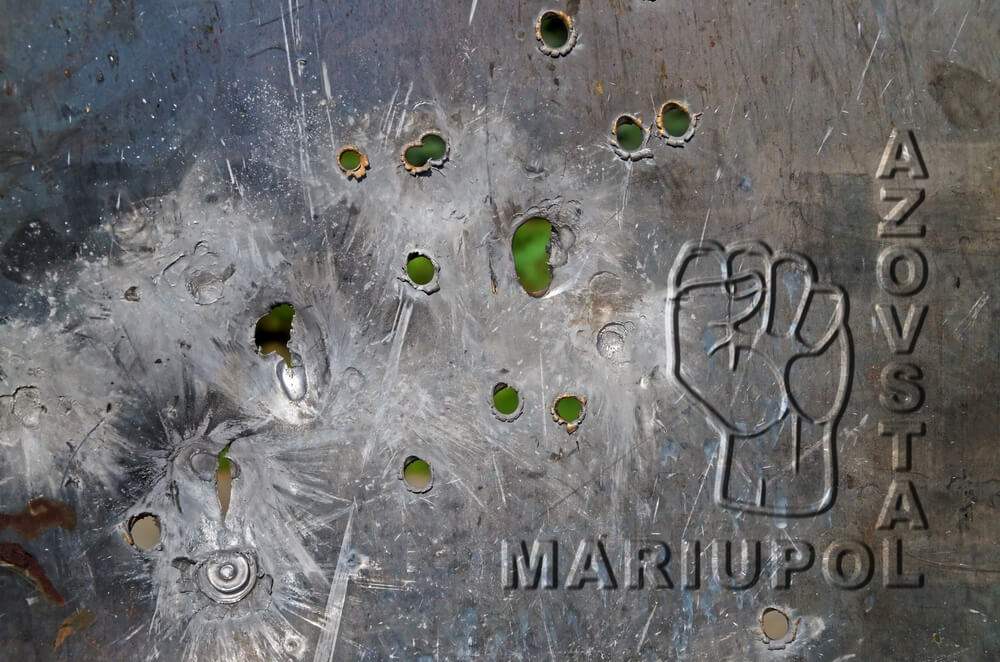 “They say you were teleported from another planet to teach people to believe in the impossible. Our planets are next to each other because I live where it is almost impossible to survive. Help us get out of Azovstal to a third country. If not you, then who? Tell me," the appeal says.

The Marine commander added that he was addressing "to every person on the planet Earth: help make Elon see my appeal."

@elonmusk people say you come from another planet to teach people to believe in the impossible.
Our planets are next to each other, as I live where it is almost impossible to survive.
Help us get out of Azovstal to a mediating country. If not you, then who? Give me a hint.

Elon Musk has yet to respond.

On the eve of Volyn, he called on the world to help with the evacuation of the Ukrainian military from Azovstal.

“If the world civilization still has common spiritual values ​​and ideals, if people are able to experience the pain and suffering of others, if words of help make them act, then I urge you to fight for the Mariupol garrison! I call on the whole world, I call on everyone to help implement the “extraction” procedure for the Ukrainian military!” he emphasizes.

He also noted that he, like other Ukrainian defenders of Mariupol, continues to resist the Russian army, because "as long as the heart beats, he will experience pure, unconditional and unconditional love for the Motherland."

On the subject: Ukrainians load the bodies of Russian soldiers into special trains: earlier the Kremlin refused to take the dead

Mariupol was cordoned off by Russian troops in the first few days of the large-scale Russian invasion, which began on February 24th. Ukrainian units have been resisting in the Azov city for the third month already.

At the moment, fighters of the Azov battalion and marines remain at Azovstal.

On May 8, President Volodymyr Zelensky said that Ukraine currently does not have the ability to unblock Mariupol by military means. He also added that Kyiv is trying to achieve an evacuation along the diplomatic route, and it was this route that allowed civilians to be taken out of the plant. Moscow refuses to discuss the corridor for the military. Ukraine involved in the negotiations representatives of Turkey, Israel, Switzerland, France, the UN and the International Committee of the Red Cross.

On May 11, the Minister for the Reintegration of the Temporarily Occupied Territories of Ukraine, Irina Vereshchuk, said that the Ukrainian authorities had offered the Russian side the option of exchanging military personnel, and this should help take the seriously wounded soldiers out of Azovstal.

“The government is working on various options. None of them are perfect. But we are not looking for an ideal option, but a working one. As a first step, we offered the Russians such an exchange: we are taking our seriously wounded guys out of Azovstal along the humanitarian corridor. At the same time, we are handing over Russian prisoners of war according to the standard rules for the exchange of prisoners of war,” she wrote in a telegram.

Irina Vereshchuk noted that there is no agreement on this exchange format, negotiations are ongoing.

Richard Gere is selling his luxurious Jaguar: the actor will transfer all the money earned for it to Ukraine