Home In the U.S. US national debt is growing rapidly due to quarantine: will taxes be raised 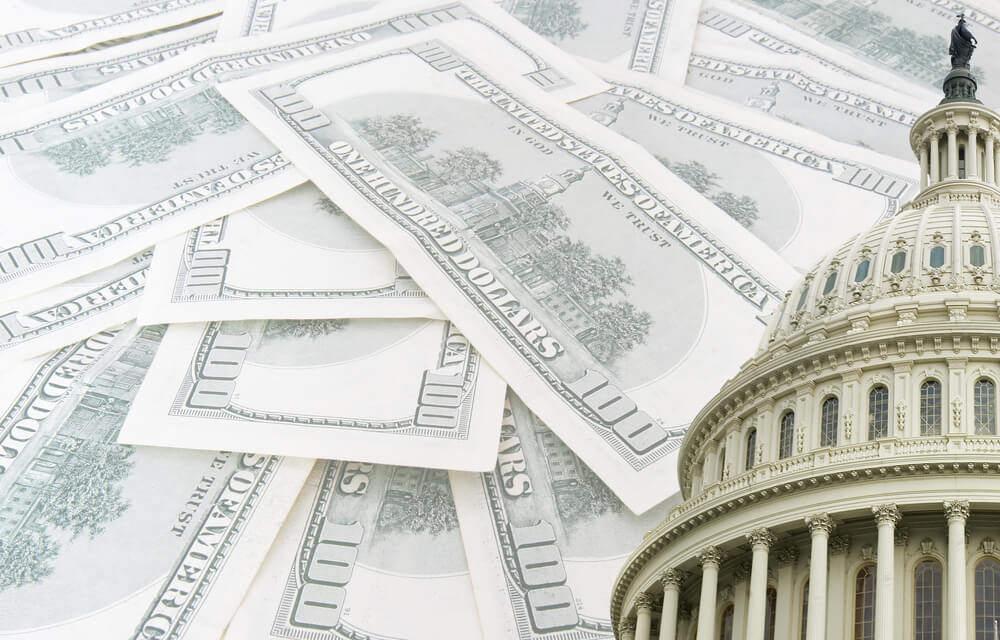 Understanding how public debt works is very important because American consumers have an influence on this amount: increasing it, slowing growth and helping to offset the debt from its taxes. Some experts believe that tax rates may increase in the next few years after US residents were paid financial assistance in connection with the coronavirus.

“It is very likely that tax rates will rise until 2026,” says Ed Slott, a certified public accountant and founder of Ed Slott & Co.

How a pandemic affects public debt

The national debt is on the rise because the US has had a budget deficit for years. This means that each year the government spent more money than it received. Over time, this annual deficit accumulated, turning into trillions of dollars in debt. And interest on that debt surpassed $ 2019 billion in 375 - more than spending on other key priorities such as veteran programs or unemployment insurance.

National debt is likely to grow even faster this year as the government has adopted massive coronavirus programs to help consumers, businesses and the US economy as a whole recover from the COVID-19 pandemic. The US Treasury recently announced it would borrow nearly $ 3 trillion in the second quarter - a record amount.

In the second week of May, Democratic lawmakers offered a second round of assistance worth $ 3 trillion (although it is unlikely to pass, especially in its current form).

On the subject: Tax Season 2020: Everything You Need to Know About Deferral

What is public debt

When expenses exceed revenues for a certain period (usually a year), the government is in short supply. The US has been working with a budget deficit on an annual basis for many years. The last year of surplus, when revenues exceeded expenses, was 2000, according to the Congressional Budget Office.

Taxes are the country's main source of income. Total income and wage taxes accounted for about 85% of the money collected by the government in 2019. Meanwhile, expenses include discretionary expenses, including defense, as well as compulsory programs such as Social Security and Medicare. Together, these two programs alone accounted for nearly 41% of total U.S. federal spending in 2019.

If the government repeatedly runs a budget deficit, then the difference between spent and available funds becomes debt - or money that has to be borrowed. At the federal level, debt is distributed as follows:

The public owns most of the US government debt. Indeed, government bonds are a popular choice for investors because they are considered one of the safest investments: the federal government always fulfills its debt obligations.

As a result of the coronavirus financial assistance package and other measures under discussion, the national deficit and debt are projected to continue to grow.

Some experts warn that lawmakers may consider raising taxes and cutting funding for programs to curb this growth.

“The most significant of the risks is that the US government will impose significant tax restrictions in the form of tax increases and spending cuts in 2021,” Hugh Johnson, chief investment officer and founder of Hugh Johnson Advisors, wrote to his clients.

Tax rates are planned to return to previous levels in 2026, although this may happen even earlier.

“The government just wrote a $ 2 trillion check from a bank account with no money,” Slott says. "Someone will have to pay the bill, and there is a possibility that they will be taxpayers."

Americans are experiencing the financial consequences of a pandemic, not only at the country level. States and local governments are seeing declines in revenue. This is due to the fact that orders for self-isolation and dismissal of people deprive them of two valuable sources: income tax and sales tax. To make up for this loss, states and communities may raise other tax rates, including corporate income taxes, excise taxes and sales taxes, as well as property taxes.

On the subject: Taxes in 2021: 10 Important Innovations to Know About

How to prepare for a potential tax increase

Much of what happens to public debt, deficits, and, ultimately, taxes, is beyond the control of ordinary Americans. However, there are steps you can take now in anticipation of tax increases.

One of the easiest steps: deposit money into Roth retirement accounts, such as 401 (k) or IRA, instead of traditional ones. One of the main differences between a traditional account and an IRA Roth is when exactly you pay the tax. With a traditional IRA, you usually get tax credits on contributions and then pay withdrawal taxes when you retire, while with Roth IRA it's the other way around.

If you have an IRA or an old 401 (k) from a former employer, transferring that money to a Roth IRA - what's called a Roth conversion - could save you taxes down the road. Even though you will have to pay taxes when you make the change, the trade-off is that you will receive tax credits upon retirement as Roth accounts grow while remaining tax-free and can be withdrawn tax-free as well.

Low tax rates, in particular, make the present time “favorable” to consider such a transition, because you will be subject to a lower tax rate than in the future, Slott said. This is why "if you are younger and have lower tax restrictions, you should put whatever you can into Roth."

However, no matter how the federal government resolves the historical deficit, exacerbated by spending on coronavirus, you cannot avoid paying taxes in general. And your tax rate may increase over time if you make more money in the future.

Card instead of check: IRS has changed the way financial aid is sent in connection with coronavirus

In Alaska, a bear entered a house and attacked men trying to protect children