Home Page In the U.S. Years of daily trains and 17 visits in 4 months of the presidency: why Biden is so drawn to his native Delaware

Years of daily trains and 17 visits in 4 months of the presidency: why Biden is so drawn to his native Delaware

US President Joe Biden has traveled to Delaware for the 12th time since taking office to spend two nights at his beach house with his wife. Writes about it New York Post. 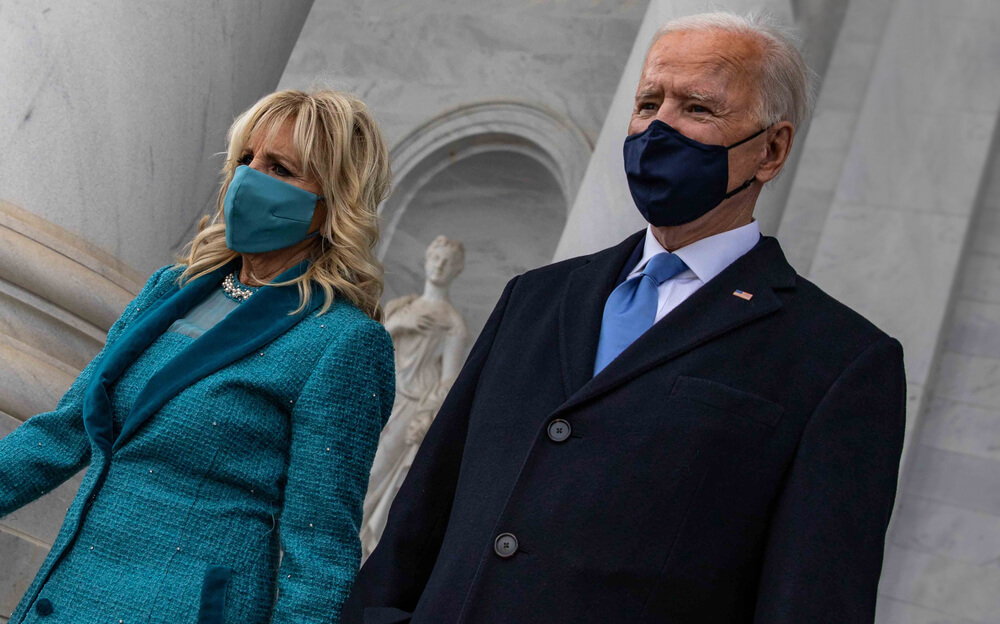 The trip to Rehoboth Beach will conclude Biden's short workweek, who returned to DC on Monday morning May 31. He spent most of the Memorial Day weekend at his home in Wilmington, Delaware.

The trip to the beach is timed to coincide with the 70th birthday of First Lady Jill Biden.

The President made his 10th trip to Delaware last week with a quick visit to pay tribute to the family of a longtime aide who recently died.

Biden was very excited when he left for the inauguration and said, "When I die, Delaware will be minted in my heart."

Biden combined his love for Delaware with his love for real estate. When he was a senator, he traveled an hour and a half from Washington to his home in Wilmington.

For most of his 44-year civil service career, Biden was referred to as "Joe from the middle class." He often referred to himself as "one of the poorest members of Congress." But as it turns out, the reason Biden often found himself at the bottom of the wealth ladder among his Senate counterparts has a lot to do with his lifelong obsession with real estate. Town and Country Mag.

“Even in high school, I was seduced by real estate,” he wrote in his 2007 autobiography.

On the subject: White House publishes Biden's declaration: where did he get millions

Biden started buying houses (especially those that were out of his budget) when he was twenty, taking out several mortgages and taking out loans against life insurance policies. His net worth was often negative - in 2007 he was recognized as the poorest senator.

Today, the 78-year-old president-elect is no longer middle-class. Forbes estimates that in 2019, Biden and his wife, Jill, are worth $ 9 million, most of which came from royalties from speeches and books that came out after his vice presidency.

According to a declaration published in May 2021, the couple earned $ 607 for the year.

About $ 4 million of this amount is in his real estate. And while the couple have officially moved into the US’s grandest home, the White House joins an already impressive group of stately mansions owned by the president and first lady.

In 1996, Biden bought four acres (1,6 hectares) of secluded lakeside land in the prestigious Wilmington suburb and built this 6850 sq. Ft. (636 sq. M) home. The house has three bedrooms and four and a half baths. The house is a five-minute drive from the Roman Catholic Church of St. Joseph's at Brandywine, where the family attends services, writes Fox Business.

The site was bought then for $ 350, and now its value is estimated at more than $ 000 million, although a real estate expert called this figure closer to $ 1 million. During his vice presidency, he rented a cottage to the secret service for $ 2 a month. When his son Bo was battling brain cancer, Biden considered selling the house to pay for treatment, but President Barack Obama talked him out of it and offered to lend him money instead.

In the summer of 2017, the Biden bought a home on the beach for $ 2,7 million.The three-story home overlooking Cape Henlopen Park and just a couple of blocks from the beach has six bedrooms, expansive verandas, views of the Atlantic Ocean and a backyard built for entertainment, with summer kitchen, barbecue, fireplace and a place for dogs to wash.

“Throughout our careers, Jill and I have dreamed of buying a house on the beach where we could bring the whole family. We are very fortunate to be able to do this now and look forward to spending time with our family in the most important place in the world for us, ”he said in a statement.

The Biden lived in a 9-square-foot (150 sq. M) home at the Naval Observatory, the official residence of the Vice President, during President-elect Joe Biden's tenure as Vice President under President Barack Obama from 850 to 2008. year.

The six-bedroom house was built in 1893, but since it was named the vice president's official residence in 1974, it has undergone $ 2,6 million renovations. The house has a veranda with a porch and even a bunker.

The house is filled with innovations from previous vice presidents, including a heated pool installed by Vice President Dan Quayle, who served under President George W. Bush. It was Biden's favorite place.

The Biden left behind a porcelain in an English cabinet and a sign on a tree that read “Joe Loves Jill Valentine's Day 2010”.

After leaving the Vice President's residence at the Naval Observatory at the end of their term in 2017, the Biden began renting a home in McLean, Virginia, a prestigious suburb outside D.C. that is home to many senators, Supreme Court justices, and diplomats. Jackie Kennedy grew up here.

This Georgian-style home, which they rented from venture capitalist Mark Ein (which cost $ 20 a month), was once the home of Alexander Haig, Secretary of State during the Ronald Reagan administration and White House chief of staff from Presidents Richard Nixon and Gerald Ford.

It was built in 1989, according to the Sotheby's International Realty listing; The house has large full-length windows overlooking the Potomac River.

The five-bedroom mansion is over 12 square feet (000 sq. M) and features a gym, sauna, floor-to-ceiling windows and a driveway that can accommodate 1 cars.

The Biden rented the McLean estate in part because Jill was a full-time English teacher at Northern Virginia Community College, and they wanted to be closer to their grandchildren. In February last year, it was reported that the Biden were no longer renting the mansion.

The first couple's relatively modest net worth pales in comparison to the wealth of President Donald Trump, who often spent weekends at his hotels in Palm Beach, Florida and Bedminster, New Jersey.

Delaware's close proximity to the White House means that the Biden usually fly to the state in a Marine One helicopter rather than an Air Force One.

From Application to Oath: 10 Essential Steps in the U.S. Naturalization Process