Main page At home Anniversary of the murder of Nemtsov: how the memory of the politician was honored in Russia and the world

On February 27, events are held around the world in memory of Boris Nemtsov, a Russian opposition leader who was killed 6 years ago right on the Bolshoy Moskvoretsky Bridge near the Kremlin walls. Writes about it with the BBC. 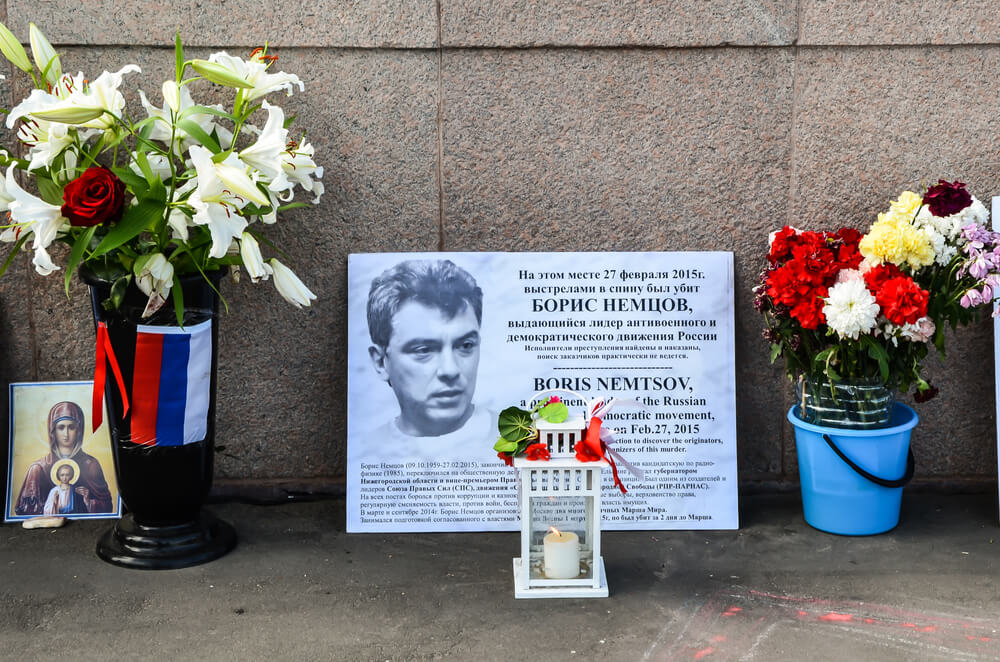 This murder is called one of the most high-profile political murders in modern Russia. A few days later, five natives of Chechnya were arrested on suspicion of committing a crime.

For the past few years, marches in memory of Boris Nemtsov have been held on this day, but this year the Russian authorities did not allow the march, citing restrictions related to the COVID-19 pandemic. The organizers of the traditional processions appealed to the Moscow mayor's office with a request not to interfere with the laying of flowers.

People carried flowers all day to the place of the murder on the Bolshoy Moskvoretsky Bridge. Ambassadors of Western countries came to honor the memory of the politician.

Friends, relatives and supporters of the politician come to the grave of Boris Nemtsov at the Troekurovsky cemetery.

According to some reports, by 17:30 (Moscow time) 7,8 thousand participants came to the rally in memory of Boris Nemtsov on the Bolshoy Moskvoretsky bridge.

On the subject: Boris Nemtsov posthumously won a case against Russia in the European Court

Companion and friend of Nemtsov, Ilya Yashin, urged all those who wish to honor the memory of the politician to come to the Moskvoretsky Bridge without posters, since this is a "memorial event" and not a meeting or a procession. “There is no need to give the police reasons for arrests,” Yashin asked.

At the site of Nemtsov's murder, a spontaneous memorial was erected in memory of the murdered politician, whose condition is monitored by volunteers. The memorial is usually called "Nemtsov Most" in the press.

Flowers to the place of death of the politician were laid, among other things, by the ambassadors of the United States, Great Britain and the European Union.

“US Ambassador John Sullivan joined the commemoration event on the sixth anniversary of the brutal murder of Boris Nemtsov, a Russian politician dedicated to fighting for a better future for his country and his fellow citizens. He remains a source of inspiration for many who strive for justice, transparency, freedom, ”wrote a representative of the US Embassy in Russia.

Promotions all over the world

The memory of the murdered politician was honored in other cities not only in Russia, but throughout the world. In particular, in Nizhny Novgorod - the hometown of the politician, Yekaterinburg, Irkutsk, Novosibirsk, Chelyabinsk. In St. Petersburg, people bring flowers, photographs of a politician and candles to the Solovetsky stone.

The trial of the murder of a Russian politician ended in July 2017. Former fighter of the "Sever" battalion, Zaur Dadaev, was sentenced to 20 years in a strict regime colony. The court established that it was he who was the executor of the contract murder and it was he who killed Nemtsov. Dadaev's accomplices received from 11 to 19 years in prison.

The investigation considers Ruslan Mukhudinov, who was put on the international wanted list, as well as a group of unidentified persons to be the organizers of the murder. Representatives of Boris Nemtsov's family do not agree with the conclusion of the investigation. The case of the murder of Boris Nemtsov has not been officially closed. At the beginning of 2020, Vladimir Putin announced that the ordering parties for the murder of Nemtsov were identified, but their names are still not known.

10 years after Magnitsky’s death, Russia was found guilty of violating his rights