Main page At home Anniversary of the annexation of Crimea: what is happening on the peninsula after 7 years

On February 26, 2014, Russia began the occupation of the Ukrainian peninsula of Crimea. The invaders raised the Russian flag over the building of the Supreme Soviet, built the first barricades and closed the entrance from the mainland Ukraine. Later, this date became the official Day of Crimean Resistance to Russian Occupation. Read about what is happening on the peninsula now and how the situation has changed in the ForumDaily material. 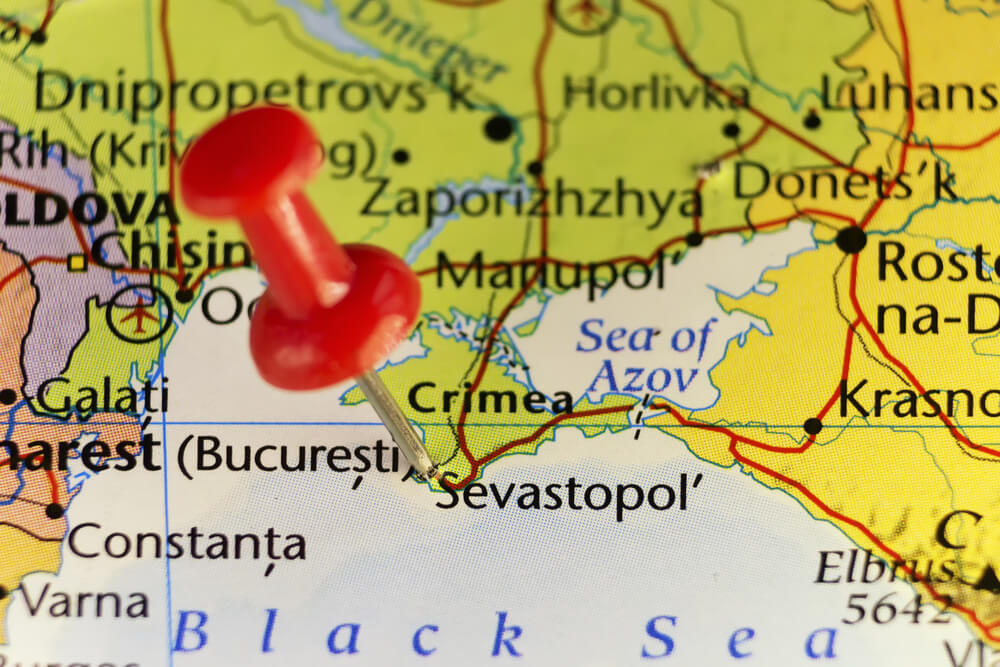 US President Joe Biden said that the country he leads will never recognize the annexation of the peninsula and will fight Russia together with Ukraine, writes Ukrainian Truth.

“Seven years ago, Russia violated international law, the norms by which modern countries interact with each other, as well as the sovereignty and territorial integrity of neighboring Ukraine when it invaded Crimea,” Biden said. “The United States continues to support Ukraine, its allies and partners, as it has since the beginning of this conflict. On this dark anniversary, we reaffirm a simple truth: Crimea is Ukraine. The United States does not and will never recognize the annexation of the peninsula by Russia, and we will, together with Ukraine, oppose Russia's aggressive actions. "

Biden noted that the United States will continue to work to hold Russia accountable for its aggression in Ukraine.

Mentioning the Revolution of Dignity, he said that the United States will continue to honor "the courage and hope of the revolution in which the Ukrainian people faced the fire of snipers and security officials on the Maidan and demanded a new beginning for their country."

On the subject: About Trump, Biden, Crimea and NATO: Volodymyr Zelenskyy gave an interview to HBO

In conclusion, Biden noted that the United States "still believes in Ukraine's promises" and supports all those who strive for a peaceful, democratic and prosperous future for their country.

How things are now in the occupied Crimea

7 years ago, in 2014, these days there were rallies. And not only supporters of Russia, but also of Ukraine. This pro-Ukrainian rally was the last mass resistance of ordinary citizens in Crimea, writes Today.

“On February 26, 7 years ago, I was at that rally with my relative,” says Erfan Kudusov, a Kiev migrant from Crimea. - Everyone then dispersed in the hope that the then Ukrainian authorities, military and special services would do everything to protect Crimea. In those days, we, as the public, did not allow pro-Russian deputies to get into the Supreme Soviet. Both then and now we believe that we have fulfilled our public duty in full. But already on February 27, they learned that Crimea was captured by sabotage groups without identification marks. We considered ourselves loyal, and from two sides - the official Kiev and the law enforcement agencies, the special services of Ukraine. "

According to the settlers from Crimea, after 7 years a number of problems have matured on the peninsula. Most of all breakdown with water supply.

“I will give the example of Yalta, where before the occupation there were never any problems with this,” says Kudusov. - Today in Yalta water is supplied for three hours in the morning and three hours in the evening. 06:00 to 09:00 and 18:00 to 21:00. It also became known that a water pumping station was liquidated in Massandra, and the site was sold to private hands. Local residents are in revolt, but they cannot do anything. In Sudak, water is imported. The quality is poor. Only Simferopol and Sevastopol, where there are military bases, are supplied with water. The invaders do not regret water for themselves. "

They also don’t know what the holiday season will be.

“Salaries remain Crimean, and prices have been Moscow for a long time. Alcohol and cigarettes have especially risen in price. As for the forecast for the holiday season, many want the borders to be closed due to quarantine. Then all the vacationers will fly not to Egypt, but to the Crimea, ”says one of the residents of Yevpatoria, who plans to rent out his housing in the summer.

7 years after the occupation, two bills were registered in the Verkhovna Rada of Ukraine, which are aimed at combating supporters of Russian aggression. One of them was previously announced by the People's Deputy from the "Servant of the People" Yelizaveta Yasko. The documents provide for punishment for any public support for Russia's actions against Ukraine, for information propaganda and voluntary holding positions in the authorities of the occupied Crimea and the self-proclaimed republics. According to the people's deputies, the perpetrators are proposed to be punished with life in prison.

What they say in Russia

Pro-Russian leaders believe that Crimea suffered from Ukraine and should demand compensation for damage. The so-called head of the Crimean parliament, Vladimir Konstantinov, said that the peninsula would present an invoice to Ukraine for “the damage done to it,” writes Lenta.Ru.

As Konstantinov specified, the damage assessment commission will complete its work in the near future.

“All figures will be announced for the loss caused to Crimea by the Ukrainian authorities,” he said.

According to a supporter of the invaders, "not a penny was invested in the Crimean property during the time it was a part of Ukraine, which caused the peninsula to suffer colossal economic damage, amounting to billions of dollars."

In addition, he said that even after the annexation of the peninsula, Ukraine continued to damage Crimea. He calls the water, transport, energy and food blockades, which were established due to the occupation, as damage. In addition, the “head of parliament” said that “money was stolen from the accounts of Crimean residents”.

"Such actions bear clear signs of a criminal offense, because all this is a policy of genocide, which is being carried out by official Kiev against Crimea," concluded Konstantinov.

About Trump, Biden, Crimea and NATO: Volodymyr Zelenskyy gave an interview to HBO