The Prosecutor General of Ukraine Yuriy Lutsenko admitted that the US Ambassador to Kiev Marie Yovanovitch did not give him the “list of untouchables” against whom it was allegedly impossible to initiate an investigation, although he had previously stated the opposite. 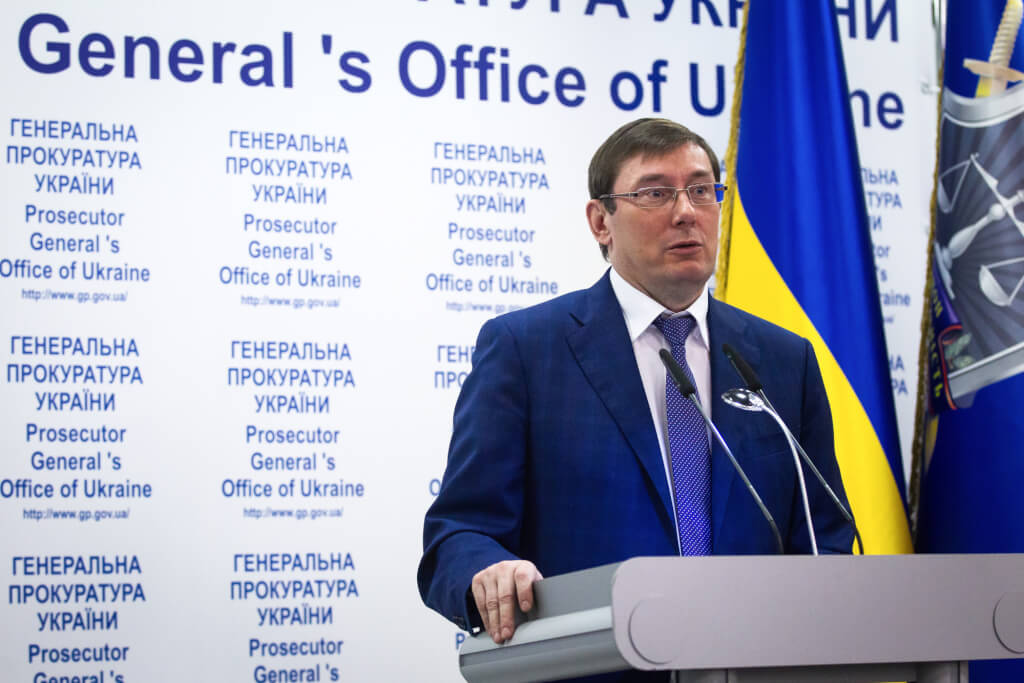 The public prosecutor told about it in interview to the edition the Babel April 17 evening.

“The meeting with the ambassador was at the GPU, at this table, in January 2017. She did not pass one on one. She was not alone, and I was not alone. Ms. Yovanovitch was interested in the case of Vitaly Kasko. The fact is that Mr. Kasko registered a mother who had never left Lviv in an office apartment - there were signs of abuse, ”Lutsenko said.

“I set out the details and explained that I cannot open and close production at will. I also named a number of so-called anti-corruption activists who are on business. She said that this was unacceptable, they say, it would undermine the credibility of anti-corruption activists. I took a piece of paper, wrote down the sounded surnames and said: "Dictate the list of inviolable persons." She says, "No, you misunderstood me." I say: “No, I understood you correctly; before, such lists were written on Bankova, and you propose new lists from Tankova ”(the former name of Sikorsky Street, where the US Embassy is located). The meeting ended. I'm afraid the emotions were not very good, ”he said.

As previously wrote ForumDaily, in an interview with the American edition The Hill Attorney General Yury Lutsenko said that at their first meeting, US Ambassador Jovanovitch gave him a list of people who should not be prosecuted.

On the subject: American journalist announced new details of Ukraine’s interference in the US presidential election

At the same time, Lutsenko noted that he did not conflict with the US embassy in Ukraine because of the Anti-Corruption Bureau, which the media had previously written about.

“I have my own position. They have the right to ask their questions. This is normal. But I don't understand why someone, instead of Ukrainians, can determine who will lead, figuratively speaking, the sword of the state. Most of all, it pisses me off that inside the country and abroad I personally and Ukraine are being destroyed for what NABU does not do in the fight against corruption. There are no results of category "A", but everyone is to blame except them. There is an impotent NABU, but for some reason the GPU should be responsible for this, ”Lutsenko noted.

At the same time, according to him, the US ambassador was very unhappy because of his decisions on the NABU, the Prosecutor General attributed this to the fact that the head of department intervened in the presidential elections in the United States.

“The moment came when it was necessary to recognize: NABU was ineffective, its leader needed to be changed. This causes resistance from the US ambassador. Why? I think because the head of the NABU intervened in American politics during the US presidential election [in 2016 on the Democratic side]. Mr. Sytnik, despite the prohibition of Nazar Kholodnitsky, divulged the data of the pre-trial investigation that the Party of Regions’s “black cash” lists are [the head of the election headquarters of Donald Trump] Paul Manafort. True, he forgot to say that there is still [former presidential adviser to Barack Obama] Gregory Craig. When Kholodnitsky asked him why he did it, he replied, they say, wants to help [Donald Trump's rival] Hillary Clinton. These revelations of the head of NABU caused a storm [of indignation] in the USA. I don’t know how, but the Americans received an audio recording of Mr. Sytnik’s conversation: he is resting with his family and friends and is discussing how Hillary would like to help. Part of this audio recording promulgated Deputy Borislav Rosenblat. And he also submitted an application to me. To be honest, I was disgusted to take the document out of his hands, because it is not Rosenblatt to fight corruption in Ukraine. But according to the law, I am obliged to consider it, and now the case [of interference in the US presidential election] is being investigated by the RRB, ”Lutsenko said.

He clarified that he had heard the entire recording, it goes 15 minutes.

“As far as I understand, Mr. Sytnik was written without a court order. This means that the record has no legal force, and there will be no consequences for it in Ukraine. Although two of his interlocutors confirmed that such a conversation took place, and recognized their voices. Here is the answer to the question why Mrs. Ambassador [US Marie Yovanovitch] is defending Sytnik. It seems obvious to me, ”Lutsenko noted, obviously bearing in mind the fact that Yovanovitch was appointed under Democratic President Barack Obama. In the 2016 elections, the Democratic Party nominated Hillary Clinton, whom Artem Sytnik wanted to help.

Giuliani: Biden's corruption schemes in Ukraine may be associated with trump's accusations in collusion with Russia

Scandal with the US ambassador to Ukraine: more and more politicians are calling for dismissal of Jovanovic