Home In the U.S. The Justice Department has appointed a special prosecutor who will verify the legality of the investigation of Muller

Attorney General William Barr appointed a special prosecutor to examine the reasons for the Russian investigation and determine whether attempts to gather intelligence information related to Donald Trump's election campaign in 2016 were "legitimate and appropriate". This position was received by the federal prosecutor from Connecticut, John Durham.

The investigation will be conducted by prosecutor John Durham, reported Fox News informed sources. This step is due to the fact that the Trump administration repeatedly requested clarification as to why the federal authorities were observing and whether the Democrats were colluding with foreign actors.

Earlier, two sources told the publication that Barr had recruited the Department of Justice personnel for the investigation. According to Fox News, Durham is known as a “hard, bulldog grip” attorney.

Sources say that the period before the 7 of November 2016 will be central to the investigation, authorities will investigate the use and initiation of whistleblowers, as well as potential violations of the Foreign Intelligence Observation Act (FISA).

In September, an informant who worked for US intelligence, 2016, presented himself as a researcher at the University of Cambridge and tried to identify any possible links between the Trump campaign and Russia from George Papadopoulos, Trump's former foreign policy adviser. Papadopoulos told Fox News that the informant was trying to “seduce” him in a “strange” episode.

Durham had previously investigated corruption in law enforcement, the destruction of the CIA’s video recordings, and the FBI’s Boston office relations with gangsters. He is going to continue the work of the chief federal prosecutor in Connecticut.

In January, Republicans from House of Representatives Jim Jordan and Mark Meadows wrote a letter to Durham asking for a meeting, stating that they “discovered” that the Durham office “is investigating the unauthorized disclosure of information by the FBI adviser to James Baker”.

The new case of Durham will be conducted in parallel with the investigation of the General Inspector of the Department of Justice, Michael Horowitz, who since March 2018 has been examining potential violations of FBI supervision procedures.

Republicans also appealed to Utah state attorney John Huber, who was appointed a year ago by then Attorney General Jeff Sesshn to review not only violations of the oversight by the FBI and the Department of Justice, but also an investigation by the authorities of the Clinton Foundation.

Durham’s appointment occurred about a month after Barr told Congress members that, in his opinion, “espionage did take place” in Trump’s campaign on 2016. He later said he did not mean anything offensive, and noted that he was assembling a team to study the results of the investigation.

The report of the special prosecutor Robert Muller said that the Trump campaign did not enter into an agreement with the Russian side, despite the numerous proposals of the Russians. 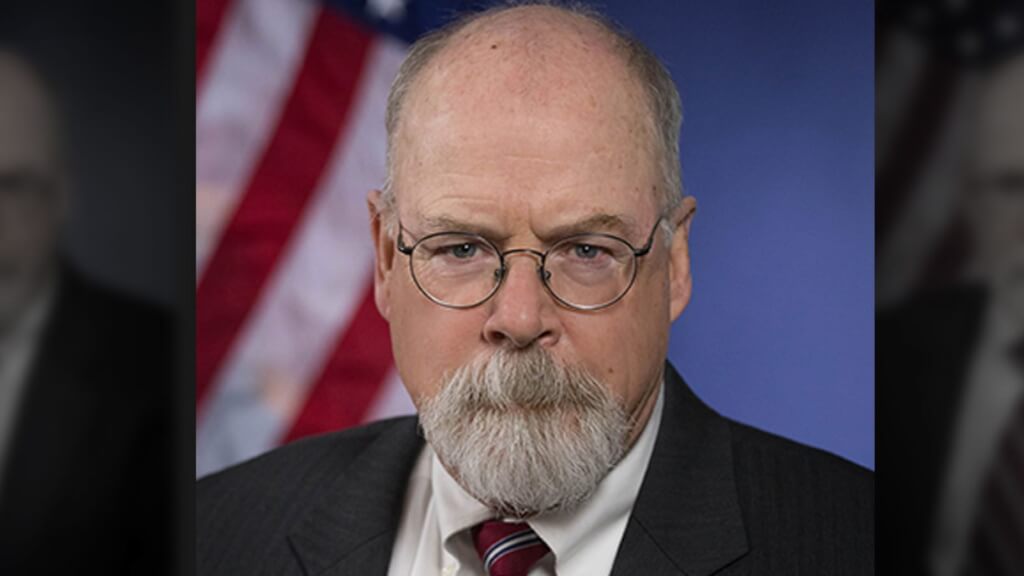 By issuing a secret warrant to spy on Trump's former assistant, Carter Page, the FBI simply copied from the controversial article in the Washington Post that Trump’s company had been compromised. The bureau also repeatedly assured the court that it “did not believe” the involvement of the former British spy Christopher Steele in an article in Yahoo News, in which it was said that Page mentioned mentioning an agreement with the Russians.

On the subject: American journalist traced the connection between Biden, Clinton and the Ukrainian oligarch Pinchuk

But the London court records showed that Steele had informed Yahoo News and other reporters in the fall of 2016 about the direction of Fusion GPS, an opposition intelligence and research firm behind the dossier. This company also worked with Ukraine and, according to some assumptions, collected information in favor of the democrats.

FBI internal text messages received by Fox News at the start of 2019 showed that a senior Justice Department official expressed concern about bias in the FISA warrant, but FBI officials insisted on keeping things as they were.

“There is a classified document containing a dossier - all of its pages. There really is no evidence, except for media reports created by journalists, ”said Lindsay Graham, Chairman of the Senate Judicial Committee.

On the subject: 'Hysteria and Russophobia': Russia gave an official response to the investigation of Muller

Graham specifically quoted John Hill’s message from The Hill that Steele, an FBI confidential informant, explicitly admitted to a State Department contact that he “wanted to merge” his discredited file in order to influence the election of 2016 of the year.

After Muller’s report, the demand for Trump’s products rose sharply: what they buy most often

“What is the problem?”: Prosecutor General Barr answered questions from the senators about the “Russian case” in Muller's report

NYT: Trump and his people have more and more questions to Biden about a conflict of interest over Ukraine