Spring has come, which means that the time for flowers has come. Across the country, colorful plants make their way to the surface, transforming monotonous landscapes into colorful, fairy-tale landscapes. Edition Thrillist has compiled a list of the best places to enjoy the luxury of flowers. 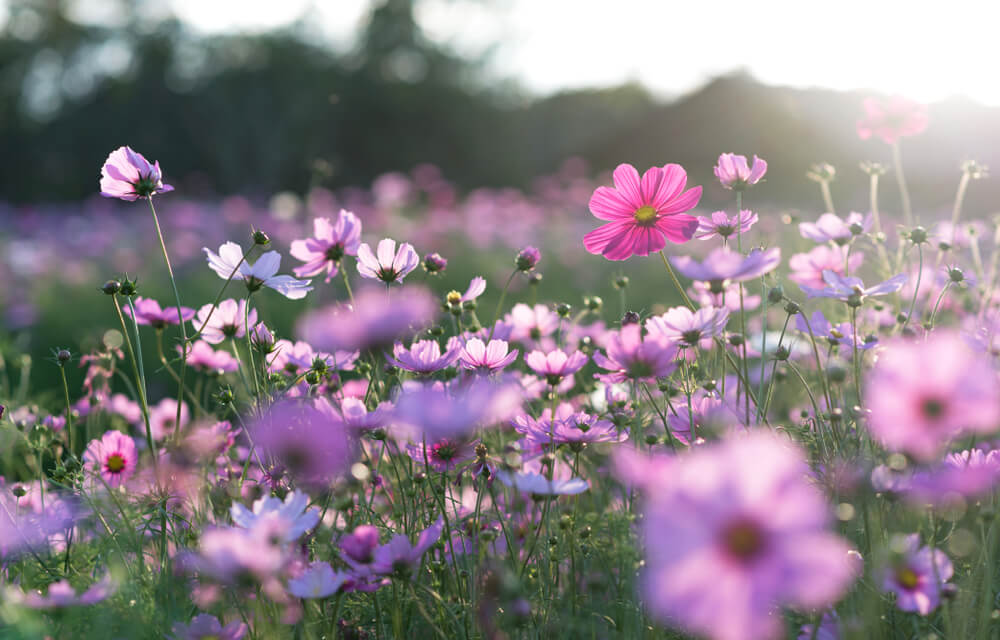 While officials aren't expecting an abundance of wildflowers this season, some are already making their way. Patches of desert agave, cactus, desert apricot, and purple verbena have been found, especially in darker areas where the ground holds moisture longer.

This is one of the largest national parks in the United States. It is the hottest and driest. For the full development of wildflowers, a combination of circumstances is required: the absence of dry winds, a sufficient amount of solar heat and rain during the winter months.

On the subject: 15 most beautiful places in America to visit in spring

But even if the park doesn't have many flowers, you can still see daisy-like plants, golden evening primroses, desert dandelions, lupines, and desert wormwood. And if you're lucky, you can see the rare and endangered Eureka Dunes evening primrose.

This year there were some minor problems in the valley. She still looks dry and barren. But maybe this is for the best, because in the past, fields of poppies, fiddlesticks and forget-me-nots were such a sensation that visitors trampled everything around to take a good picture.

Mexican poppies have already started to appear in the park. Since prehistoric times, travelers have enjoyed its abundance; The park itself is part of a volcanic stream, and it has a place in history as the site of the Battle of the Picacho Pass, the largest civil war clash in Arizona. During flowering, its hills glow with a yellow sea, alternating with saguaro, chuparose, raspberry and various types of cacti.

The good news: Despite a harsh winter that set records and left millions without electricity, forecasters predict that nature will compensate for the winter inconveniences in Texas this spring. An abundance of flowers will be observed in several cities at once. Ennis appears to be the official city of Bluebonnet in Texas, and Chappell Hill will host the official Texas Blue Bonnet Festival on April 10-11 this year.

Look out for other flowers as you travel, such as lilies, buttercups, chamomile, violets and Texas mountain laurel.

More than 1000 species of wildflowers grow here, including the beloved glacial lilies, which appear as the snowy fields melt, and bear grass. In early summer, the park is replete with purple asters, thorny lupines and other flowers against the backdrop of red rock ledges.

Crested Butte is called the wildflower capital of Colorado, with flowers such as sunflower, medicinal arnica, and columbine blue. In early July, attend a weeklong Wildflower Festival with over 200 programs, including hikes, art workshops, and photography classes.

On the subject: Best Show of Spring: Where and When to See California Super Bloom

Utah's stunning Cedar Break Monument sits at over 10 feet (000 km) overlooking a half-mile-long red geological amphitheater that turns into a vibrant carpet of 3 species of wildflowers in July. Be sure to download the app in advance to help you identify the 260 most common wildflowers in the park.

Shenandoah National Park is a special world with cascading waterfalls and 1862 species of wildflowers. By May, it's time for pink azaleas, in June - white mountain laurels, and in summer fashionable late euphorbia and orange balsamics appear.

The park is teeming with wildflowers that grow in the Great Plains. Here you will see purple tradescantia, daisies, bells, blue flax, red columbine, echinacea and many other colors.

12 features of life in the US, because of which tourists and immigrants are constantly in an awkward position