Home Selected articles in English From an Employee to an Employer: the Journey of an Indian FinTech Entrepreneur

From an Employee to an Employer: the Journey of an Indian FinTech Entrepreneur

Financial technology, or otherwise known as FinTech, is gradually incorporated into financial institutions, and with a CAGR of 25-30% in the forecast years between 2019 and 2025, it is expected to revolutionize numerous sectors. For instance, implementing a trustworthy and secure Chatbot in banking systems will save banks, by 2023, a whopping sum of $ 7.3 billion. But of course, this is just one minor example of the huge changes digital platforms have to offer for the industry. This is why startups, such as Applied Payments, are flourishing, especially thanks to great entrepreneurship minds, such as Renjith Jose George Palamattom, behind them. With a strong sense of vision, great passion, and a strong team of experts, Palamattom has started one of the leading startups, not just in FinTech, in India today. 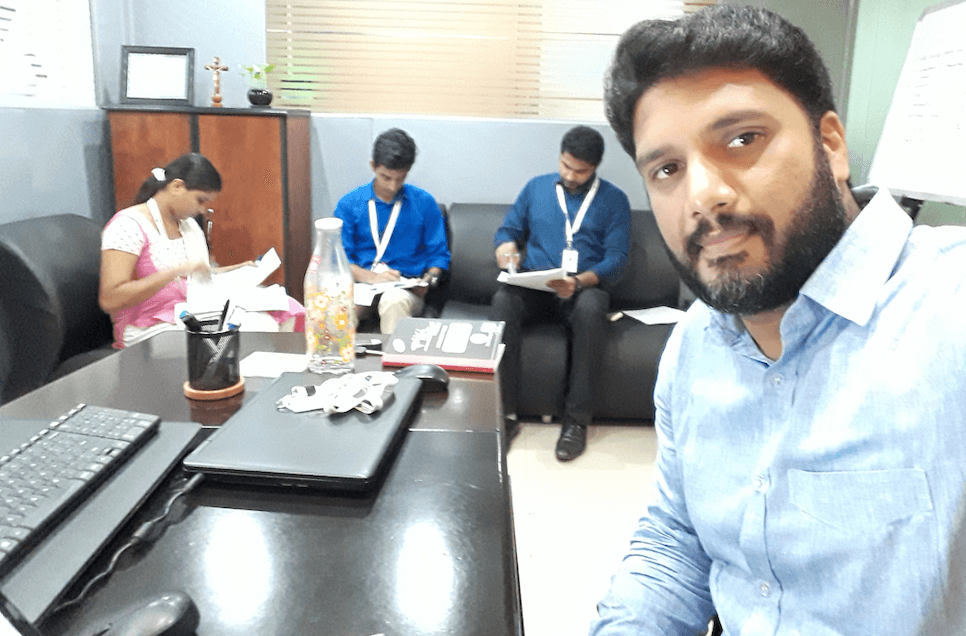 Palamattom has always been a dreamer, one who knows how to dream big yet within his strengths. He tells that as a child, he aspired to be an astrophysicist, relying on his interest and knowledge in physics. However, at the age of 15, as he spent his summers in Frankfurt, Germany (where he acquired his German), Renjith was exposed to the vast world of technology. And thus, he realized this was where he belonged - always marching to the beat of his own drum.

After completing his B. Eng in Computer Science at the Mangalore University and his studies in the Management of Technology with honors at the University of Pretoria, rather than joining a large tech corporation Renjith chose to take the road less traveled. Starting out as Project and Senior System Engineer at S1 Corporation, he was introduced and dove into the payment solution world, working with some of the leading FinTech companies in the market as well as playing a key role in implementing Africa's first Active / Active Postilion payment solution. As he continued to develop at the African digital payment solutions market, Palamattom became a Tech Project Manager at ACI, which was previously S1. In this capacity, Palamattom not only covered varied and complex projects but was also in charge of chairing organization workshops, assisting guiding and mentoring developers and supporting engineers as well as hiring and training new personnel.

From there, Renjith moved on to work at one of Africa's largest financial groups, Nedbank, as a Product Specialist. Developing business and technology solutions, resolving complex technical issues and cross-product integration, among other skills, allowed Renjith to make a name for himself, not only in Africa but worldwide. After a relatively short stance at Paycorp South Africa as a Postilion Consultant and a realization that the South African market was lacking experts in his field, Renjith was ready to enter the market with his own independent consultancy.

While the company was founded in South Africa, after its swift success, Renjith was set to fulfill yet another dream; return to his homeland in India. Thus, he moved the company to India and worked hard to penetrate the Indian market. When asked about one of his proudest moments, Renjith smilingly recalls the recognition of his startup by the Federation of Indian Chambers of Commerce & Industry as one of the best 10 startups in the country. Along with the prestigious recognition also came subsequent funding, and from there and on - anything was possible for the aspiring company. ''

Looking into the future, Renjith strives to make a change not only in the industry of FinTech but also in his ecosystem and human tapestry around him. He states that his personal managerial style is very personal as he hand-picks his employees and believes in nurturing people from within the company. Thus, he is able to create a workplace that is not only groundbreaking in its contribution to the industry, but is also one that allows for growth and learning; one that will surely constantly strive for excellence and innovation.

The Inspirational Story of a Leading Software Engineer