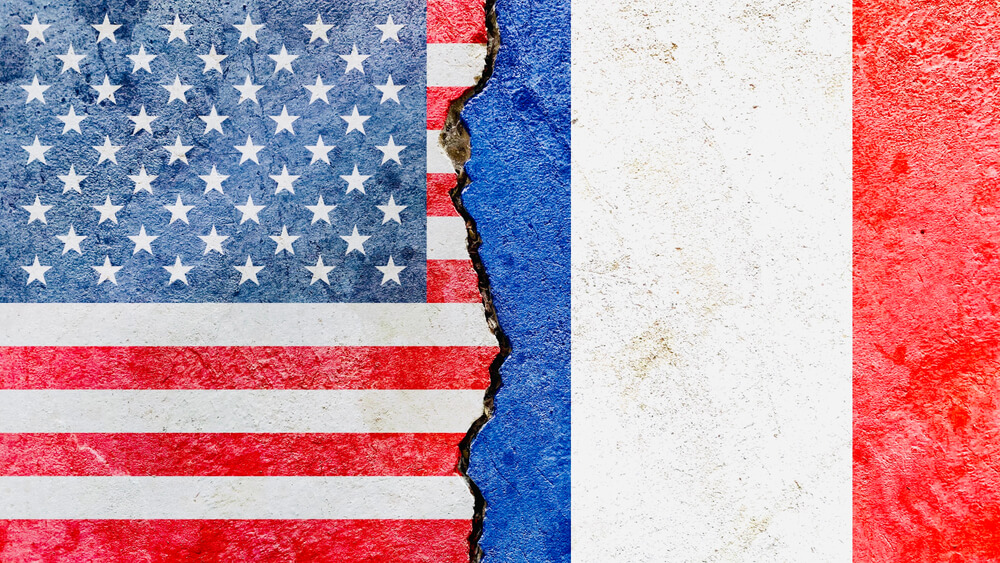 The French foreign minister said the country immediately recalled the ambassadors in protest against a tripartite security agreement that included the development of nuclear submarines for Australia.

“At the request of the President, I have decided to immediately recall our two ambassadors to the United States and Australia to Paris for consultations,” French Foreign Minister Jean-Yves Le Drian said in a statement. "This decision is justified by the seriousness of the statements made on September 15 by Australia and the United States."

A White House spokesman, who spoke on condition of anonymity, said the US President Biden’s administration had discussed with French counterparts the recall of the French Ambassador to the United States, Philippe Etienne.

“We regret that they took this step, but in the coming days we will continue to work on resolving our differences, as we have done at other times during our long union,” the official said.

Joe Biden on September 15 spoke about the new partnership between the United States, Australia and the United Kingdom.

On the subject: How Uzbek created a social network in Australia and immigrated to the USA

Prime Ministers Scott Morrison of Australia and Boris Johnson of the UK joined Biden to announce the partnership. The leaders said the security partnership will seek to enhance stability in the Indo-Pacific region as China expands its military power and influence.

The US and the UK have agreed to help Australia acquire and develop nuclear submarines, which will enable the Australian Navy to help counter Chinese nuclear-powered ships in the region.

“It was a stab in the back. We have developed a trusting relationship with Australia. And now this trust has been betrayed, ”Le Drian stressed.

French officials in Washington have canceled the gala at their sprawling complex.

A French official confirmed that the event, which was scheduled to commemorate the 240th anniversary of the Battle of the Capes, will no longer be held at the embassy in Washington.

"Other parts of the celebration are still ongoing," including a wreath-laying ceremony in Annapolis, Maryland, the official explained. Two other events involving a French destroyer in Baltimore and a French submarine in Norfolk harbor have not been canceled.

US Secretary of State Anthony Blinken told reporters that he and the head of the Defense Department, Lloyd Austin, spoke with their French counterparts about the new security pact ahead of its release.

“Of course, I will not characterize the French side, but from the discussion it became clear that there is still a lot of work to be done in terms of our defense relations with France,” Kirby commented and clarified that they also discussed common problems and interests.

Why France is angry with the USA

The French government says it was betrayed when Australia pulled out of an existing multi-billion dollar defense deal, agreeing instead to get nuclear submarines in a new deal with the United States and the United Kingdom. CNN.

Senior French officials said the deal was a stab in the back.

France could lose $ 65 billion from an existing deal to supply Australia with conventional diesel-powered submarines.

The cancellation of the deal with France, a major global arms exporter, is expected to have a significant economic impact on the French defense sector.

On the subject: Millions of wild cats in Australia destroy entire populations of birds and rodents

The US decision to ditch one of its strongest allies, France, is the result of a power struggle in the Indo-Pacific region - largely against the Chinese threat.

The deal was also announced a day before the European Union was to unveil its long-awaited strategy for the Indo-Pacific.

The submarine deal follows the indiscriminate withdrawal of troops from Afghanistan, which has drawn criticism from NATO allies.

The Americans and Australians emphasize that for the French government, the abandonment of the original contract is not shocking news, as high-ranking French officials were aware of the Australian government's decision.

Retirement Retirement in the United States: Are Immigrants Eligible for American Retirement Benefits

When and how the COVID-19 pandemic will end: 4 scenarios