The main site of the Russian-speaking diaspora in the United States ForumDaily received the prestigious journalistic Ippies Awards in the nomination "Best Design Online Edition." The jury praised the modern and user-friendly site design. 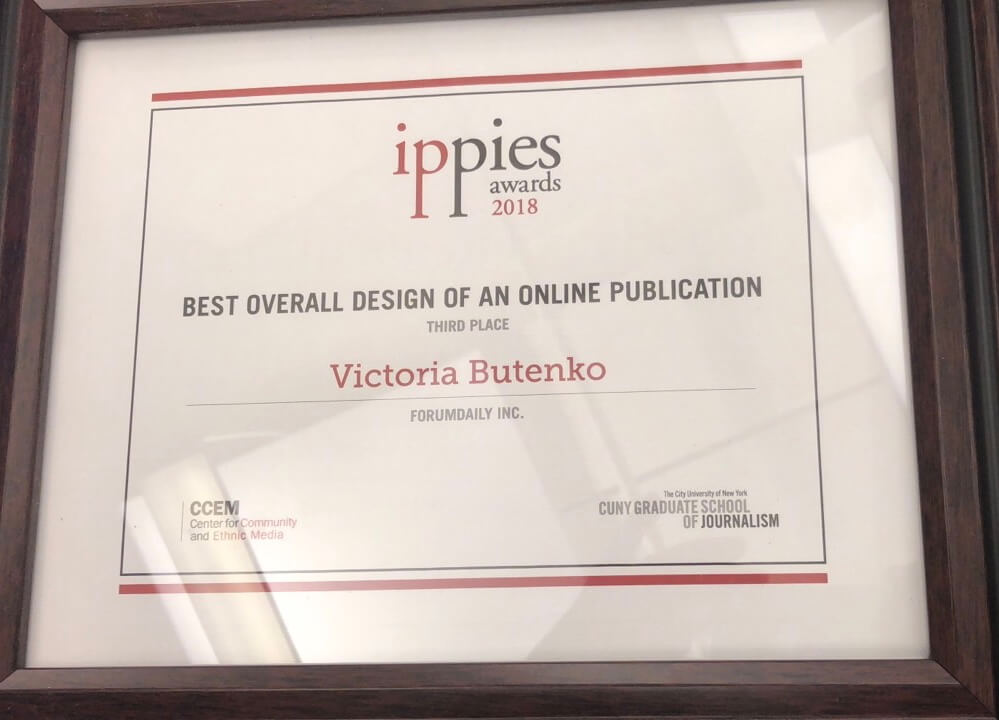 Last year, ForumDaily also received two awards in the competition: for the best article about the community and the best design of online media. In 2017, the jury noted the material of Denis Cheredov "Russian-speaking gays and lesbians start life from scratch in New York". In his text, the author told the gay and lesbian stories from the post-Soviet countries that are heartfelt and often similar to plots from Hollywood films. They are looking for salvation from persecution in their homeland in America and starting their lives in a new place from scratch.

Ippies awards - This is the only competition in New York that defines the best among journalists, photographers, graphic designers, editors, publishers and broadcasters in the ranks of ethnic and community media. The competition is held from 2002 year.

Main site of Russian-speaking America ForumDaily He began working with 2015 of the year, bringing together residents of various states and post-Soviet countries who speak Russian. We write about US and homeland news, tell success stories of Russian-speaking Americans, prepare calendars for events in big cities, and help our readers with useful tips for living in the United States.

Annual audience of the site ForumDaily - about 5,5 million people who view more than 35 million pages of our publication.

The prize, sponsored by Russian oligarchs, chose the judge of the US Supreme Court as the recipient.

Is it worth working in the US just for the money?