Home In the U.S. Coronavirus financial assistance: money comes to the wrong accounts and to the dead

Coronavirus financial assistance: money comes to the wrong accounts and to the dead

About 80 million Americans were supposed to receive financial assistance because of the coronavirus on April 15th. But many reported that when checking payment status online, they found that the money was sent to the wrong account. Writes about it USA Today. 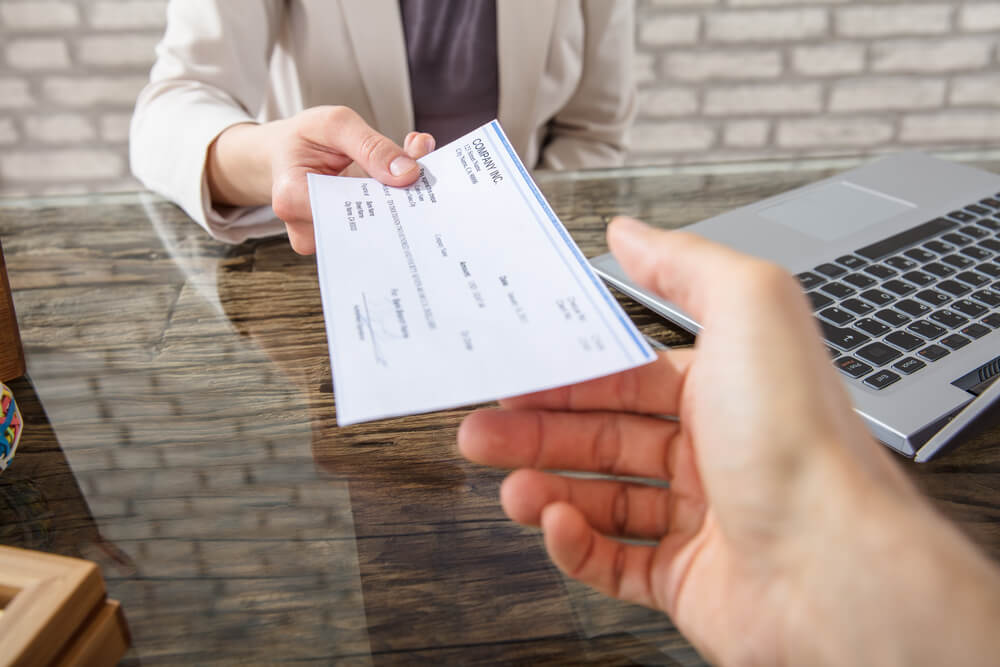 Events developed similarly for several people who contacted the IRS via Twitter. When checking payment status on government payout tracking portal the results show that the money was deposited on April 15th. But the account number to which they were sent, according to the portal, did not match the real account number of the user.

“I was so confused,” said 23-year-old Aime Saldana. "I don't know where they got that number from." Aime works in Ontario, California and planned to use the check to pay bills. “I was sick for two weeks, so I don't have a salary,” added Aime.

The IRS Get My Payment portal says that if you do not see the payment that was sent to your account, contact your bank to check its status. The portal also shows the last four digits of the bank account number associated with the payment.

It is unclear how many people did not receive the payment due to an error in the account number, but many contacted the IRS.

IRS spokeswoman Jody Reynolds said she hadn’t heard anything about credits to the wrong bank accounts, and she’ll deal with this issue.

25-year-old Thomas Krapin from New York planned to use part of the money to pay for the rent. As soon as the information about the deposit appeared on the site, he was “in shock”.

On the subject: 11 ways to improve your financial situation during a crisis

“When checking it, it turned out that the account number to which they transferred the money did not match any of mine. I called my bank and they couldn’t do anything, ”Krapin said.

Chris Rodriguez, a contractor from Lansing, Michigan, has been using the same bank account for almost ten years, so he immediately realized that the numbers did not match.

“You have been waiting for this money and you are in joyful anticipation of receiving it. But when you check the status of the payment, it turns out that the bank account number it was sent to doesn't even come close to yours, ”Rodriguez said.

Reynolds said that people should contact their bank if they think that the money was deposited in the wrong bank account.

If the money was sent to a bank account that does not match the name of the indicated recipient, the transfer must be rejected by the bank and returned to the IRS, according to Reynolds.

“The payment will not disappear, it will just settle here,” Reynolds said. "In the end, we will write them a paper check and do our best to ensure that everyone gets their money."

Douglas Johnson, Jr., a financial and banking consultant in California, said taxpayers who believe their money was sent to the wrong bank account should contact the IRS via the agency’s website and report the problem.

On the subject: Coronavirus financial assistance: how to set up and track a money transfer

“It’s up to the IRS to track down which account the money went to,” Johnson said. "But figuring out where the money went is not the taxpayer's responsibility."

“It would be very logical if you could go to the IRS and just give them the correct account number and get your money,” Johnson added.

Anat Admati, a professor of finance and economics at Stanford Graduate School of Business, said the issue boils down to government responsibility.

“This is a massive operation, and let's hope they know what they are doing because people need this money,” Admati said.

People across the country write on social networks that relatives of some deceased Americans received notifications of crediting government assistance to the accounts of their deceased loved ones. Now these relatives are wondering: what to do?

As of Friday, April 17th, on Internal Revenue Service website there were no indications of erroneous payments sent to the dead.

This is not the first such mistake. In 2009, the administration of President Barack Obama, in the framework of the program of assistance to victims of the Great Recession, sent about 89 checks in the amount of $ 000 to each dead or prisoner.

As a result of an audit conducted in 2010 by the Office of the Inspector General and the Office of Social Security, it was found that 71 of these checks were sent to the dead. But 688 checks issued at that time by mistake were eventually returned.

On the subject: Over 10 options: how to get financial assistance in the USA during the COVID-19 pandemic

Cashing out social security checks issued to someone else is illegal in the US, but rarely prosecuted when it comes to small amounts.

As part of payments in 2009, at least one person who was held accountable for cashing a check issued to him is not known.

To minimize fraud, the Social Security Administration (SSA) checks the payment lists with the so-called “main death file”. However, an audit of payments to victims of the Great Recession showed that some deaths were recorded after the administration approved the list of recipients of these payments, and the SSA “relied on dubious data” or failed to verify all available records.

About $ 2009 million of erroneously issued payments were not returned from federal payments in 12.

How to get a refund for canceled travel, events and services

Financial assistance in connection with the coronavirus: now you can specify the invoice for sending and track the payment

Top 10 countries where you can buy a residence permit: in some…

Top 10 countries where you can buy a residence permit: some for $19